The Goldshoulder rosy tetra, Hyphessobrycon paepkei, has been described only a few years ago, the type specimens originated from our fishhouse. THe natural distribution is in the Rio Negro in Brazil. Usullay onyl a few specimens could be selected from shipments of other species, but now we are able to offer the beautiful Goldshoulder rosy tetra on a regular basis. Regarding keeping this fish: it does not differ in any respect from well known, closely related aquarium fish, like the phantom tetras or the rosy tetras. 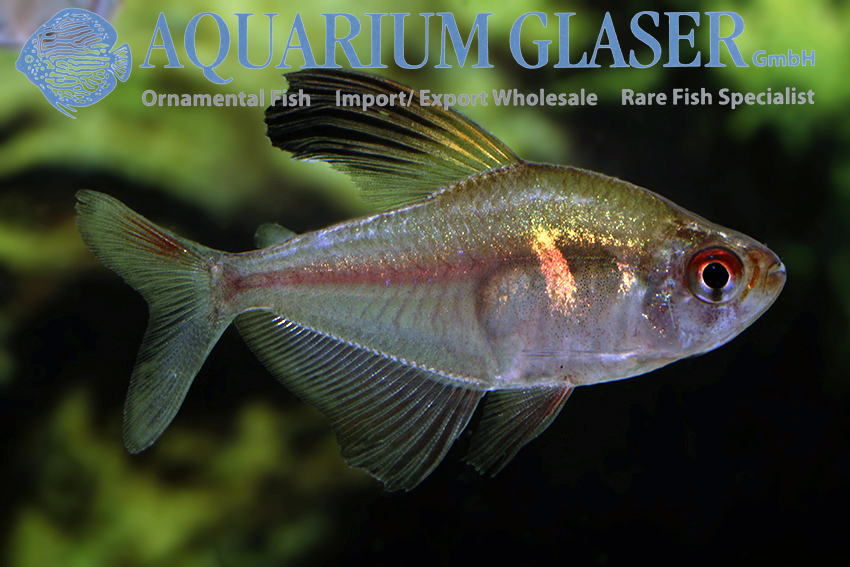 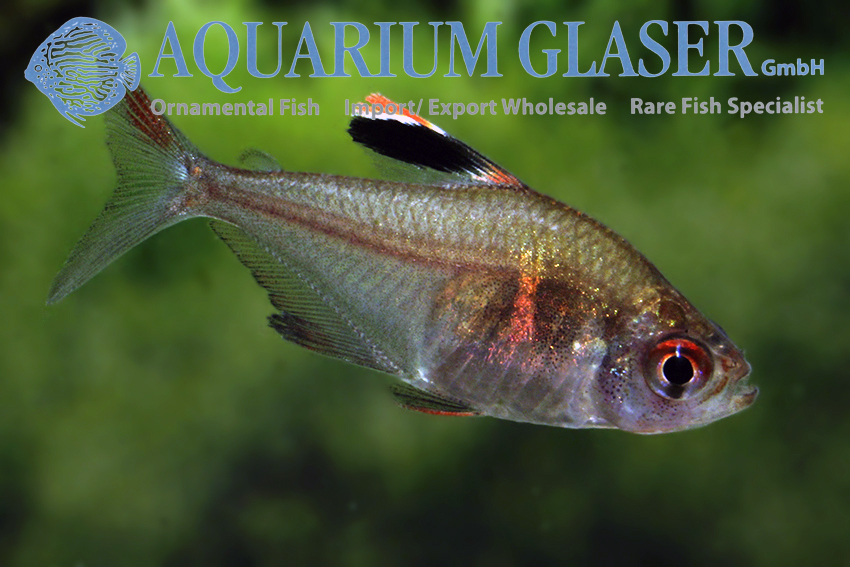 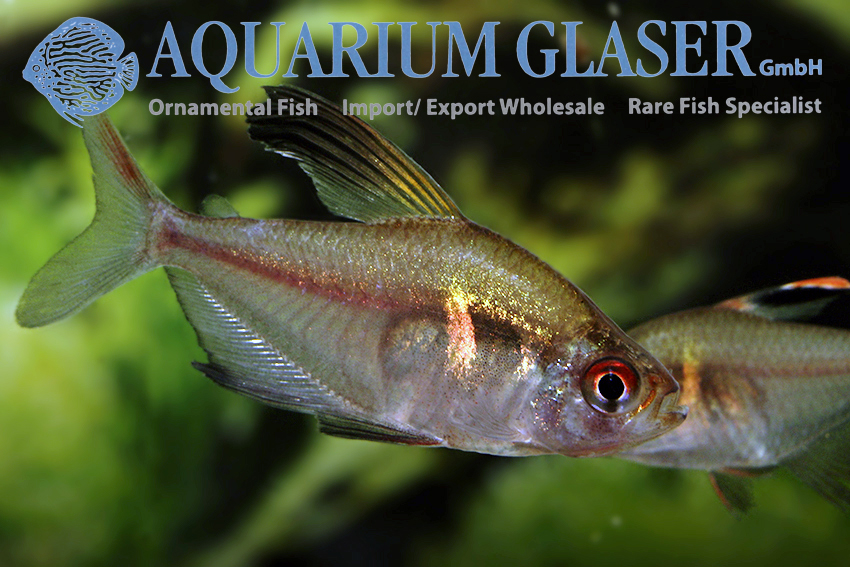 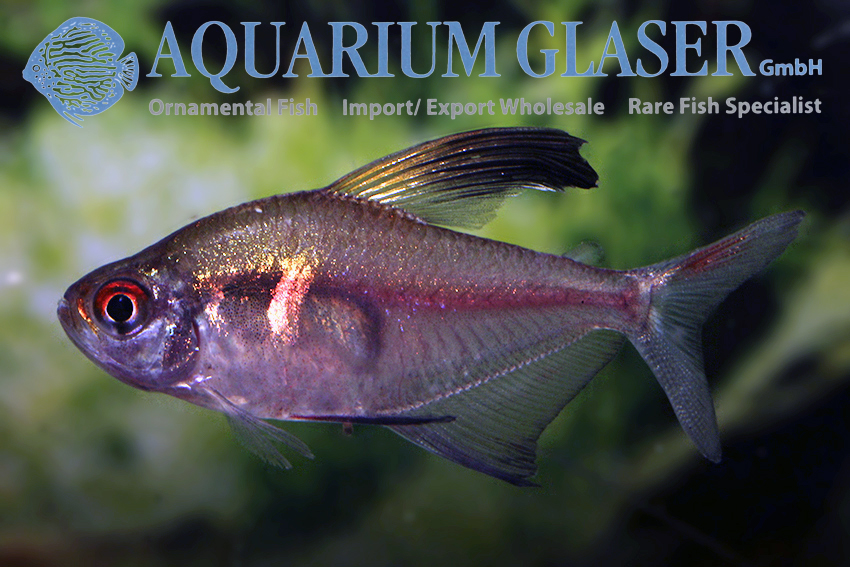 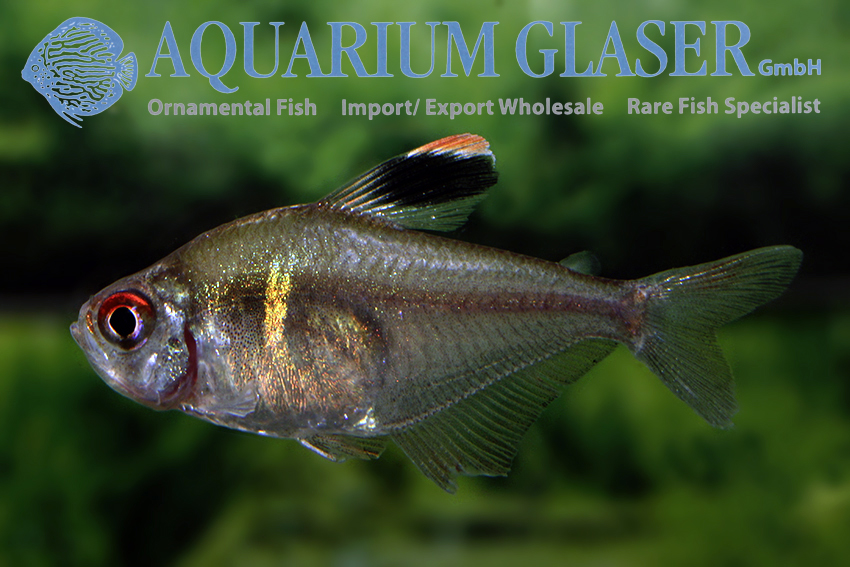 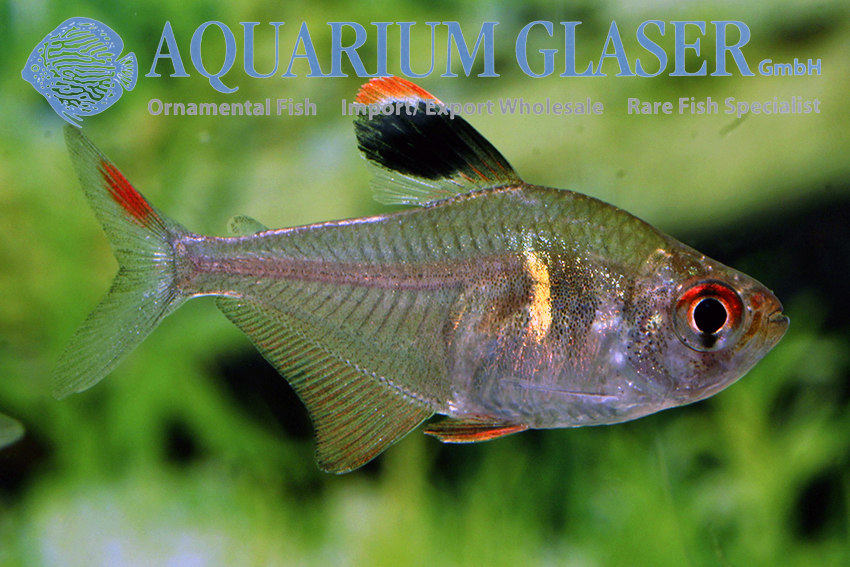 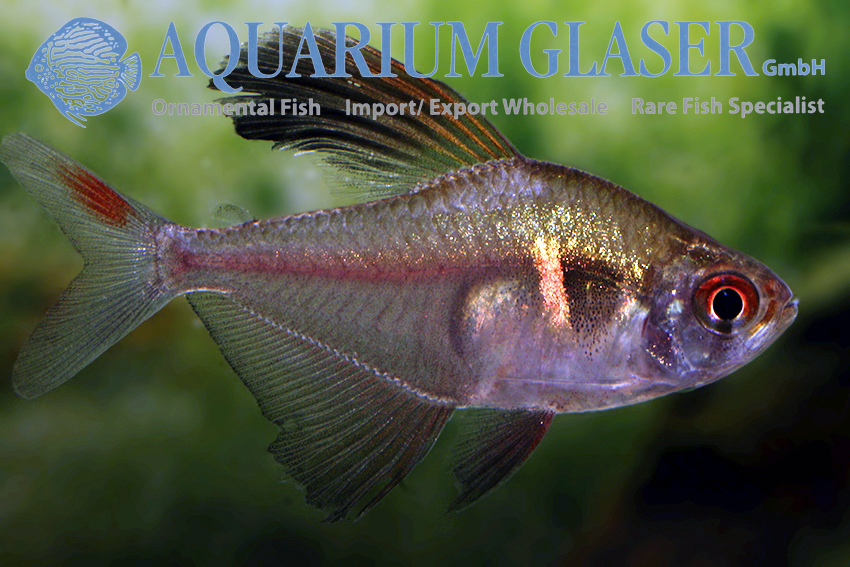 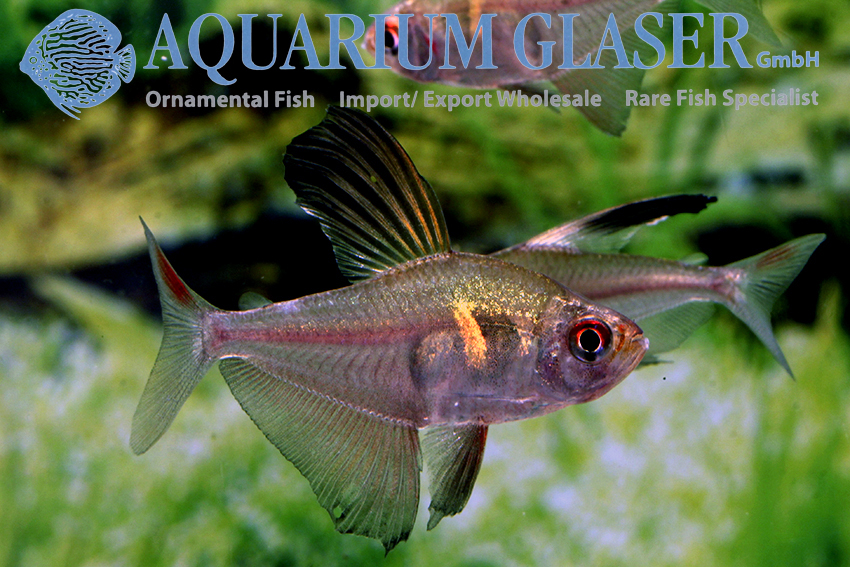 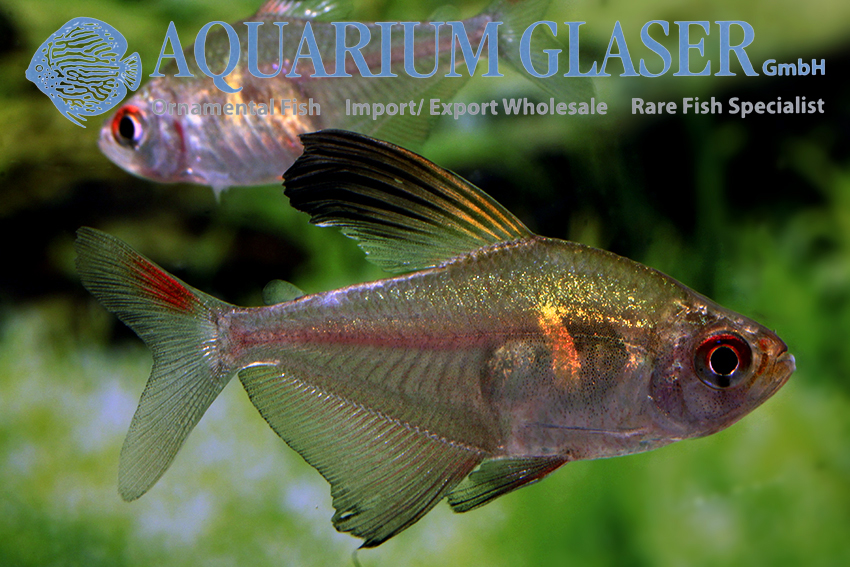 For our customers: the fish have code 261474 on our stocklist. Please Note that we exclusively supply the wholesale trade.

The Serpae tetra is one of the most popular tetras at all. This is doubtless due to its intensive red coloration. In respect of the behaviour one cannot trust them too far. They have the nasty tendency to bite off pieces of finnage from other fish, also from conspecifics. 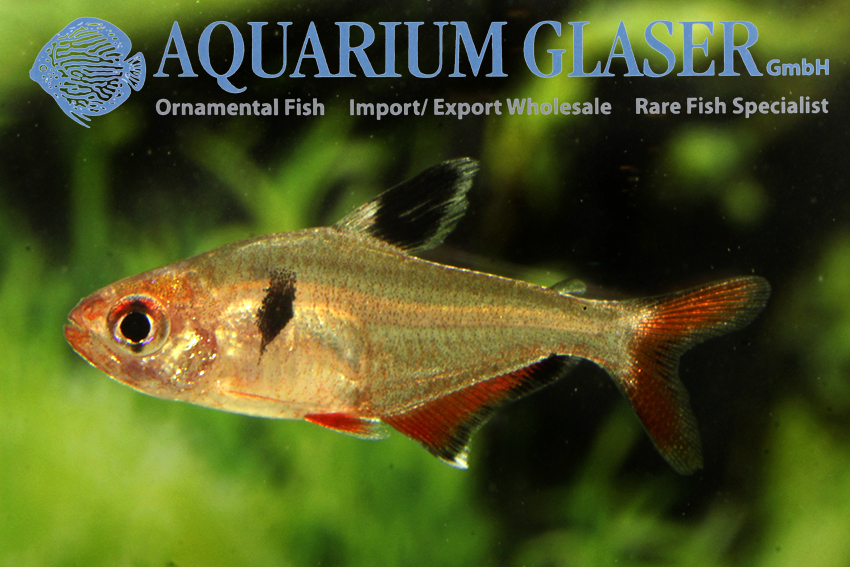 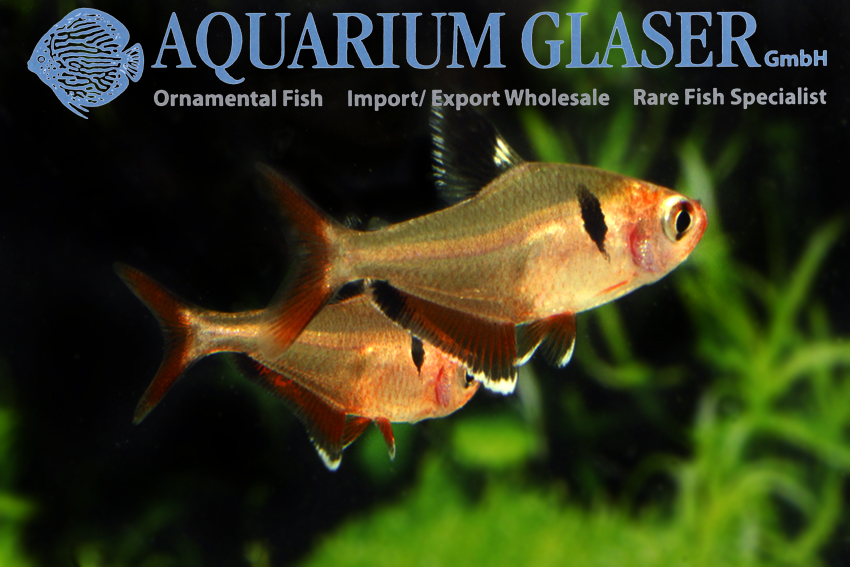 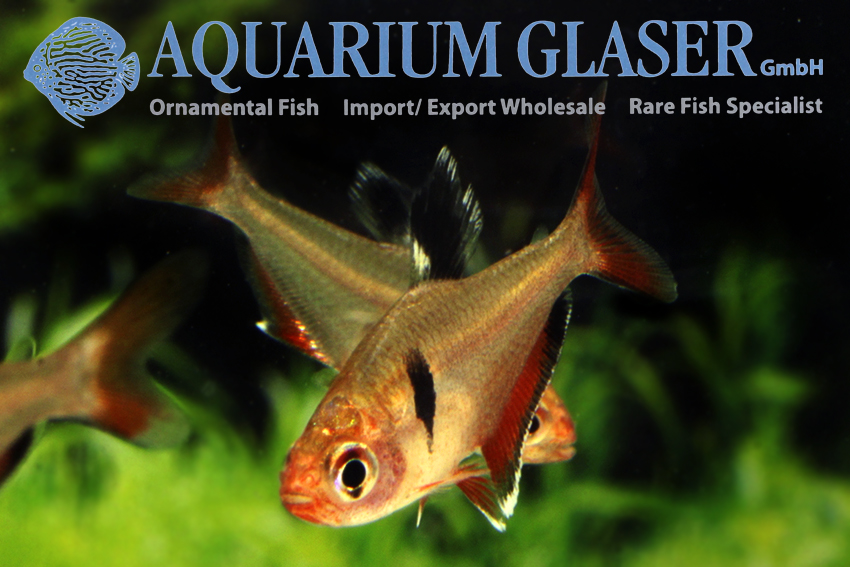 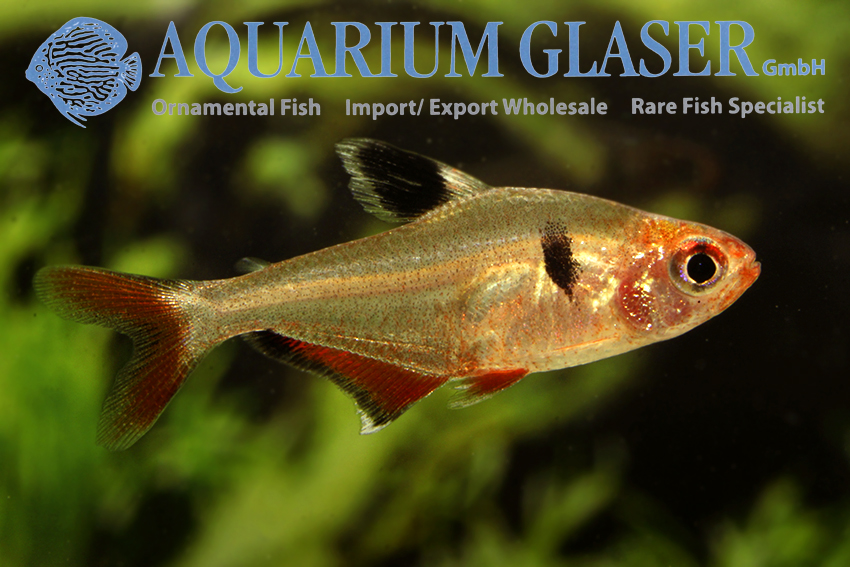 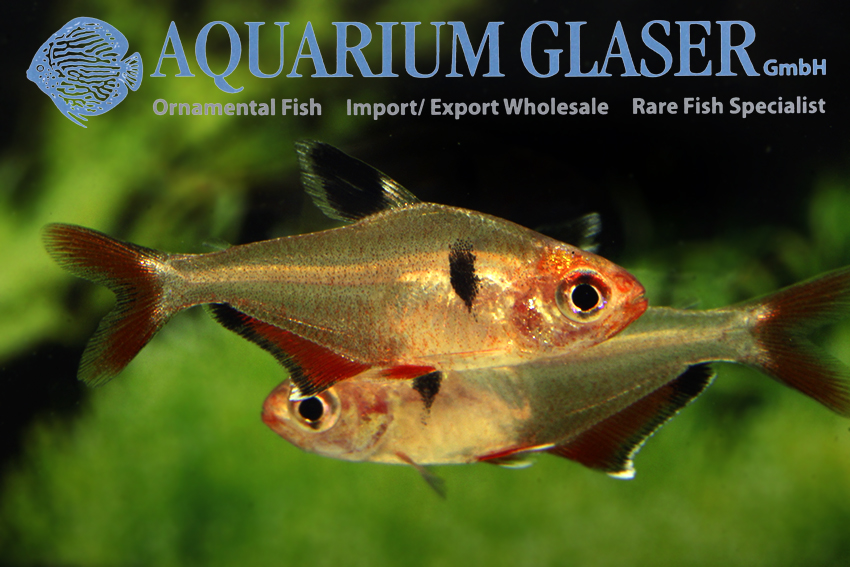 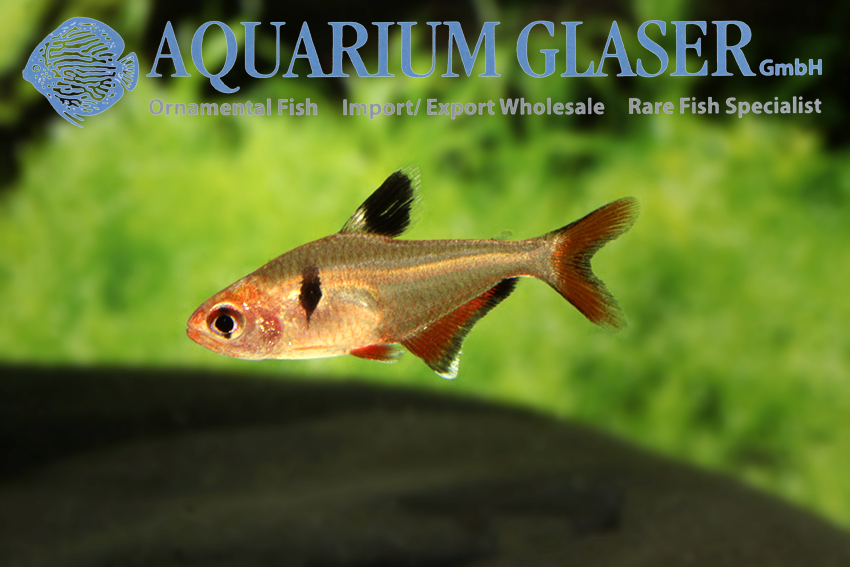 From a scientific point of view the Serpae tetra is subject of a controversial debate that lasts already for more than 50 years – and still no satisfying solution has been published yet. How many species cover behind the common name of „Serpae tetra“? And what is the correct scientific name for them? So hobbyists interested in tetras will for sure be happy that we were able to import now some wild collected specimens. They originate from the surroundings of the city of Cuiabá in the state of Mato Grosso. Currently these animals are about 3 cm long and thus not fully grown and not full in color yet, but very healthy and lively.

The import happend in July 2017. We kept some specimens in our fishhouse to see what would become of them. They go for sale now, too. The fish became very nice, graceful Serpa tetras. The most remarkable thing is that they are very peaceful against each other. Of course the males display against each other (as it is usual in the tetra family), but they don´t even hurt the finneage of the competitor, as it sadly often happens in aquarium strains.

For our customers: the fish have code 261932 on our stocklist. Please note that we exclusively supply the wholesale trade.

In a shipment containing Hyphessobrycon socolofi (Socolof´s bleeding heart) we found an extraordinary large number of bycatches. Allmost half of the shipment were another species, obviously a close relative of H. ornatus (Rosy tetra). We took a closer look and found the the bycatches were the Goldshoulder rosy tetra, H. paepkei. This species has been described only a few years ago, the type specimens also originated from our fishhouse. Usullay onyl a few specimens could be selected from shipments of other species, but this time we had quite a good number. So we decided to assort them. A nasty buisiness, but now we were able to offer the beautiful Goldshoulder rosy tetra for the first time on a regular basis. Regarding keeping this fish: it does not differ in any respect from well known, closely related aquarium fish, like the phantom tetras or the rosy tetras.

Another new species also reached us in former times in single specimens only from the Rio Negro region. Without any doubts the animals are identical with the tetra illustrated on page 472 of „the bible of tetra lovers“, Gery´s „Characoids of the world“. The caption says „Hyphessobrycon agulha, or close to it“. In contrast to all the different varieties of tetra that look similar this one has very attractive red stripes in the caudal fin. This new tetra is also comparable in respect of aquarium demands to a very well known one, namely the Black Neon, Hyphessobrycon herbertaxelrodi.

For our customers: Both species were available in limited numbers only and are sadly sold out already.