What the Corydoras are in South America, the Schistura loaches are in Asia. In hundreds of species they populate practically every stream and smaller river of the tropical and subtropical regions of the continent. In many cases, identification is difficult or impossible. Not so with Schistura savona from India. Its “half band” pattern with white belly makes it almost unmistakable despite all intraspecific variation.

In contrast to many other Schistura species, S. savona is a peaceful fellow and also remains very small with about 4 cm maximum length. Thus it fits into every community aquarium with stream character. The species is very sociable, therefore it should be kept in groups of 10 or more. The males are clearly smaller than the females.

The substrate should consist of fine sand at least in places. Some roots and flat, rounded stones should also not be missing. Any fish food of suitable size is eaten, plants are not bothered, at most accidentally dug up. Schistura savona is a fish of the subtropics, so it does not need additional heating in room aquariums: temperatures between 16 and 26°C occur in the natural habitat of the fish. However, the fish should not be exposed to sudden temperature changes, changes up or down should be gradual. No special demands are made on the water composition, any tap water suitable as drinking water is also suitable for the care of S. savona.

For our customers: the animals have code 438701 on our stock list. Please note that we supply exclusively to wholesalers.

There is a very great number of scientifically described species of Schistura – more than 300. About 200 of them are currently considered as valid. Only very few species have been imported so far as aquarium fishes. One of the most spectacular of them Schistura cf. balteata, a species collected in the region of Ranchaburi. This population can be recognized by the spotted dorsal fin. Another colllecting site is near Kanchanaburi. Here the fish have only one band on the base of the fin.

The biotope is said to be a small rivulet, the water never deeper than 20 cm. The water is fast running, cool, and rich of oxygen. The rivulet is running through a wood. 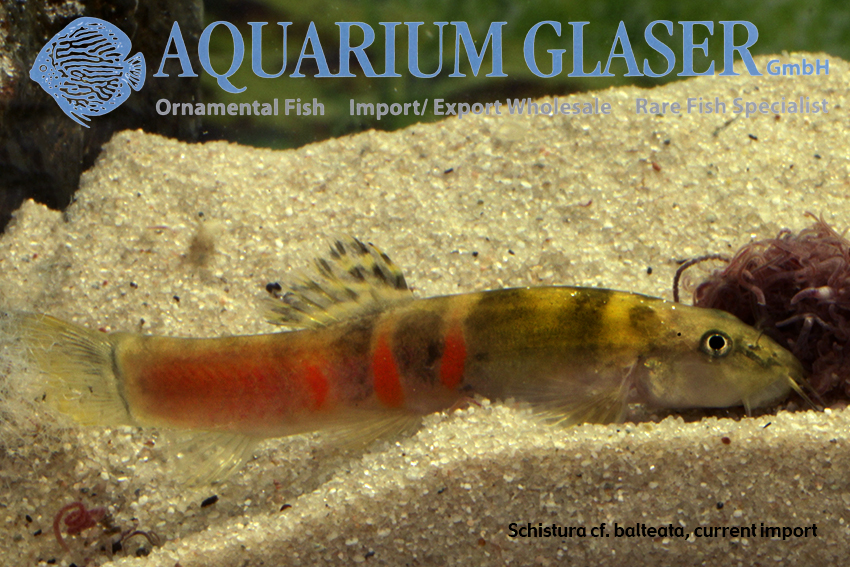 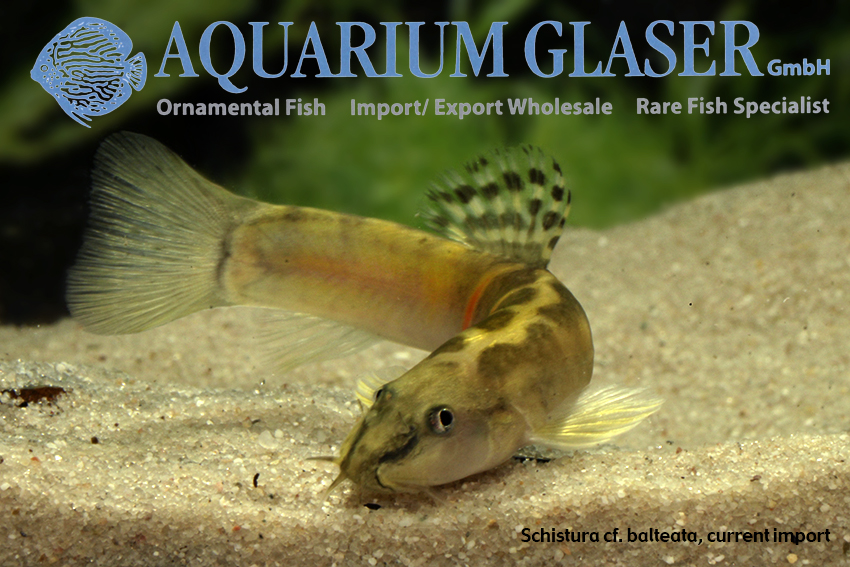 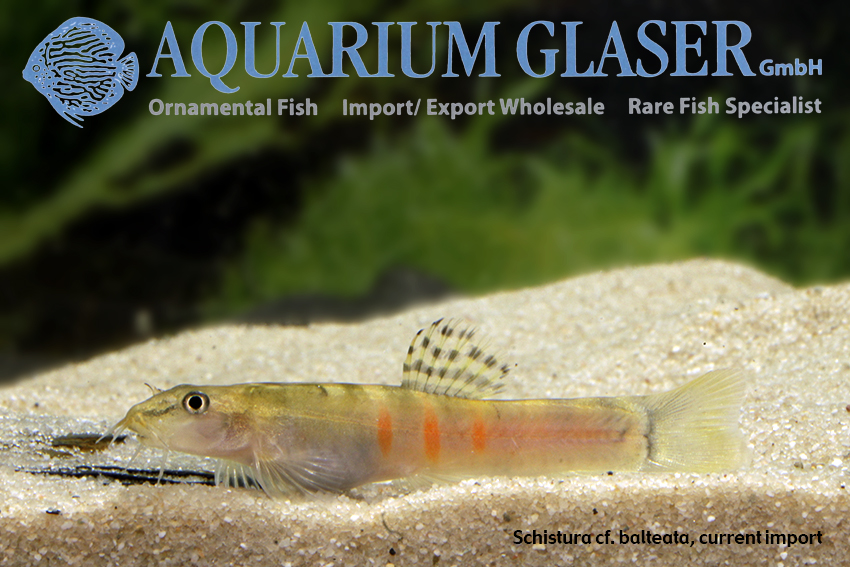 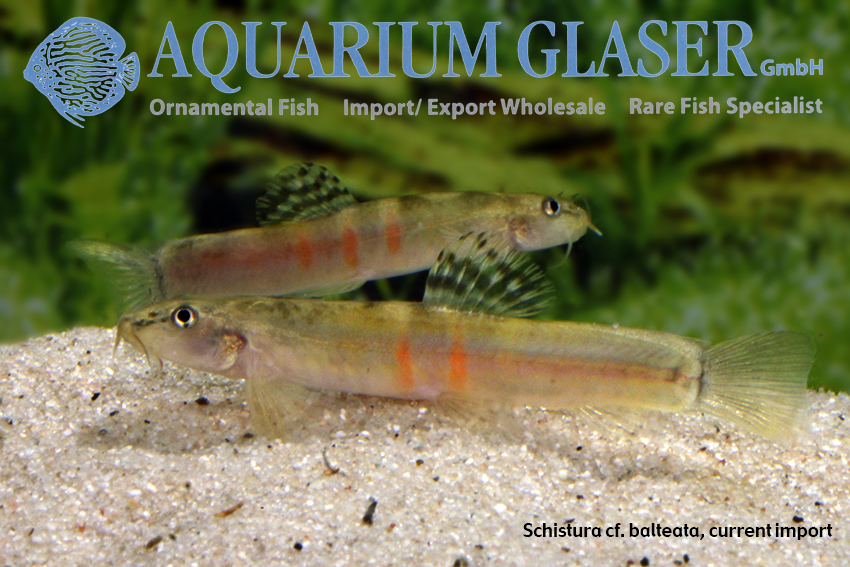 We obtain these fishes about 5-6 cm long. At that size the sexes are recognizable (males have a proportionally broader head). We have heard rumours of about 10 cm long specimens in the internet, but have never seen such large animals ourselves.

Schistura balteata has been described from Birma in 1948. The species has a vertical double band over the middle of the body. Specimens imported from Birma always showed a beige body color, while in Thai specimens the frontal portion of the body can become dark olive and the tail bright red or yellow with dark bars. It is unknown wether the red ones (which are currently imported) and the yellow ones occur together. They have been imported together in the past occasionally. Specimens that do not show the red or yellow tail pattern (this is mood depending) look the same. These loaches can change their coloration drastically and very fast. It is very interesting to observe their behaviour.

These types of Schistura are territorial fish and defend their territory against other fish. So it is necessary to keep these loaches in tanks with a lot of hiding places.

For our customers: the fish have code 454933 on our stocklist. Please note the we exclusively supply the wholesale trade.