Genetic investigations have shown that there is not only one harlequin barb, but several similar forms, which still need to be scientifically investigated.

We have been importing beautiful wild collected specimens from southern Thailand for several years. Their colouring differs significantly from “normal” harlequin barbs: a blue line above the wedge, an orange spot on the base of the tail, and the absence of the typical black vertical stripe behind the gill cover clearly show that these harlequin barbs are a different species.

This southern Thai species has now (May 2020) been formally described scientifically as Trigonostigma truncata.

For our customers. the animals have code 452953 on our stocklist. Please note that we only supply wholesale.

What can we say about the harlequin barb (Trigonostigma heteromorpha) that hasn’t been said 1,000 times already? It is simply one of the most beautiful and proven aquarium fish of all. And also when looking at it 1.001 times is a pleasure to see it. If they didn’t exist, they would have to be invented! We have especially pretty German offspring in stock right now. 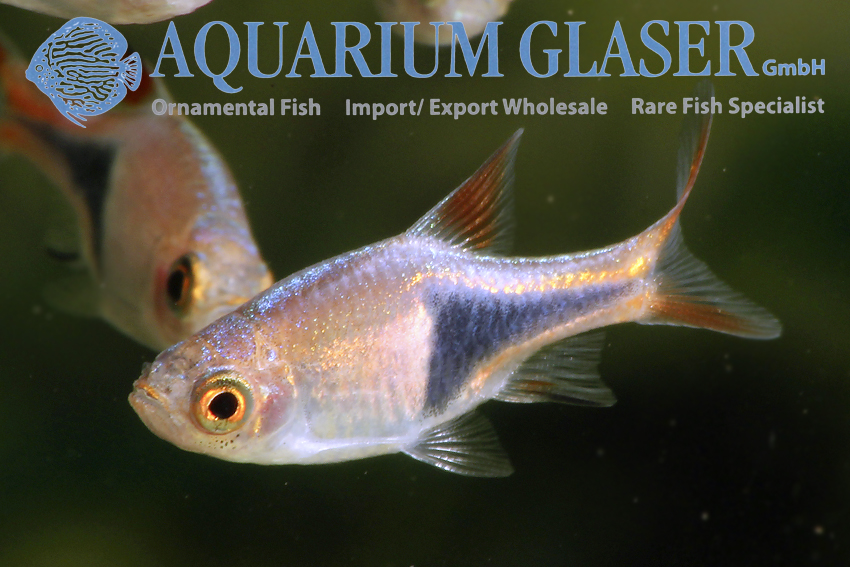 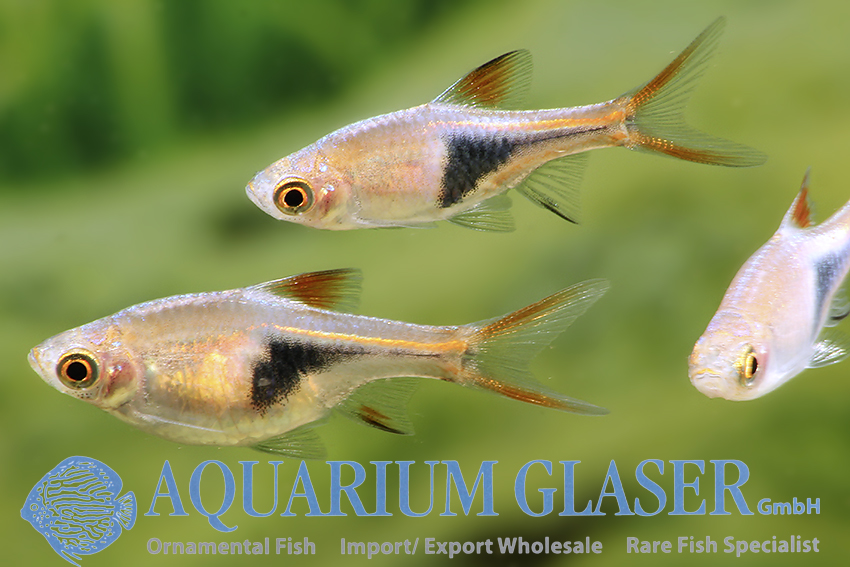 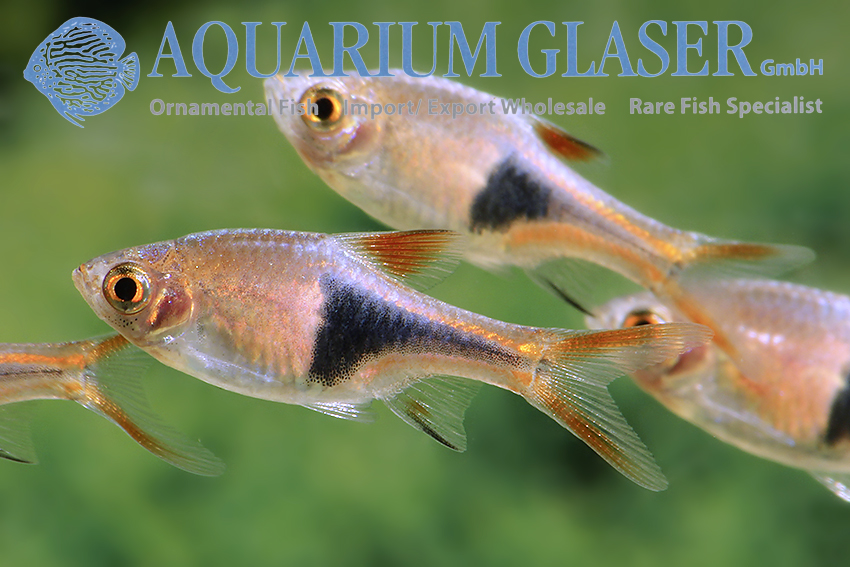 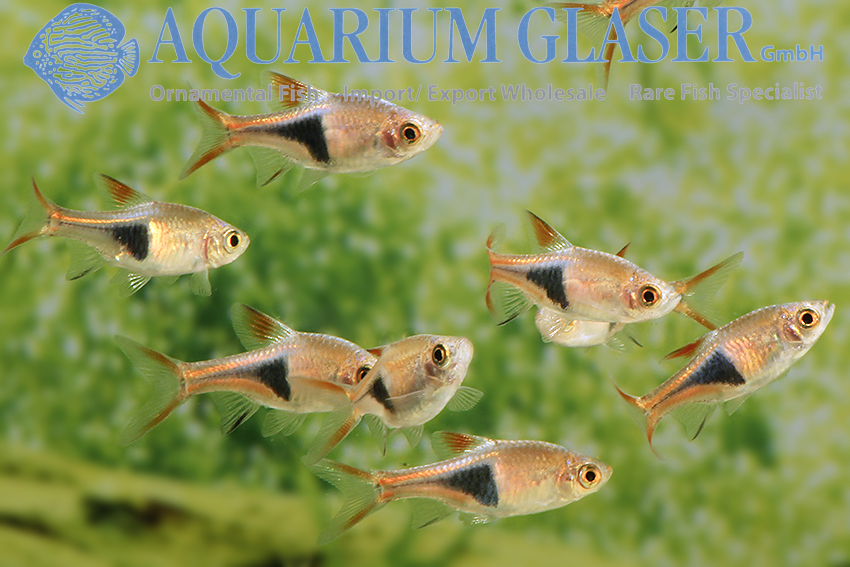 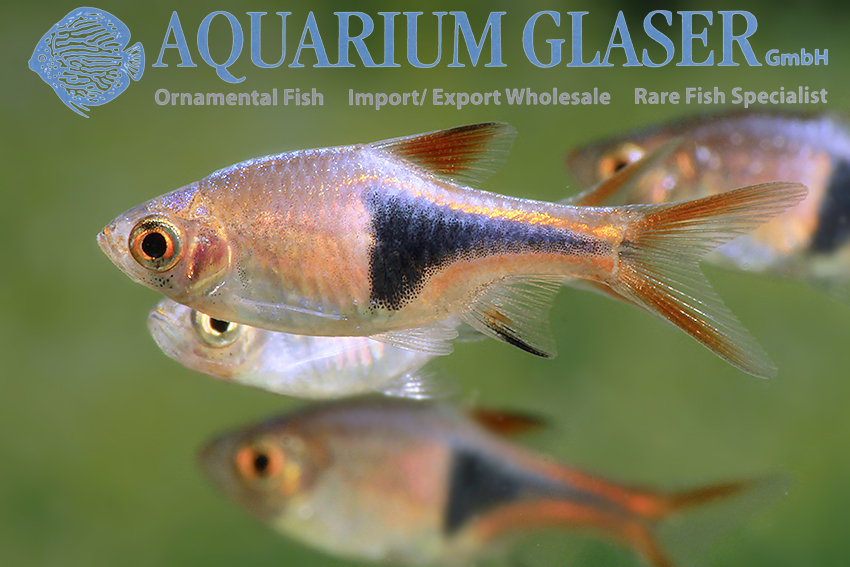 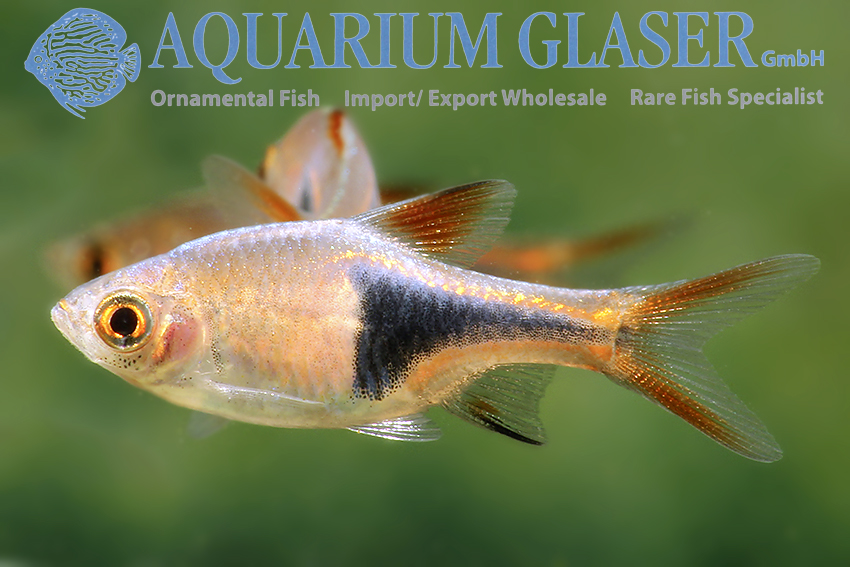 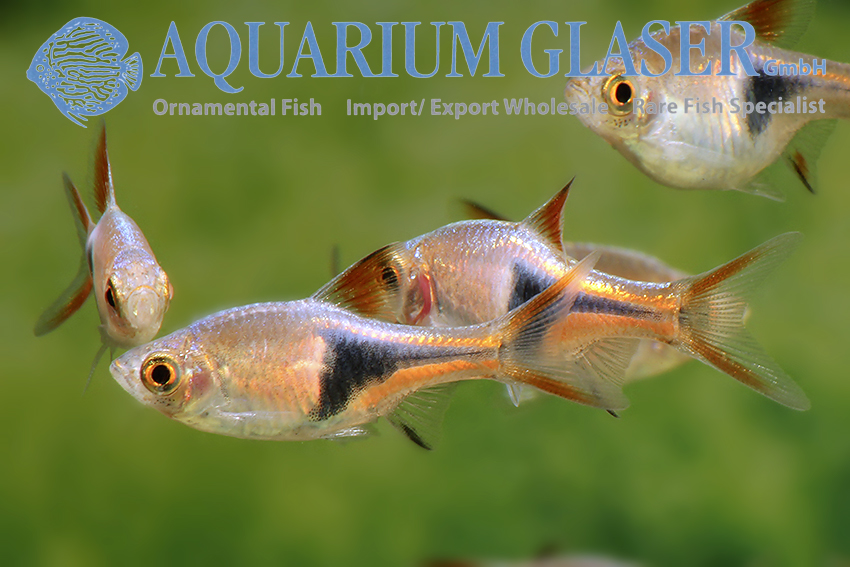 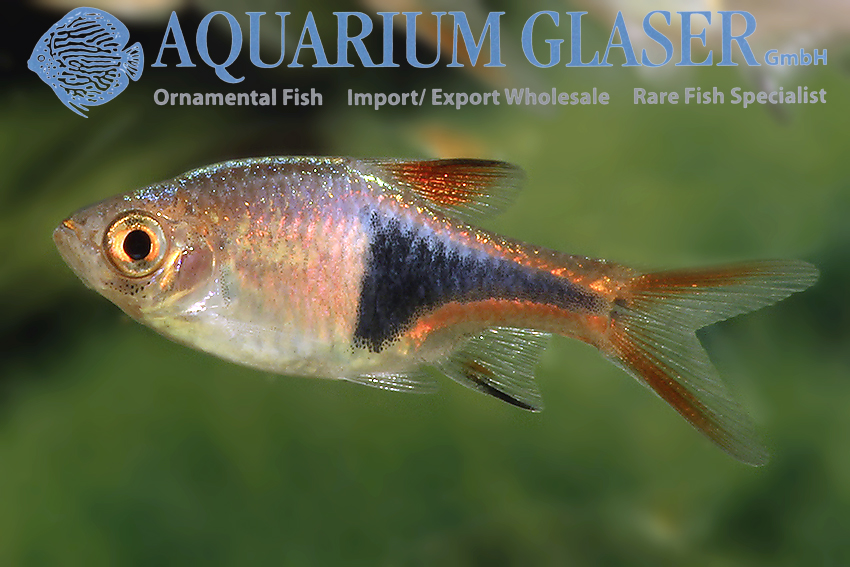 For our customers: the animals have code 452503 on our stocklist. Please note that we only supply wholesalers.

The Siamese Dwarf Rasbora (Trigonostigma somphongsi, formerly Rasbora somphongsi) has been described scientifically in 1958 on the basis of specimens that were imported by the ornamental fish trade by the end of 1957 from Thailand. So the exact type locality was unknown from the beginning. In the original description nothing but “Thailand” was mentioned, later, in the more exact scientific description, Meinken wrote that they originate from “southern Menam (Thailand)”. 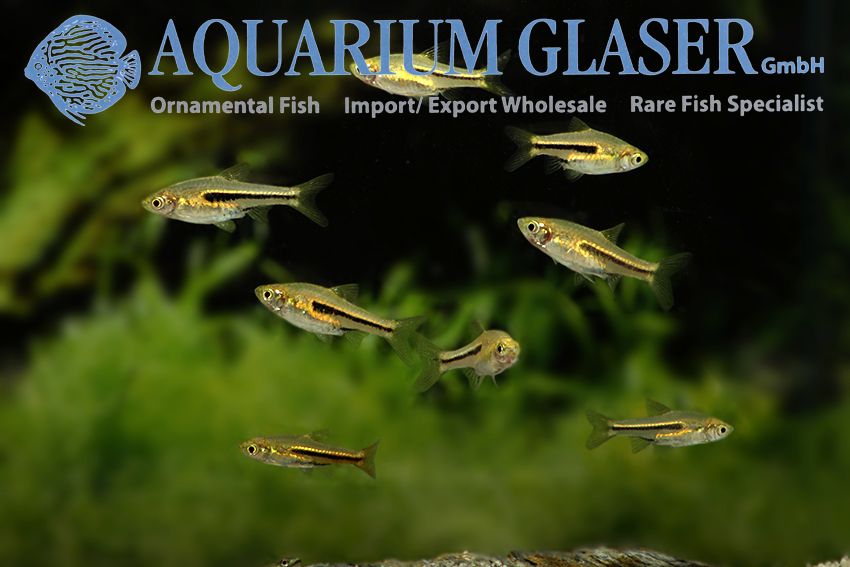 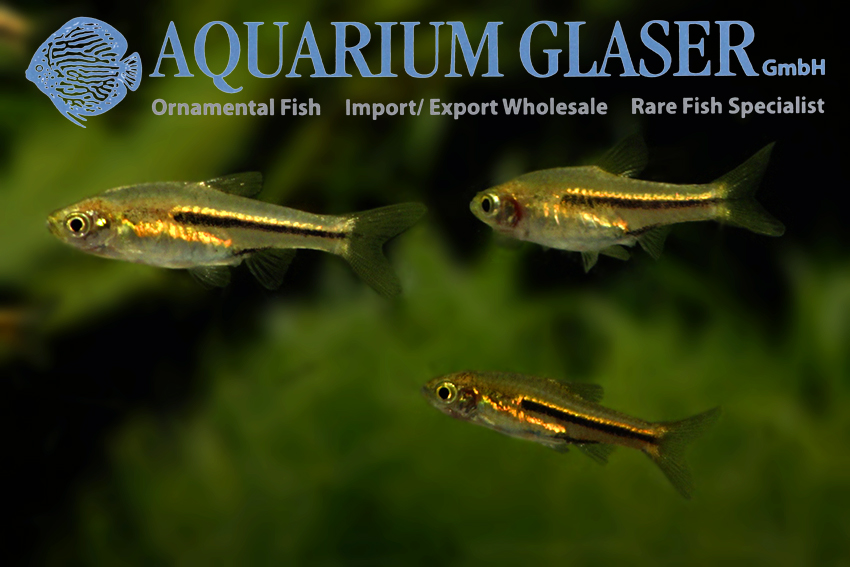 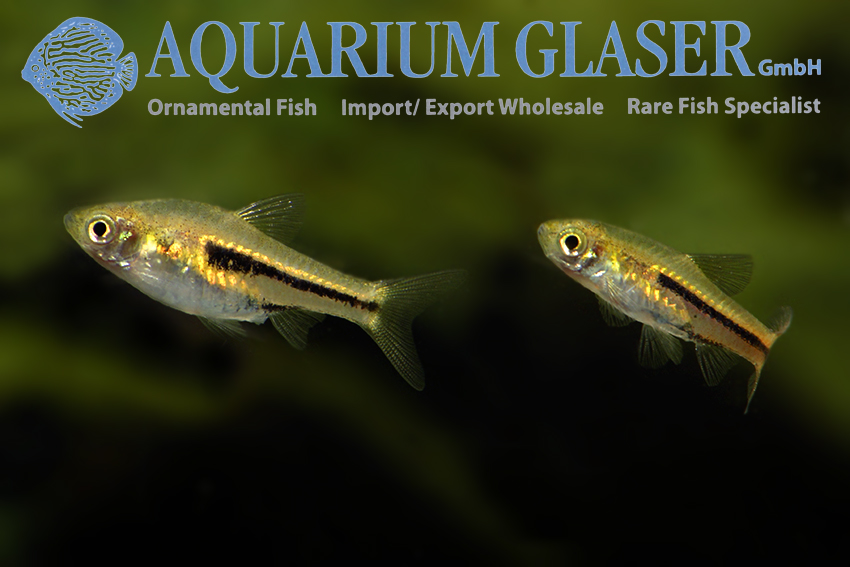 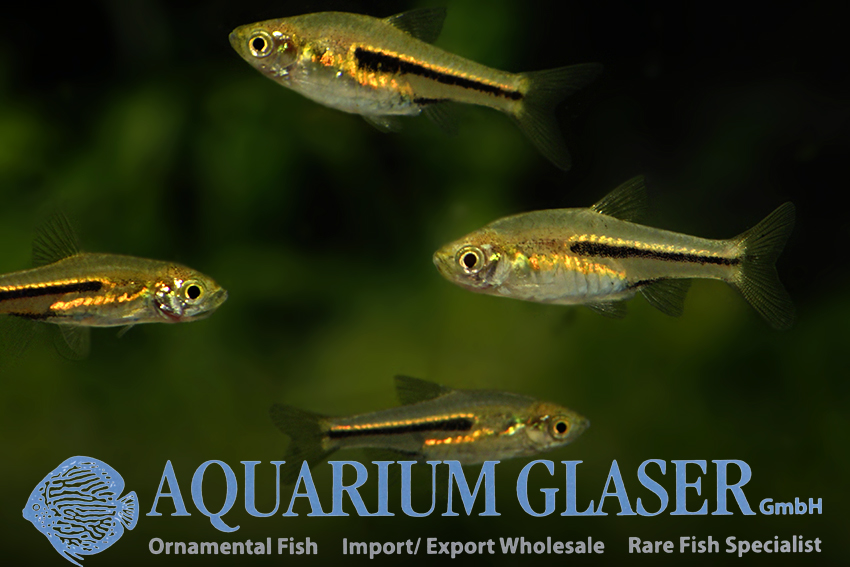 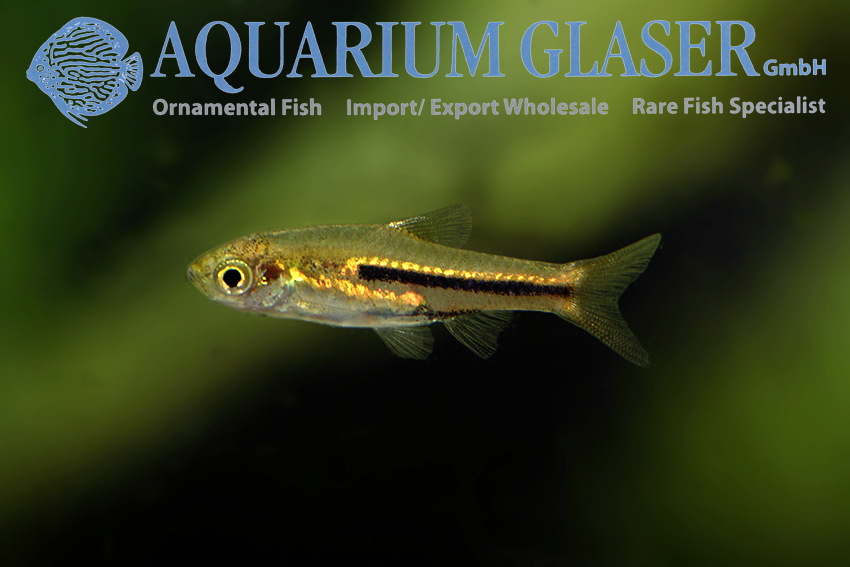 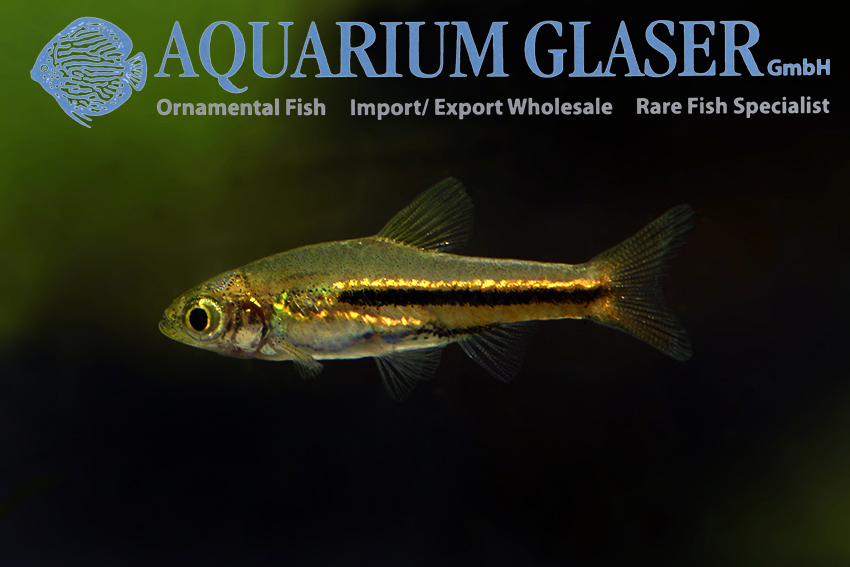 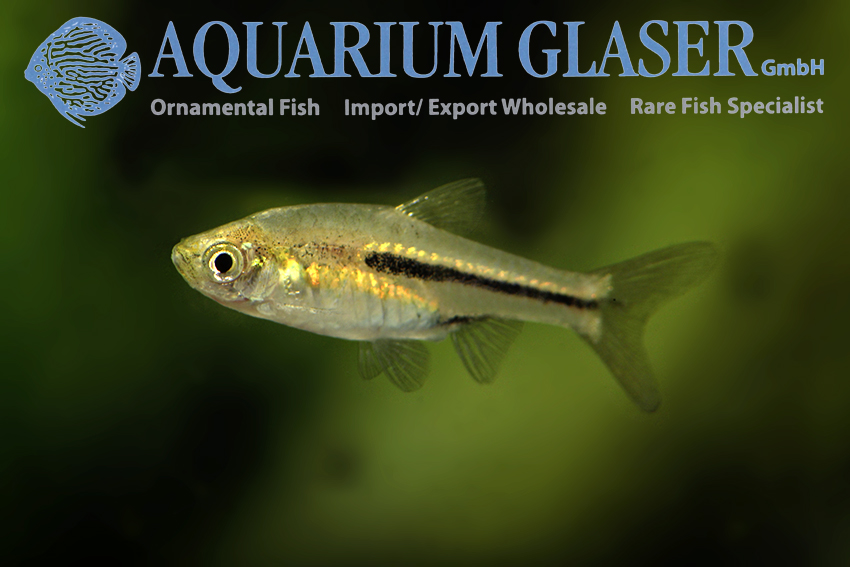 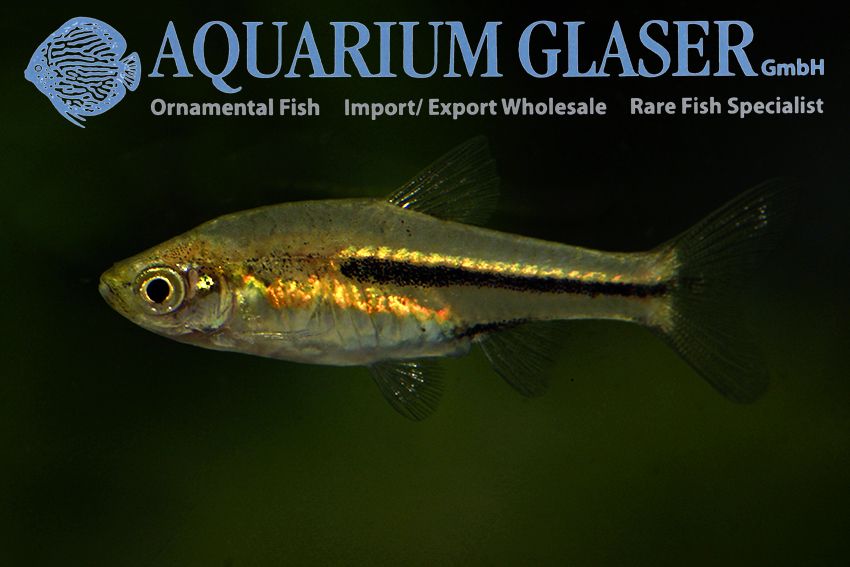 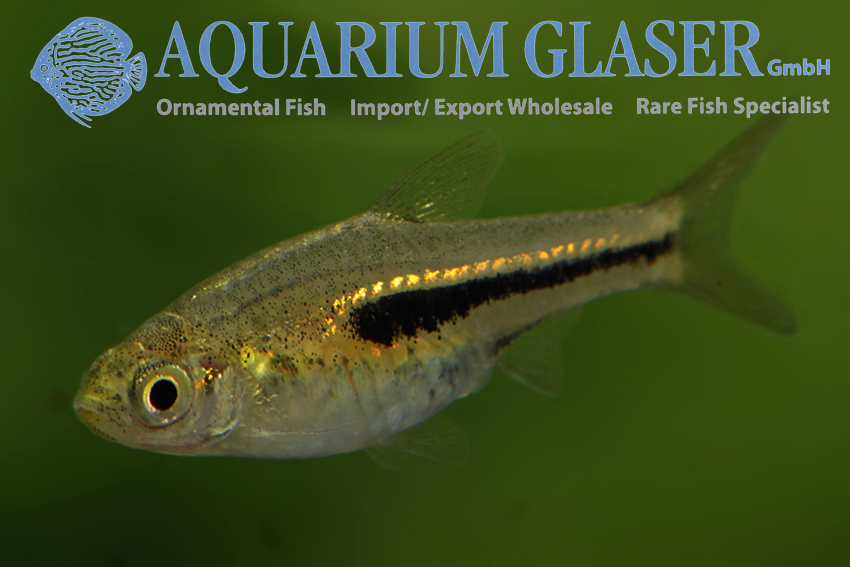 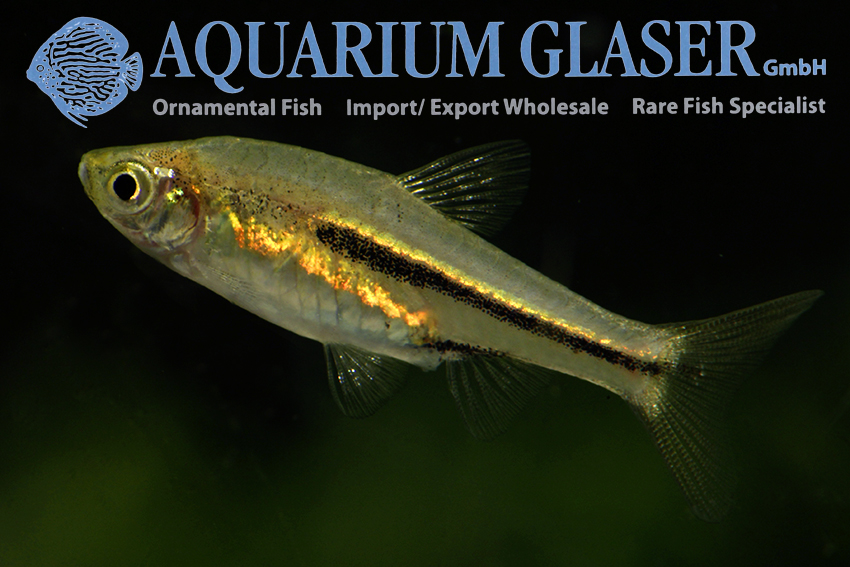 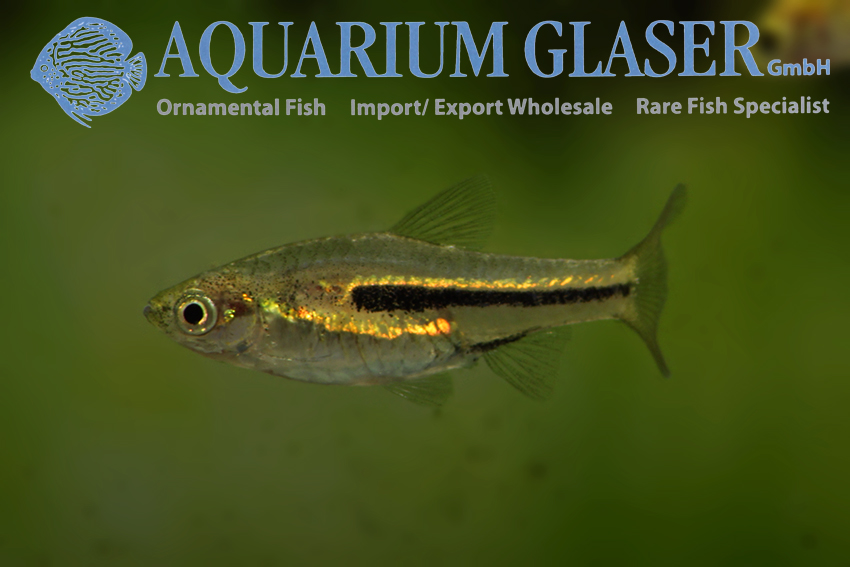 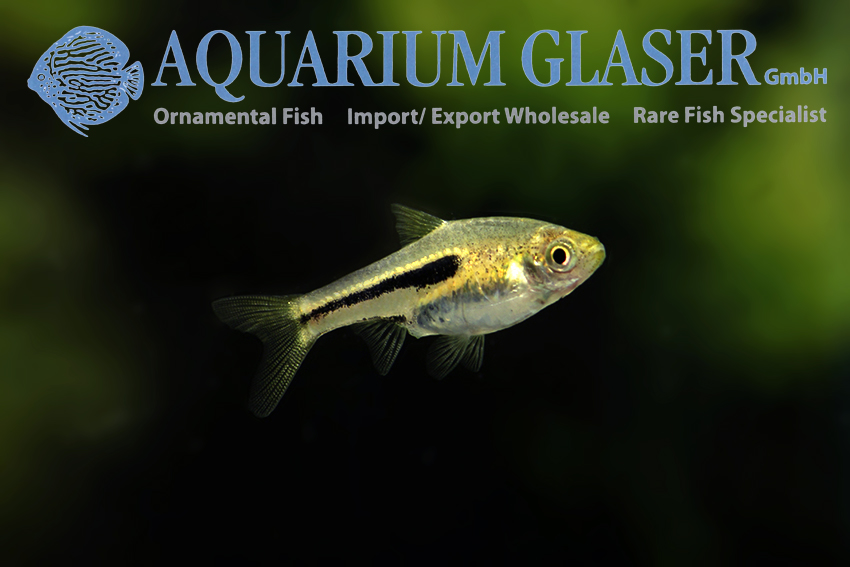 In the past 20 years the species was thought to be extinct in the wild. In the entrance in the international Red List the author (C. Vidthayanon, 2013) names as area of distribution the basin of the Mae Khlong near Ratchaburi in central Thailand. The species could not be found there anymore due to habitat destruction. The only reason, why the species was consideed as “critically endangered” and not as “extinct in the wild” was the fact that every now and then single specimens were spotted among mixed catches of other ornamental fish species. However, it was not known where these animals had been collected. It was clear: the species still exists! But nobody knew where…..

Now it was finally possible to rediscover the habitat of the fish in the wild again! And we were able now to import successfully some extra large and extra beautiful specimen! Of course collecting small fish in the wild has no influence on natural populations at all. In contrast: it was only due to the interest of enthusiastic hobbyists the the species could be re-discovered again. So conservation acts become possible only now. One can only hope that the authorities do not regulate the trade with live animals (which is completely senseless, as everybody nows, for the trade with live specimens is not a serious treat for wild populations of small fish at all), but hopefully protected areas will be build up. Here the fish should be allowed to be collected, but the nature in its whole would be protected.

Keeping the charming animals in the aquarium is completely undemanding. The fish become only 2-2.5 cm long. Like all the close relatives of the fish (eg the harlequin barbs Trigonostigma heteromorpha, T. espei, and T. hengeli) they spawn on the underside of broad plant leaves. T. somphongsi prefers to live in schools, but for spawning the pairs most often separate themselves from the conspecifics. The males even defend a small spawning territory for a short time. So-called V-tanks are ideally suited for the extensive breeding of this species. Here young fish can be usually separated on a regular basis.

The list of species of ornamental fish that have been discovered by hobbyists and the ornamental fish trade is much enriched by this charming fish. Hopefully it can be also placed on list of species finally safed from extinction, too. We hope that many hobbyists show interest in that fish and ask for it in the pet shops. This would maybe even make a commercial breeding possible, another important step for protection of the species.

For our customers: the fish have code 452888 on our stocklist. Please note that we exclusively supply the wholesale trade.

Lexicon: Trigonostigma: means “triangle spot”. somphongsi: dedication name for the discoverer and ornamental fish exporter Somphongs. Rasbora: after the vernacular name of one of the species in Bengal.

Currently, from a scientific point of view, only three harlequins are distinguished (plus the aberrant Trigonostigma somphongsi); however, genetic studies and – as well – simple observation of live, wild collected specimens of different origins clearly show that there are many more species. Trigonostigma hengeli is the tiniest and most dainty species of the three accepted ones. It hardly grows larger than 3 cm. The species is found on the large Sunda islands of Sumatra and Borneo. The typical blackwater species has a bright shining stripe over and in front of the triangular lateral spot. 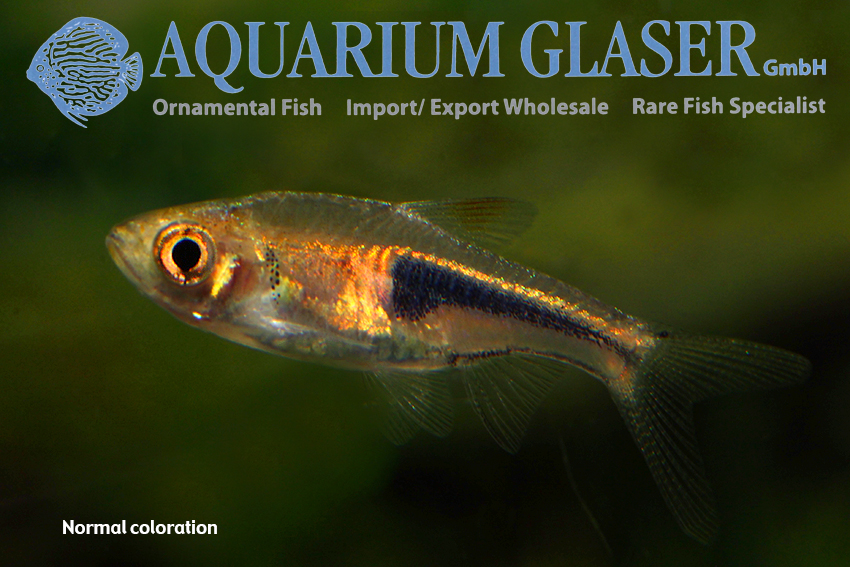 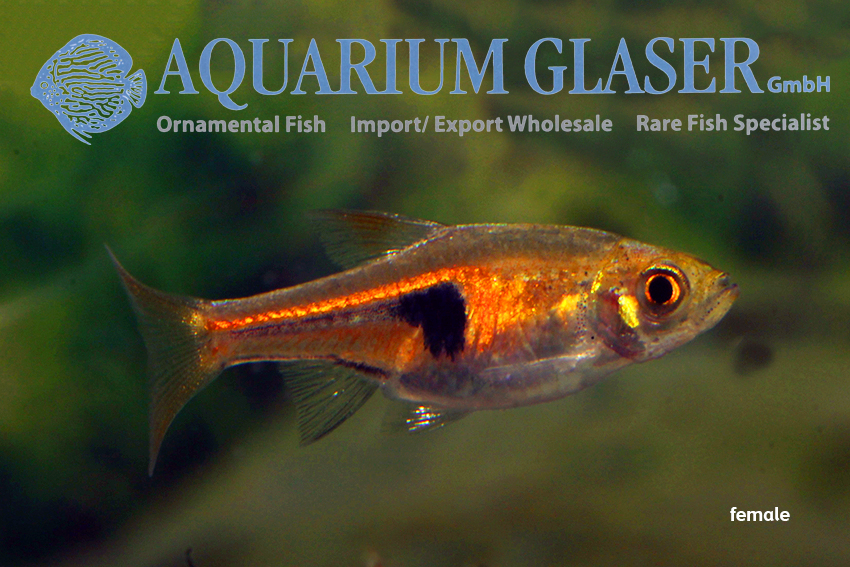 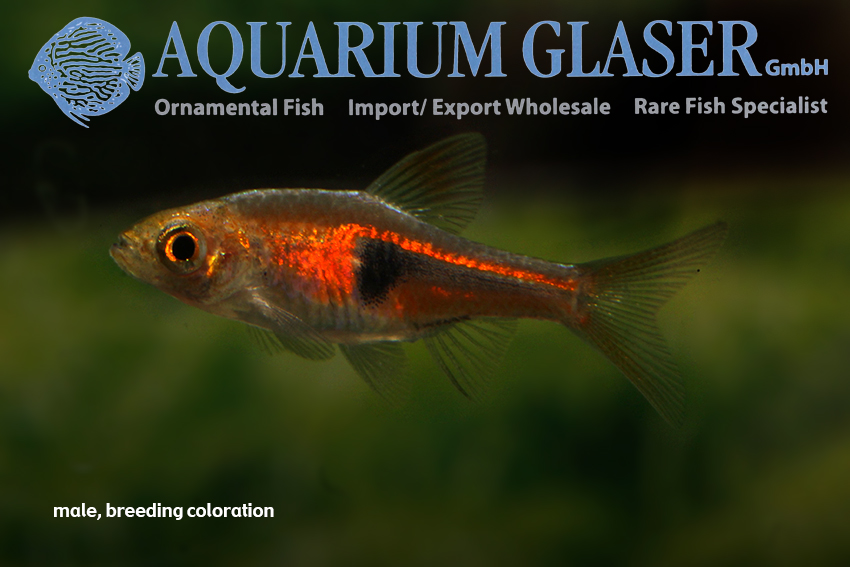 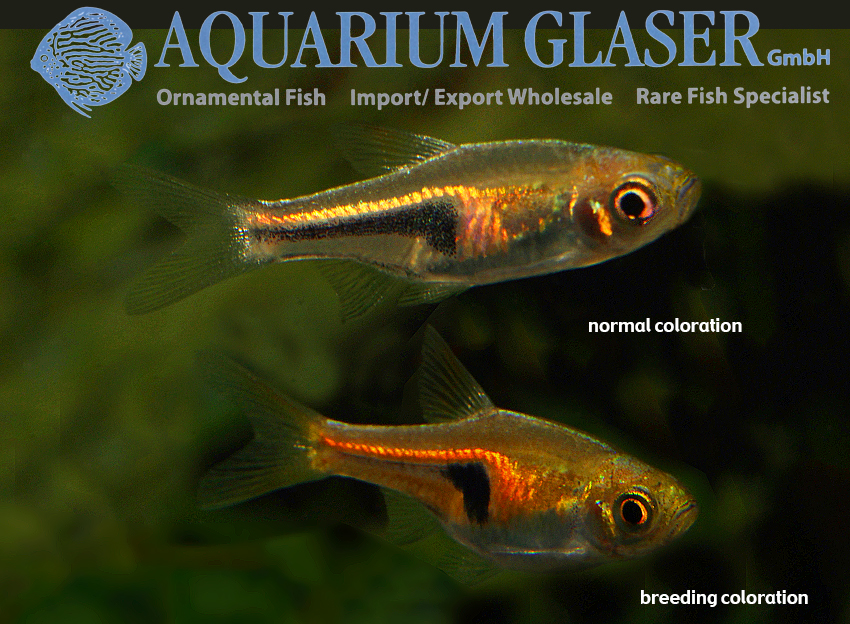 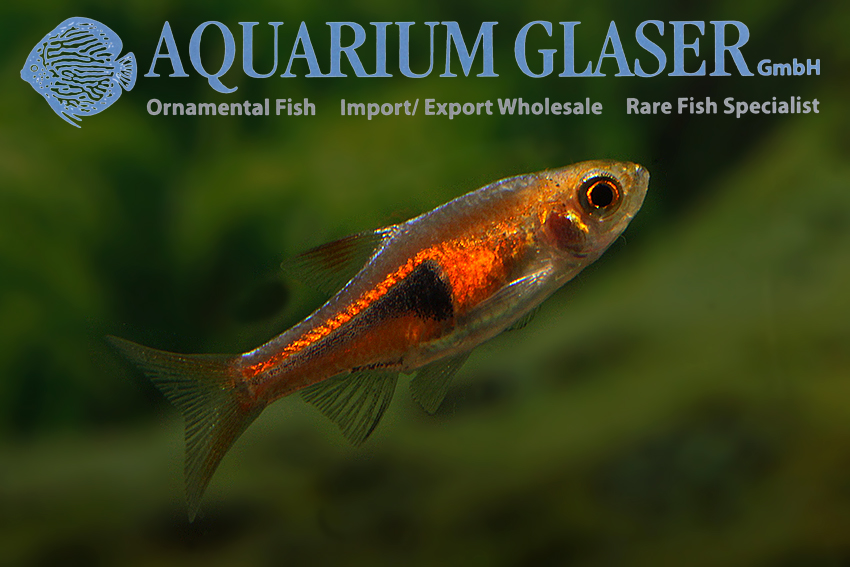 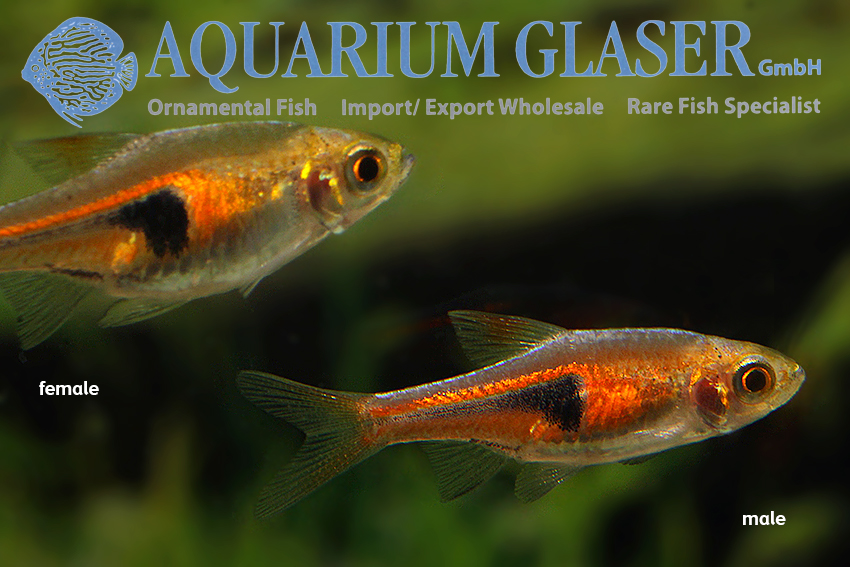 We have beautiful wild collected specimens in stock. Usually they show a light pink and orange basic colour, but if they come in mood for breeding they develop an intensive reddish and purple colour. The photographed fish are only 2 cm long (about 2.5 cm inclusive the caudal fin) and obviously fully mature. The common name „swift (harlequin) rabora“ should be used preferably for that species instead of „glowlight rasbora“ (which leads to confusion with Trigonopoma pauciperforatum) or „lambchop rasbora“ (which is also used for Trigonostigma espei).

For our customers: the fish have code 452202 on our stocklist. Please note that we exclusively supply the wholesale trade.