The Alligator gars are so-called living fossils. They developed about 100 million years ago in the upper Cretaceous and haven´t changed much since then. Currently two genera live in the New World, namely Atractosteus (containing three species) and Lepisosteus (four species).

The members of Atractosteus can reach about 2 m in length (formerly they are said to have reached even 3 m, but formerly everything was better ;-)) and are thus the largest recent members of the Alligator gars. The three species are very similar to each other and differ only in details which are not observable from outside. Our specimens are currently about 8-10 cm long and have been bred in Indonesia. We believe the breeders regarding the identity of the species as we have no opportunity to verify or falsify this. 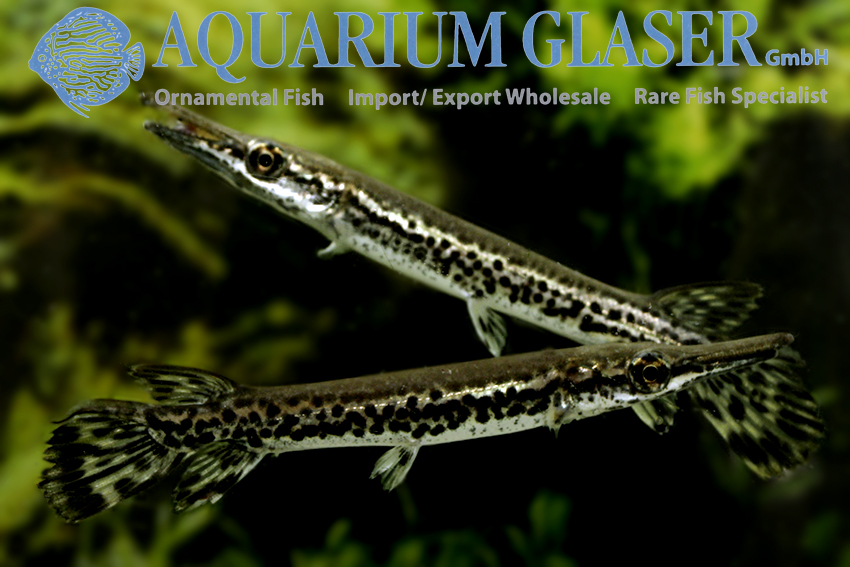 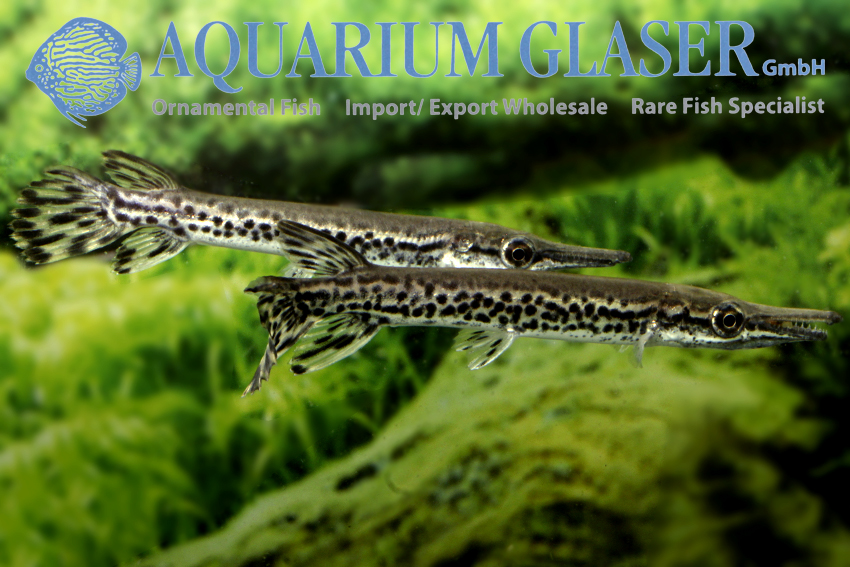 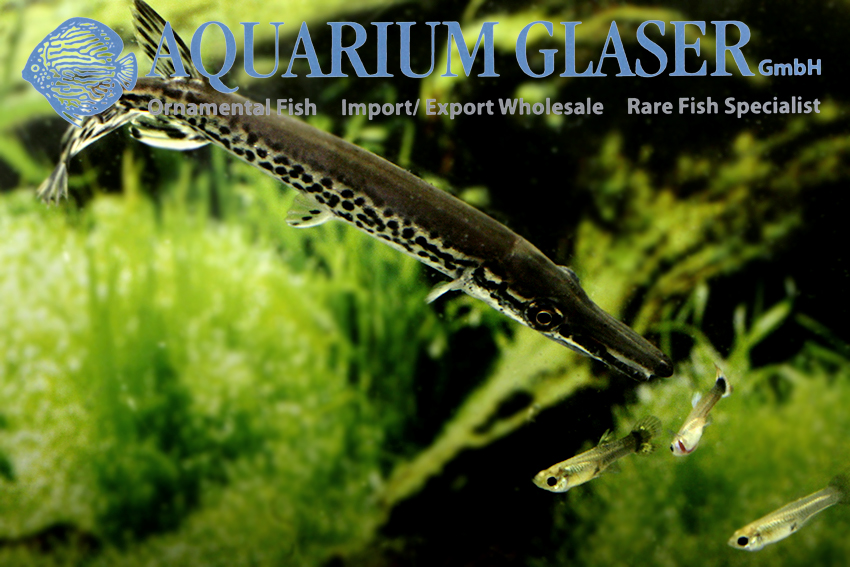 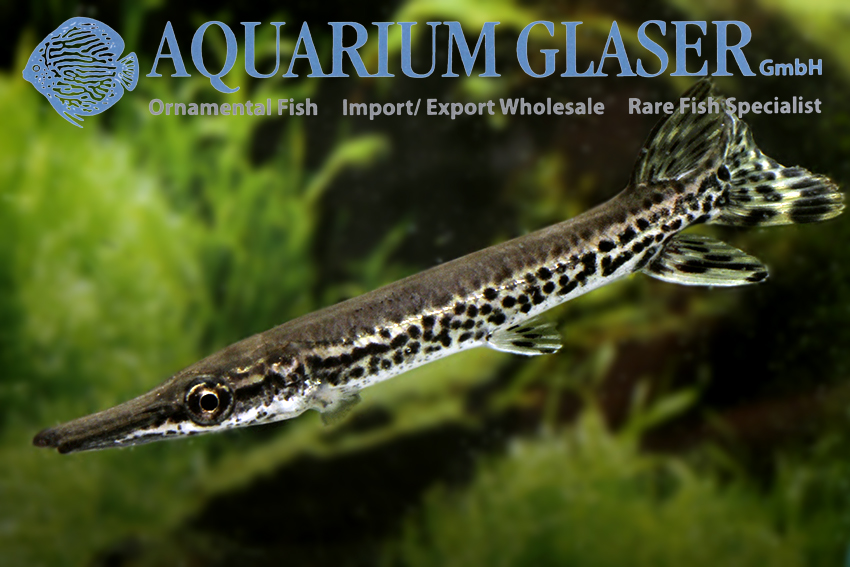 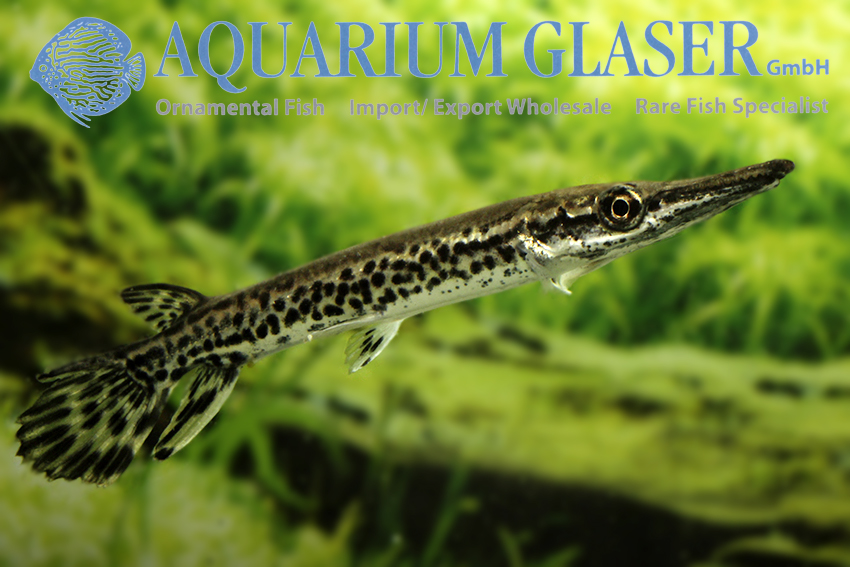 Among the ancient features of the fish are the very strange bony scalation and the remains of a “tail” in the upper half of the caudal fin, which is clearly visible in our baby fish. Gars do not breath only via gills, but also via the swim bladder which serves as a lung. So they can survive even in very oxygen-poor water.

Gars feed exclusively on fish, but can be easily accustomed to feeding by forceps. Against conspecifics and other species of fish the gars are absolutely peaceful as long as they do not serve as food. Alligator gars are gorgeous animals for large show aquaria.

For our customers: the fish have code 848131 on our stocklist. Please note that we exclusively supply the wholesale trade.