From the mountainous part in the north of Thailand, the legendary Golden Triangle between Thailand, Burma and Laos, we received two pairs of Channa melasoma. Originally this species, which inhabits clear forest streams, was described from Borneo. With approx. 30-40 cm of final-length (our animals are, including tail fin, approximately 20-25 cm long), C. melasoma belongs to the medium-size species of snakehead. 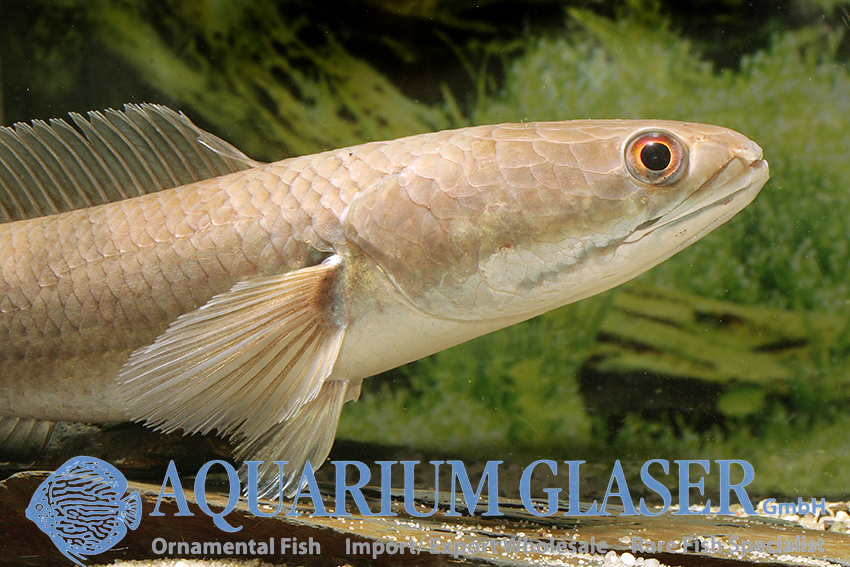 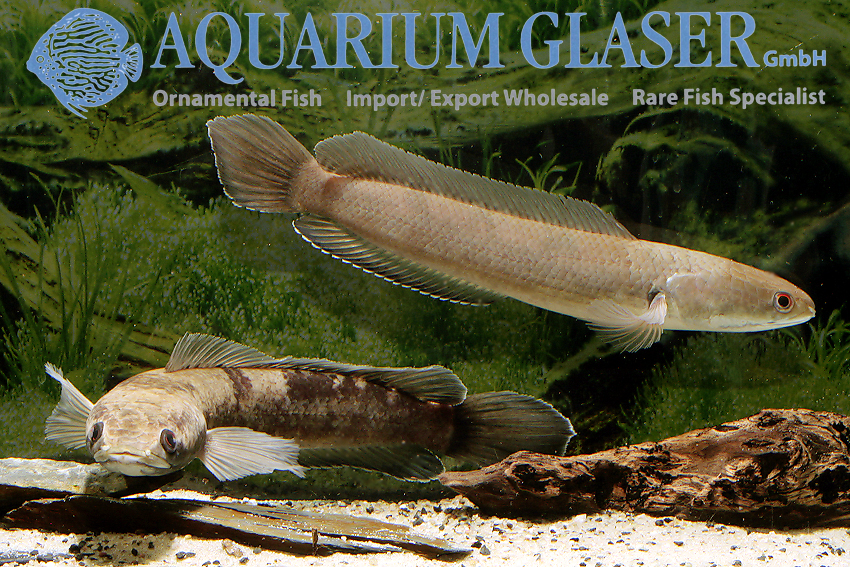 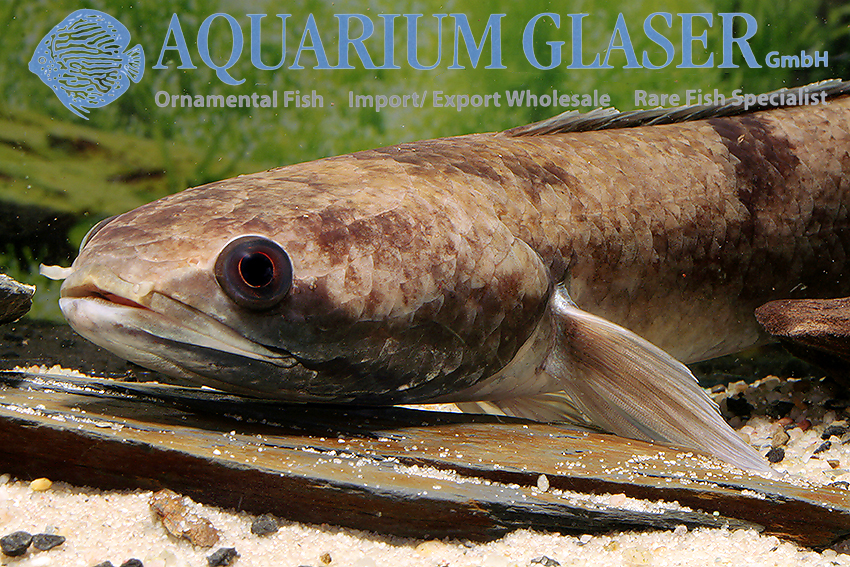 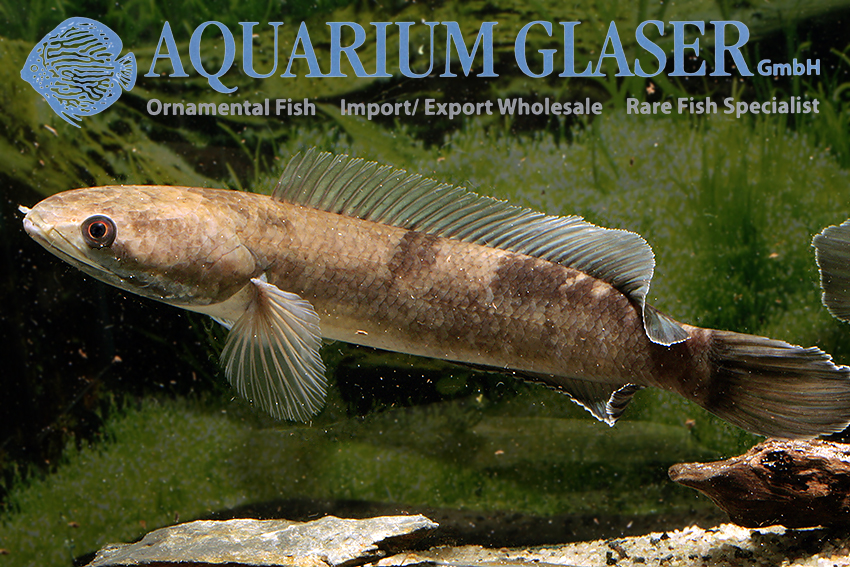 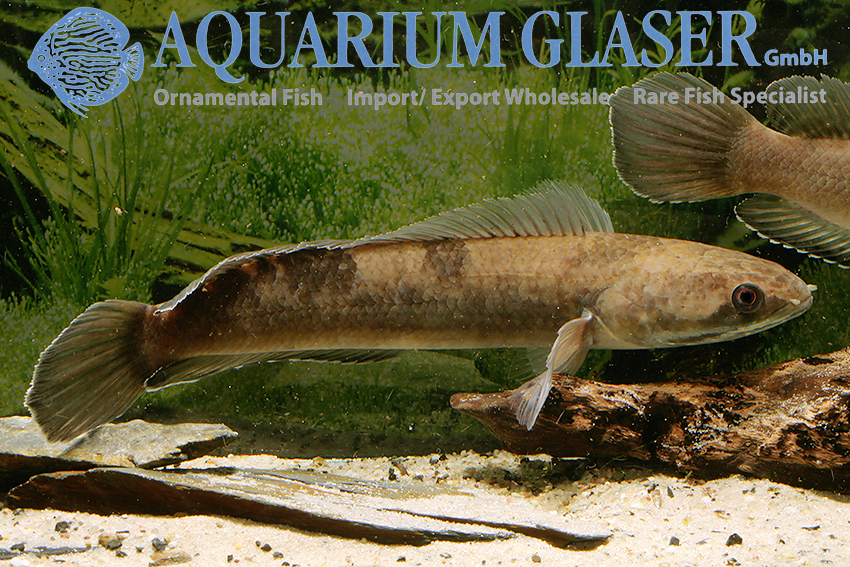 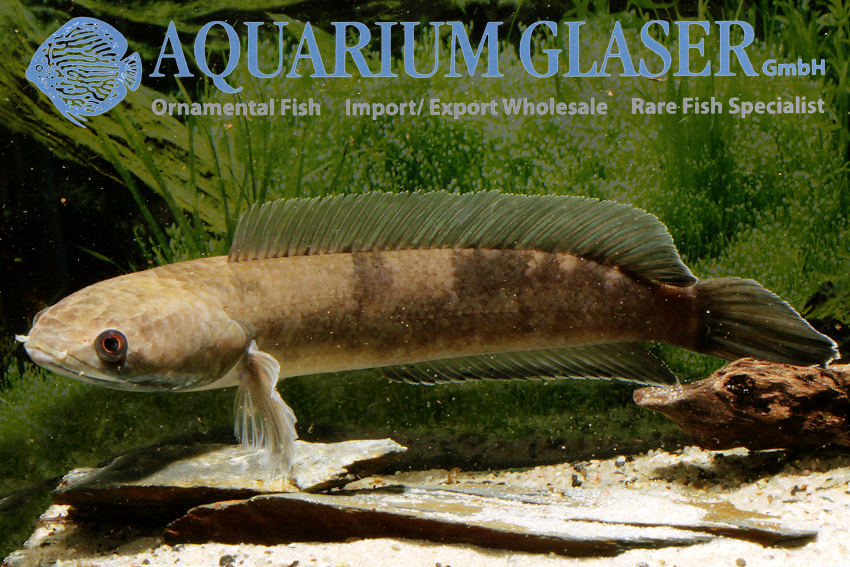 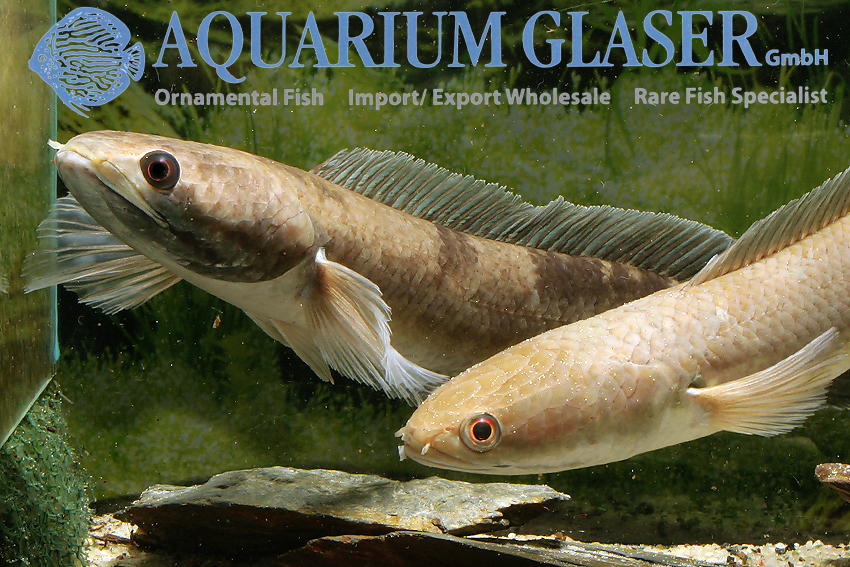 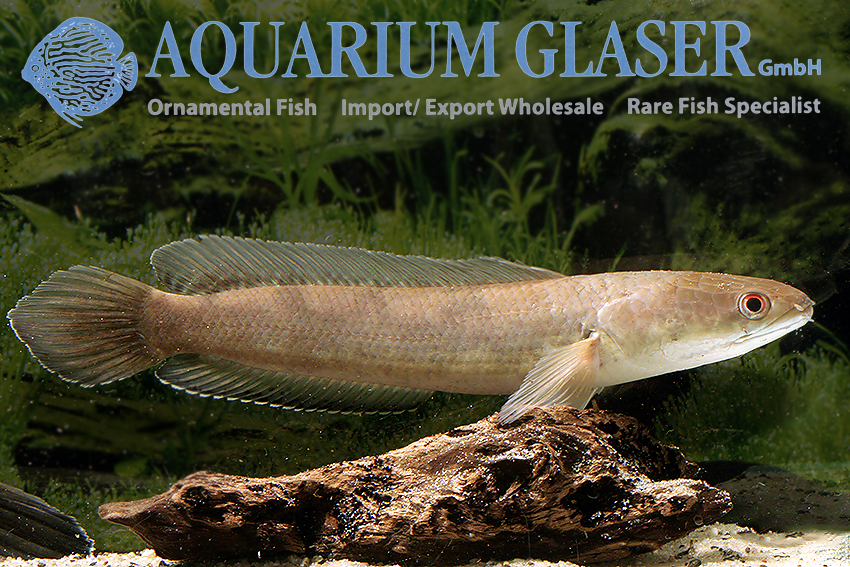 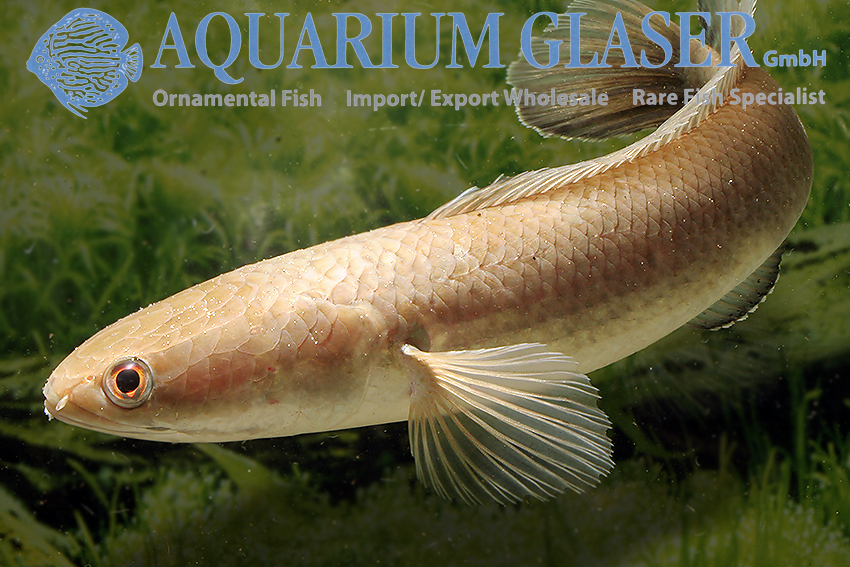 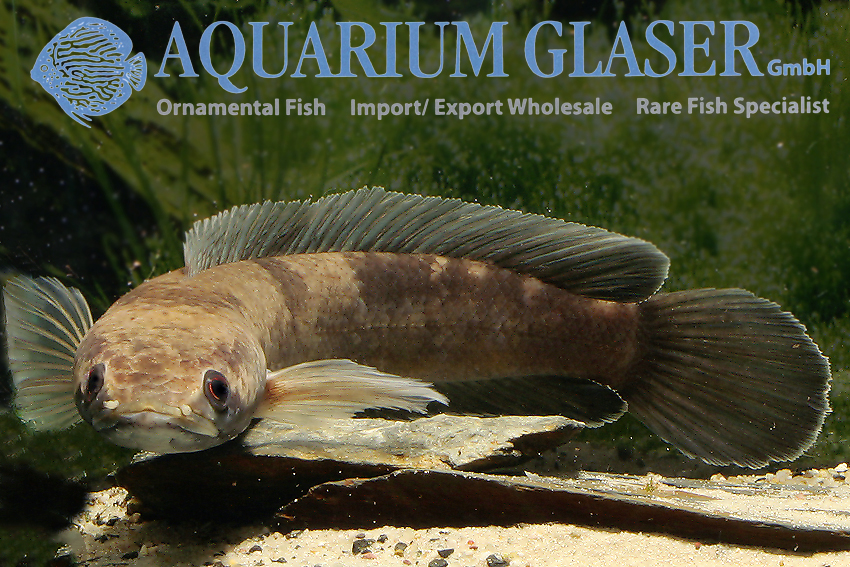 Although our four specimens proved to be quite peaceful and quiet contemporaries, one must never forget that snakeheads are generally individualists and one must always expect to come across an aggressive and unpredictable specimen.

In the couple photographed, for example, the female is completely relaxed and shows this by his bright color dress, while the male is constantly slightly annoyed and his dark excitation color hardly ever reduces. However, there are no colour differences between the sexes, both animals look completely the same in the corresponding mood. The male has slightly more developed fins and a broader head.

Channa melasoma belongs to the group of snakeheads that do not perform mouthbrooding. Both parents guard the spawn and the yellow, with two black longitudinal stripes drawn young fish.

For our customers: the animals have code 409199 on our stocklist. Please note that we only supply wholesalers. Only four animals available!