These intensively colored crayfish originate from Papua New Guinea, where they are found on the Vogelkop Peninsula. „Irianto Red” is a colour variant of the Cherax snowden, which was only scientifically described in 2015, while Cherax holthuisi already received its scientific name in 2006; before that, C. holthuisi was known as “apricot crayfish“, while C. snowden was known in the hobby as Cherax sp. “Orange Tip” before its scientific description. Pictures of the “normal” colored C. snowden can be found here: https://www.aquariumglaser.de/fischarchiv/31-krebse-garnelen-krabben-muscheln-schnecken/cherax_sp_orange_tip_en/ 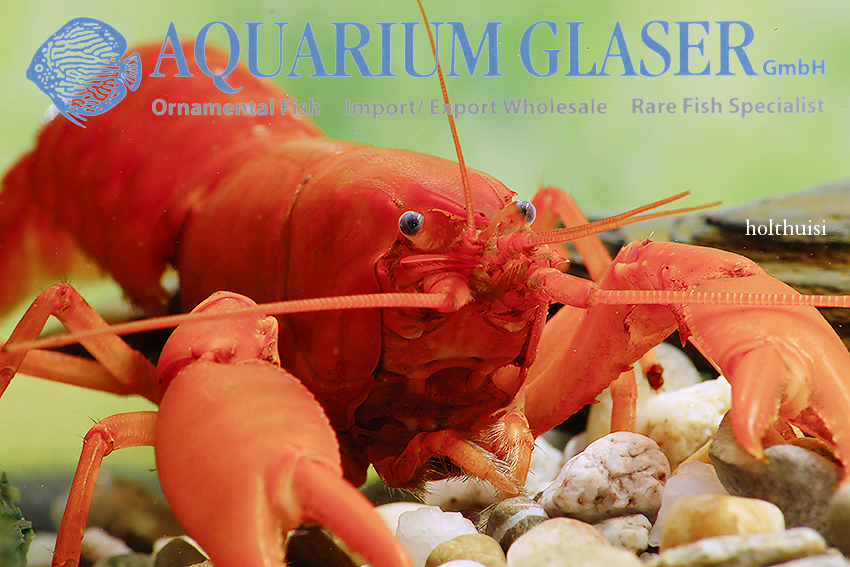 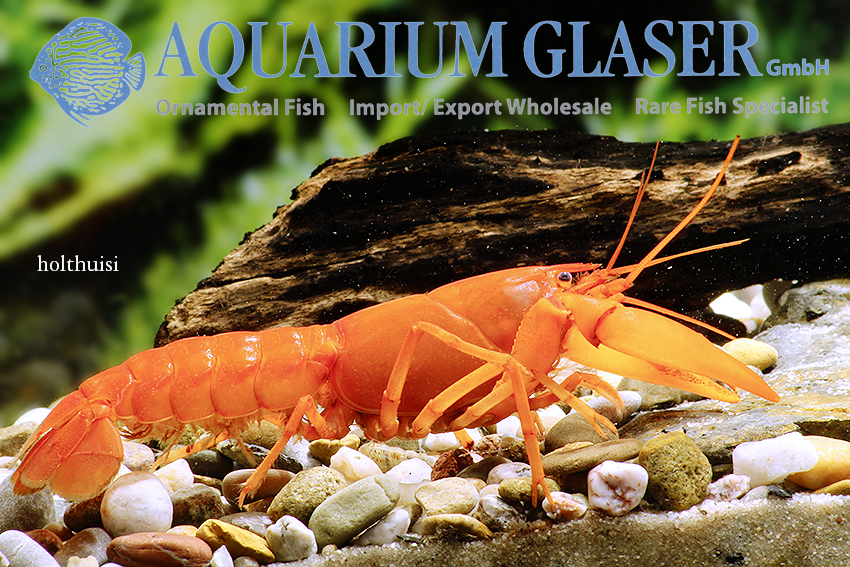 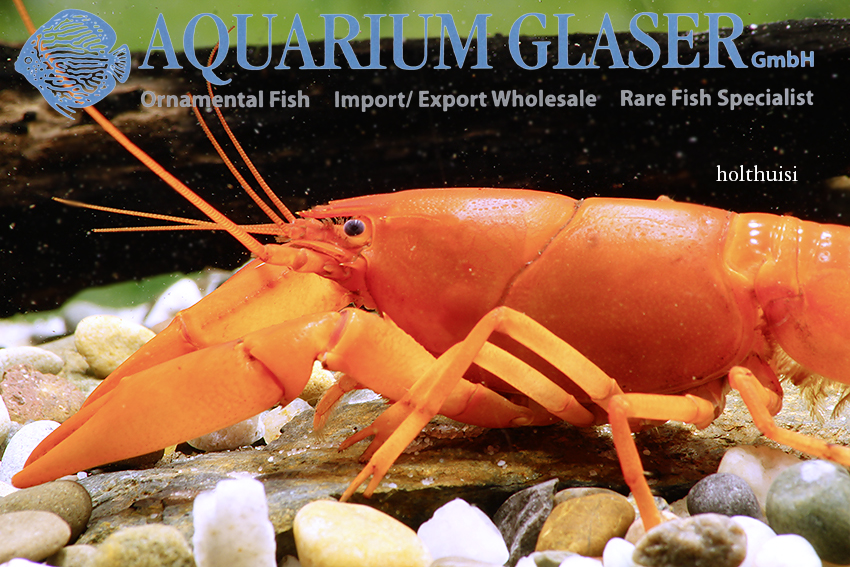 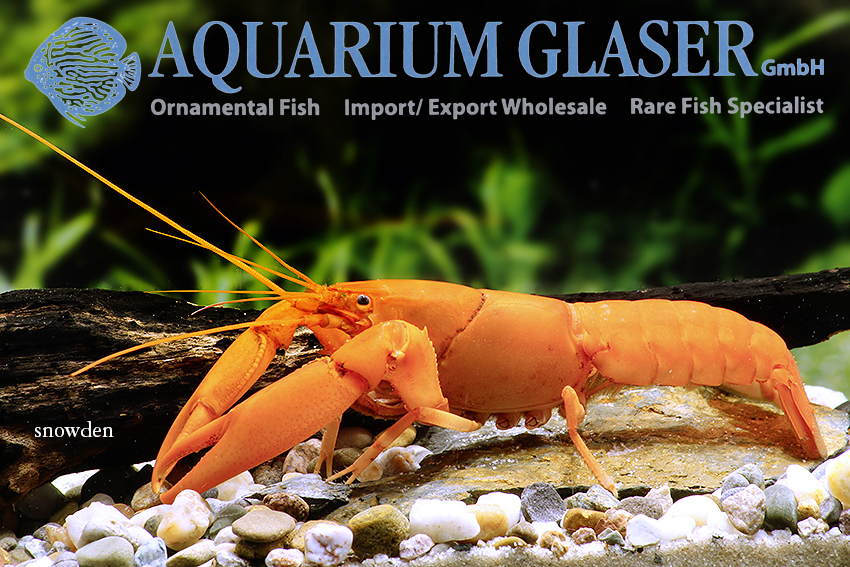 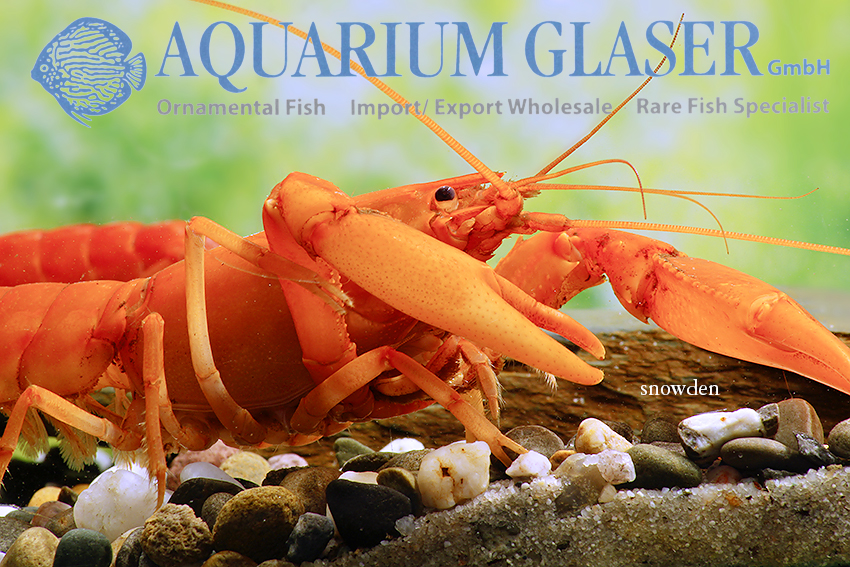 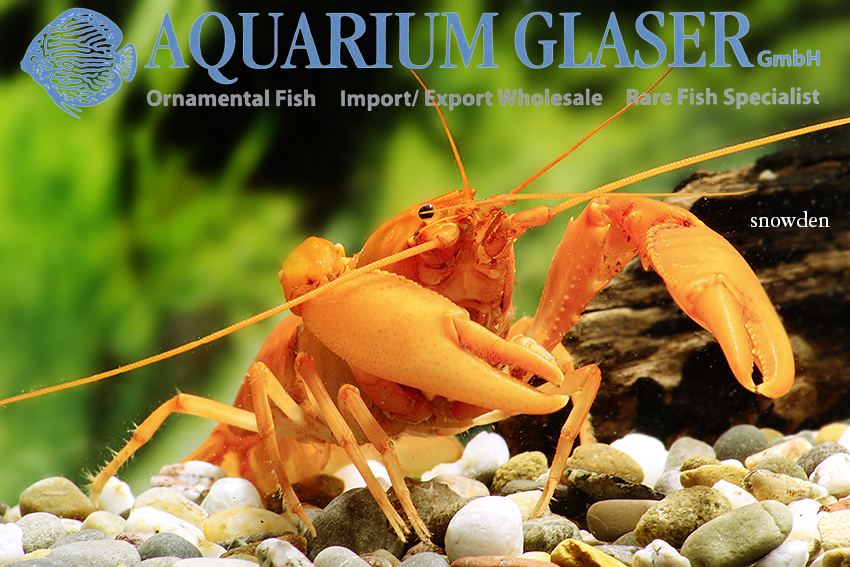 Both species occur in nature in the neighbourhood, but are ecologically differently positioned, since C. holthuisi is rather living underground. Therefore the two crayfish species live – scientifically expressed – sympatrically (i.e. in the same occurrence area) but not syntopically (i.e. in the same biotope). We receive both species mostly mixed as wild catches, because they really look extraordinarily similar. The easiest way to distinguish them is by eye size, the eyes of C. holthuisi are much smaller than those of C. snowden.

The bright orange colouring of C. snowden “Irianto Red” is – as far as we know – pure in offspring. However, when putting together breeding pairs you have to be careful not to put together mixed pairs (snowden/holthuisi), in the aquarium Cherax species can hybridize with each other. Cherax holthuisi is quite colour-variable, besides the orange ones there are also grey, whitish, yellow or bluish individuals.

For our customers: C. snowden “Irianto Red” has code 481490, C. holthuisi code 483052 on our stocklist. Please note that we only supply wholesalers.