A few years ago we were able to import for the first time guppys that exhibited a black saddle bar over the back, starting at the base of the dorsal fin. These fish were called Yellow Half Tuxedo (see https://www.aquariumglaser.de/en/fish-archives/brandnew_guppy_endler_yellow_half_tuxedo_en/). 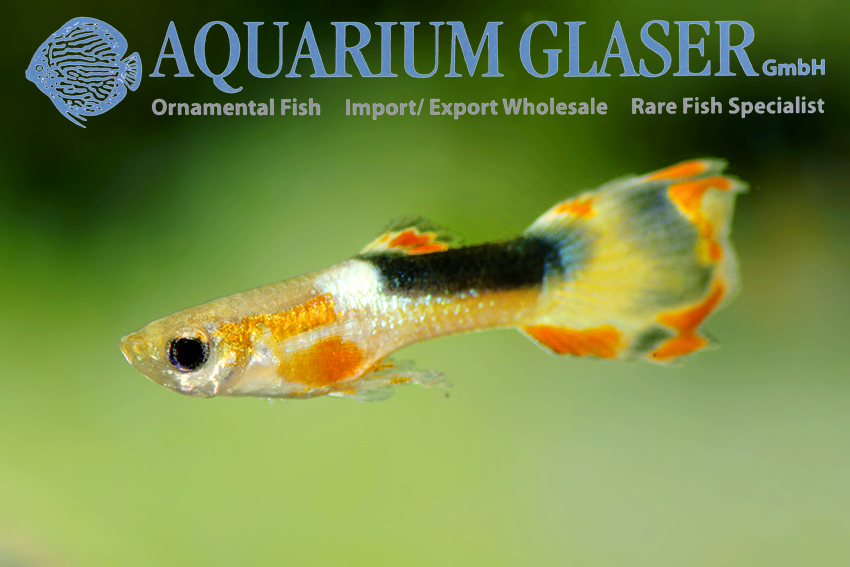 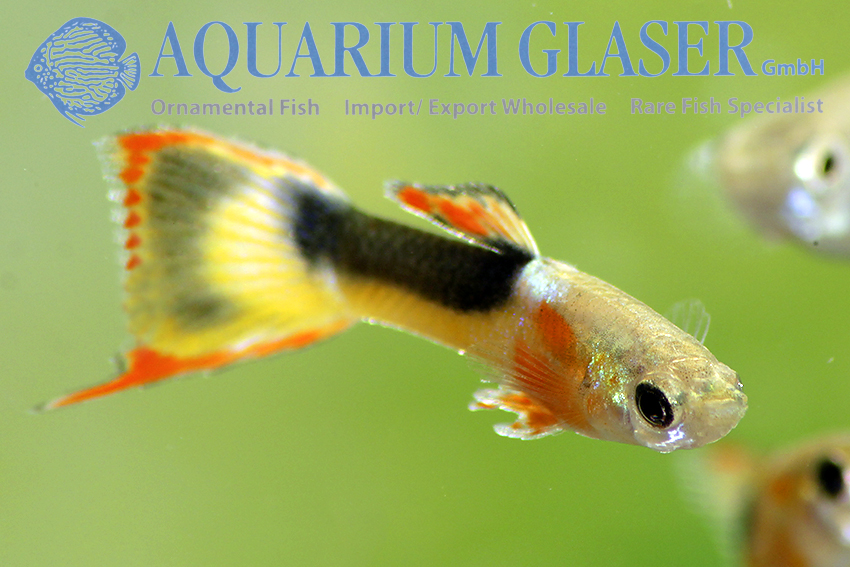 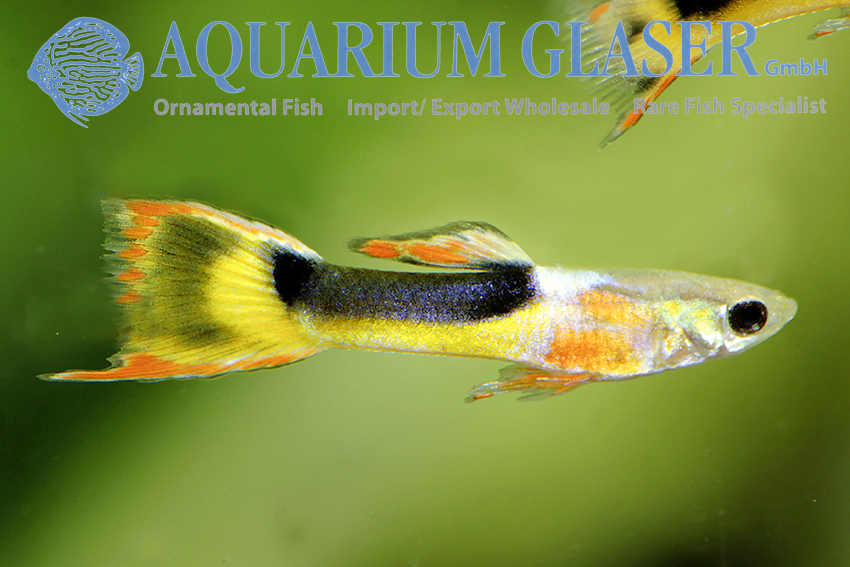 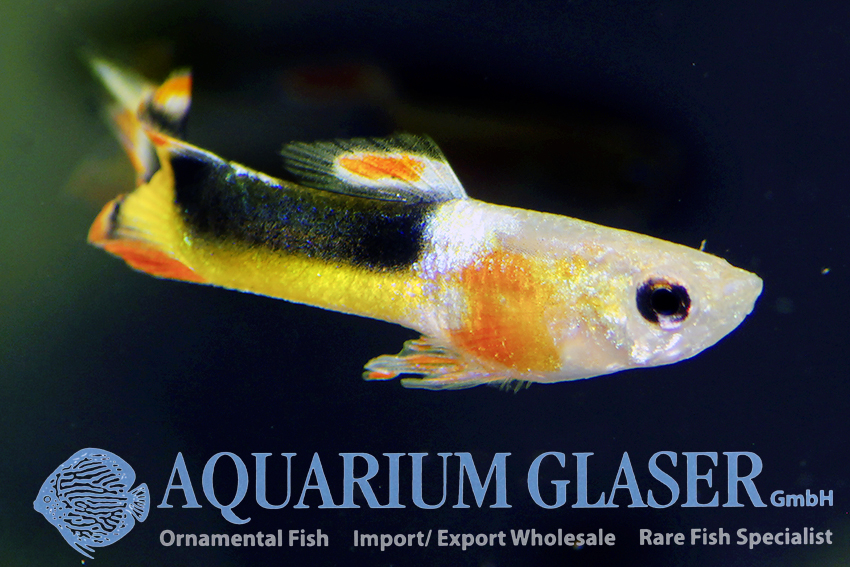 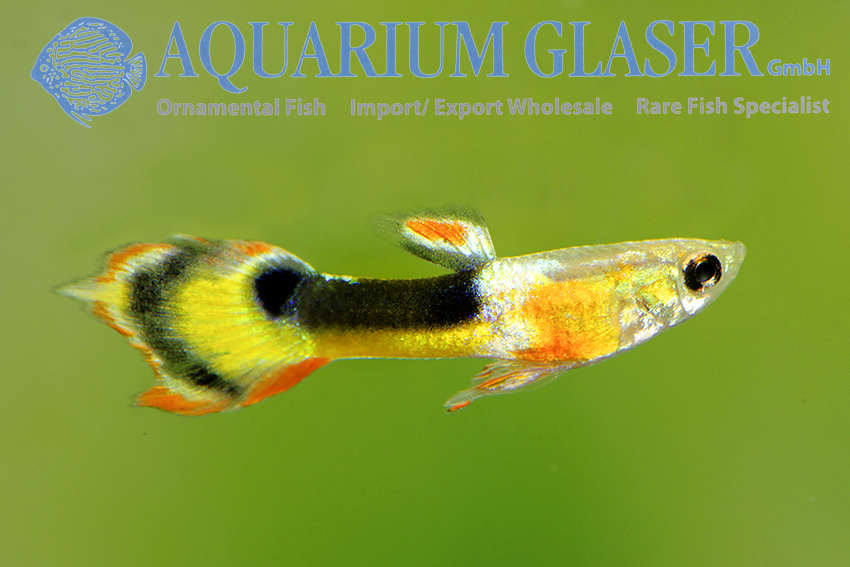 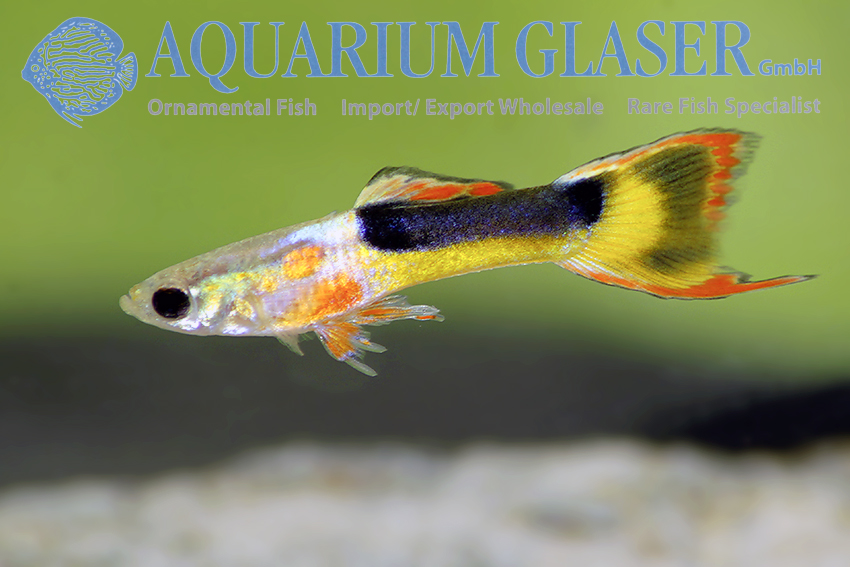 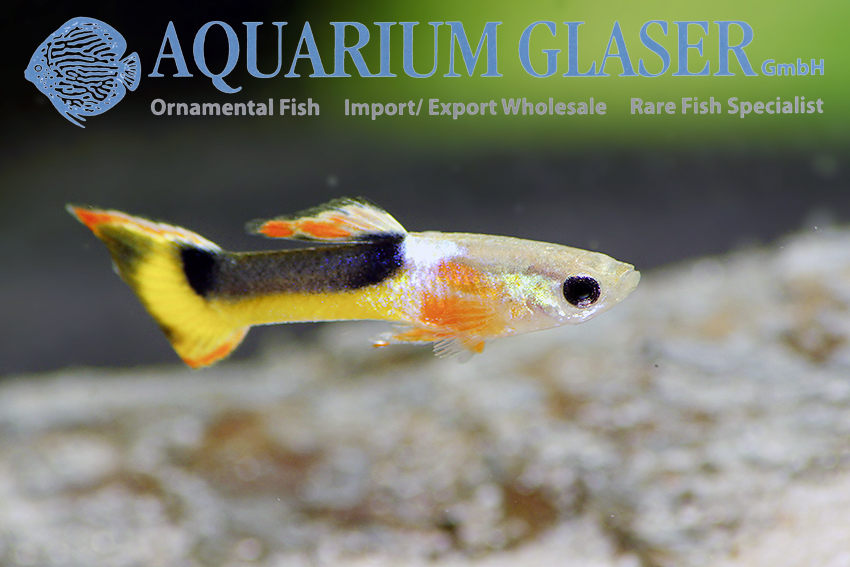 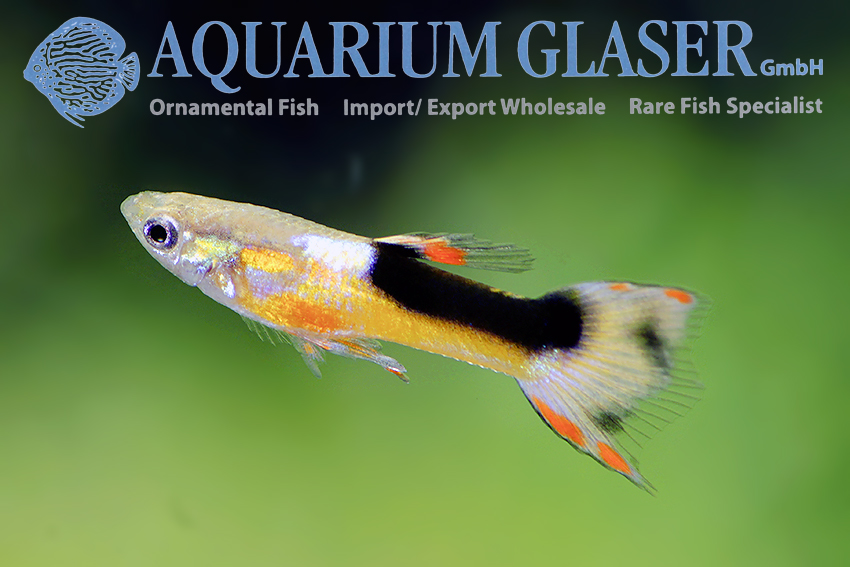 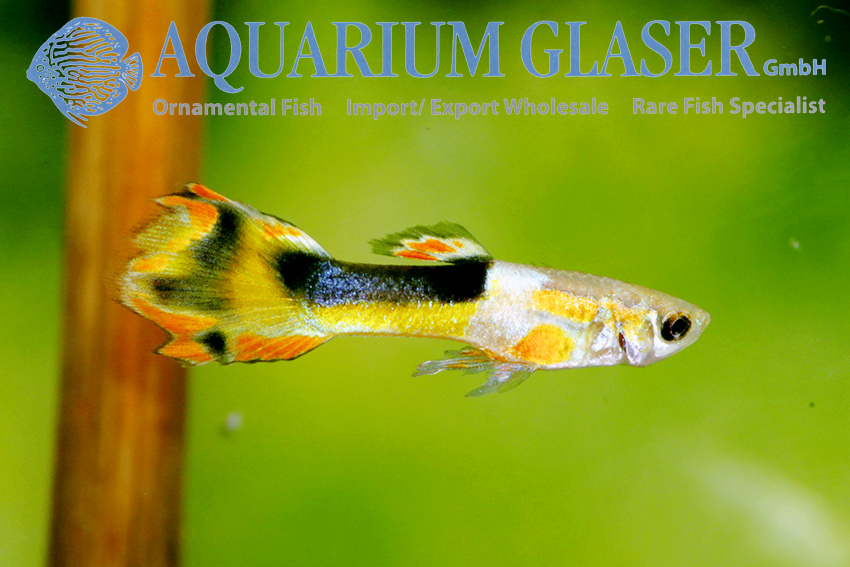 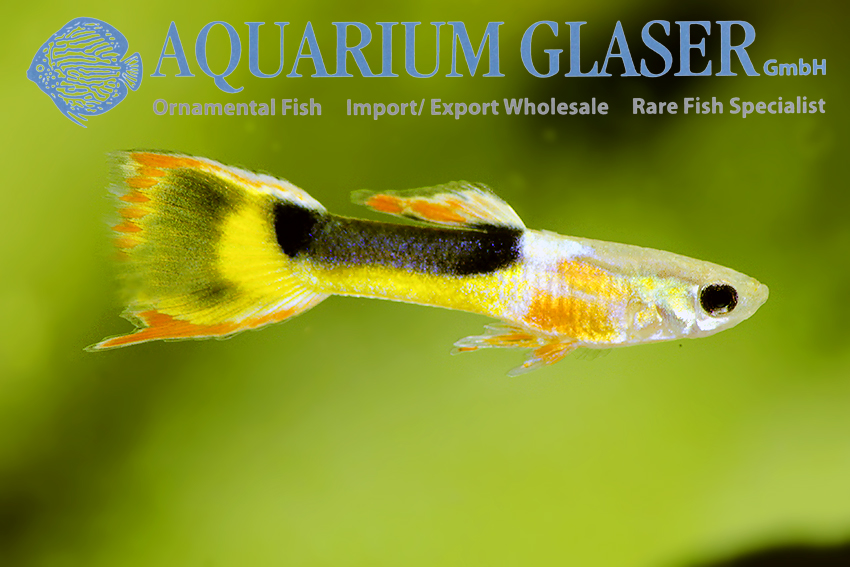 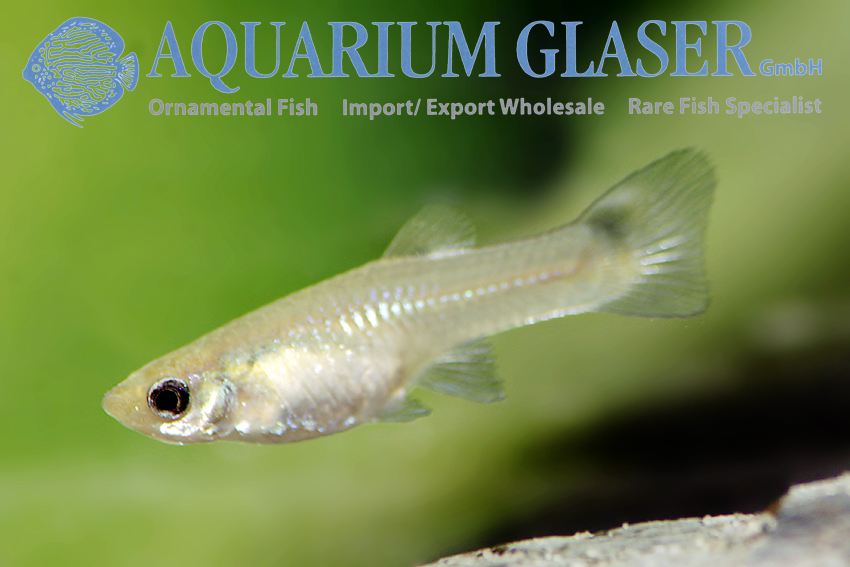 An advancement of these guppys represents the Red Chest Saddleback. The breeder takes care that red pattern appears in the chest region. Moreover, the caudal fin pattern has much developed, compared with the typical Endler caudal fin pattern. We can offer the variety Red Chest Saddleback now as German bred ones. The strain itself has been developed by the Japanese breeder Hiroshi Sugino.

The „true“ females of the saddleback Endler guppys can be recognized by a dark spot at the upper base of the caudal fin.

For our customers: the fish have code 419125 on our stocklist. Please note that we exclusively supply the wholesale trade.