The first tropical freshwater puffer fish, which was imported in 1903 for aquaristics and soon bred, was the common or emerald puffer fish, at that time still known as Tetraodon cutcutia. The species remains quite small with a maximum length of 9 cm, is attractively colored and easy to keep, but unpredictably biting against conspecifics and other fish, which is why it is only rarely on offer. 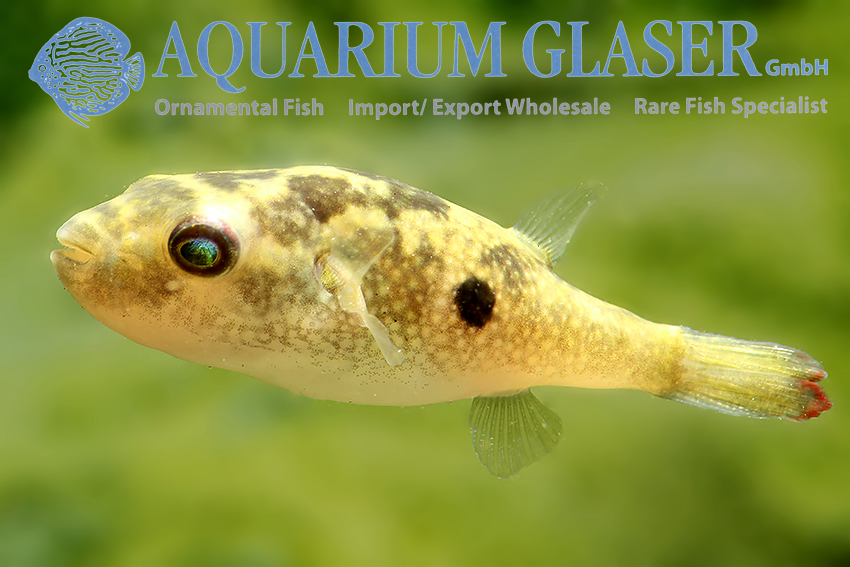 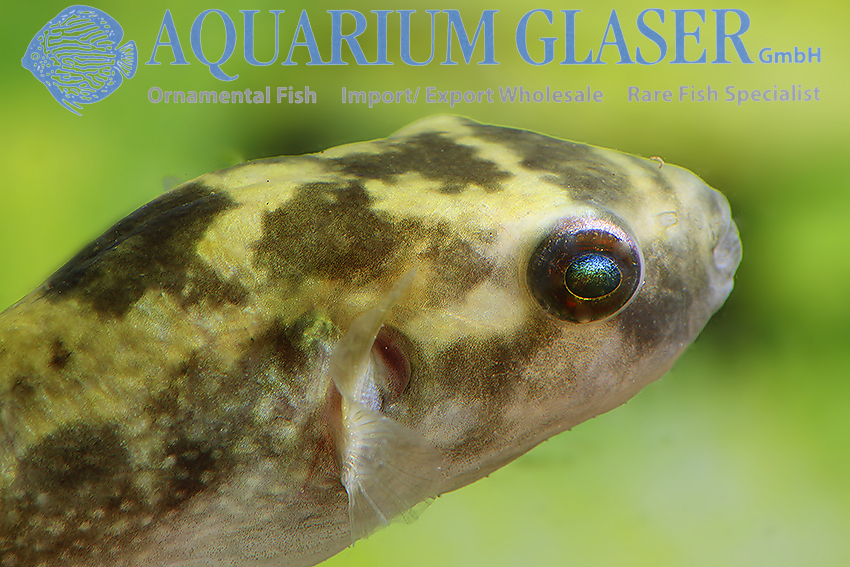 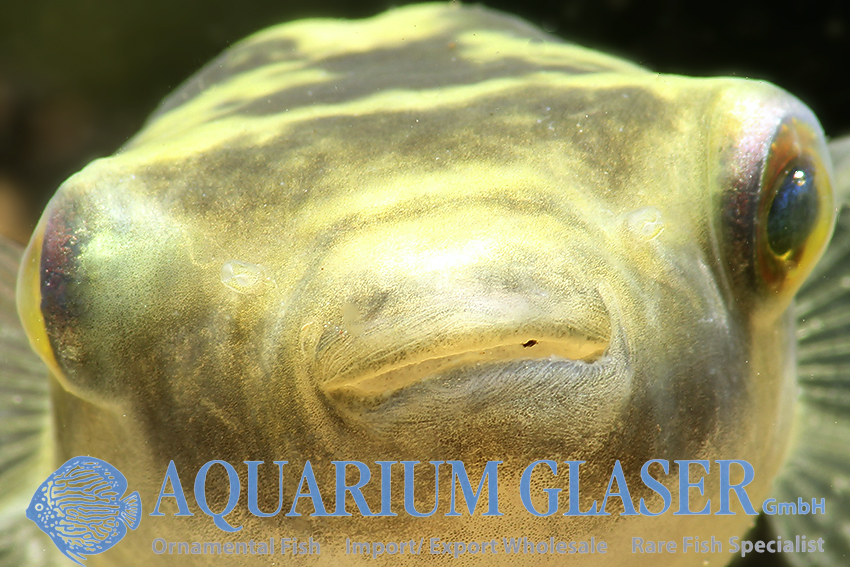 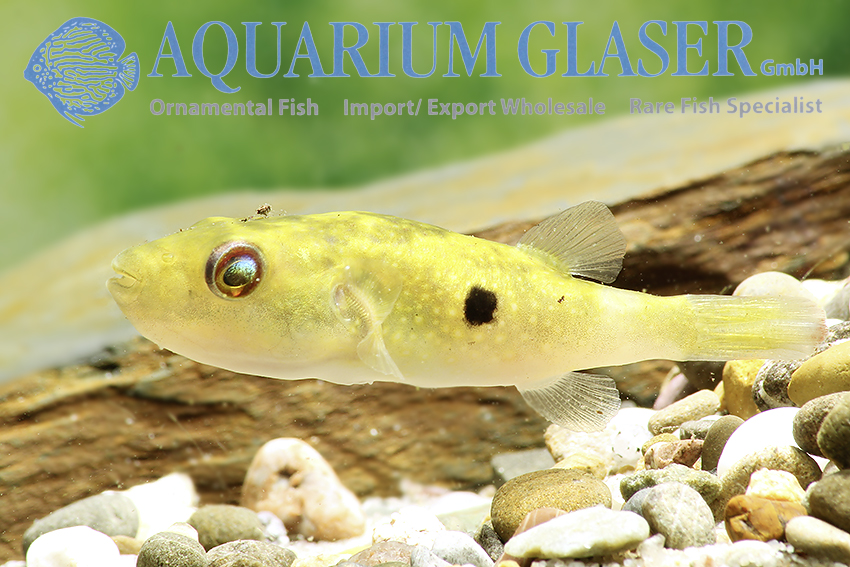 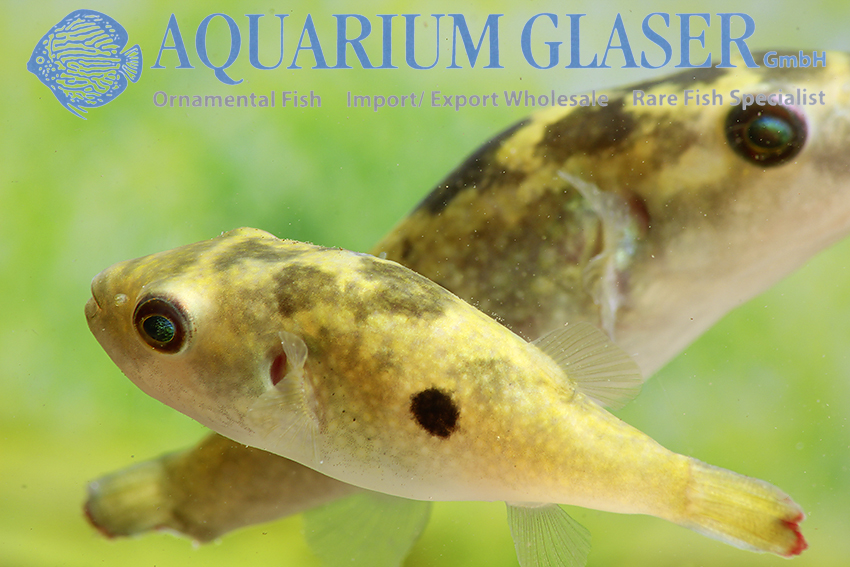 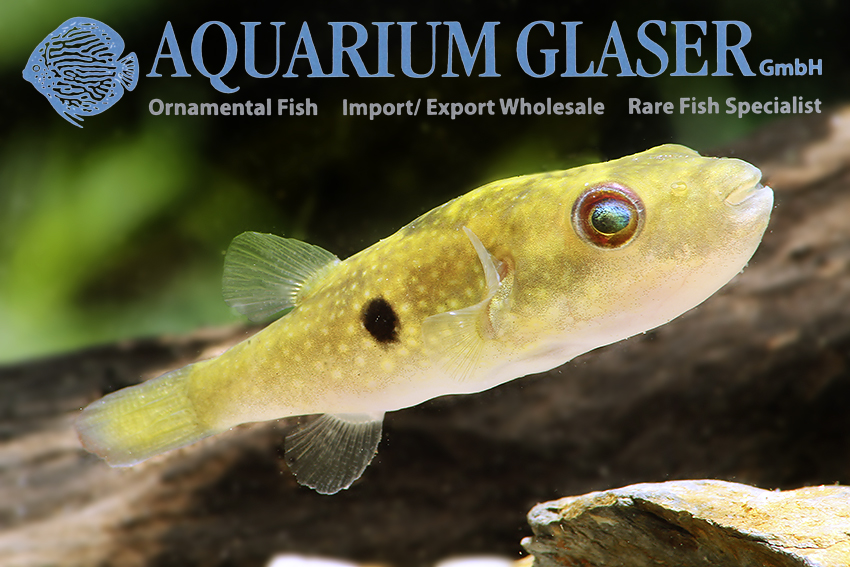 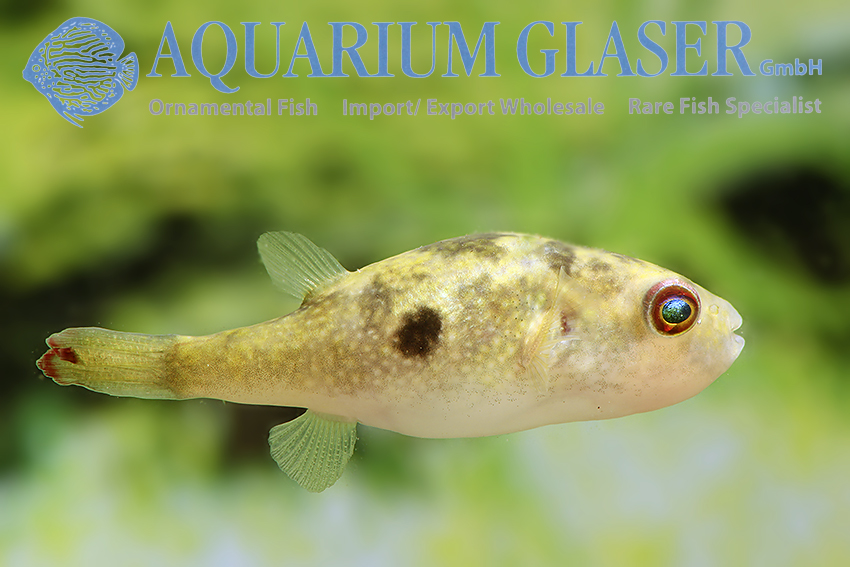 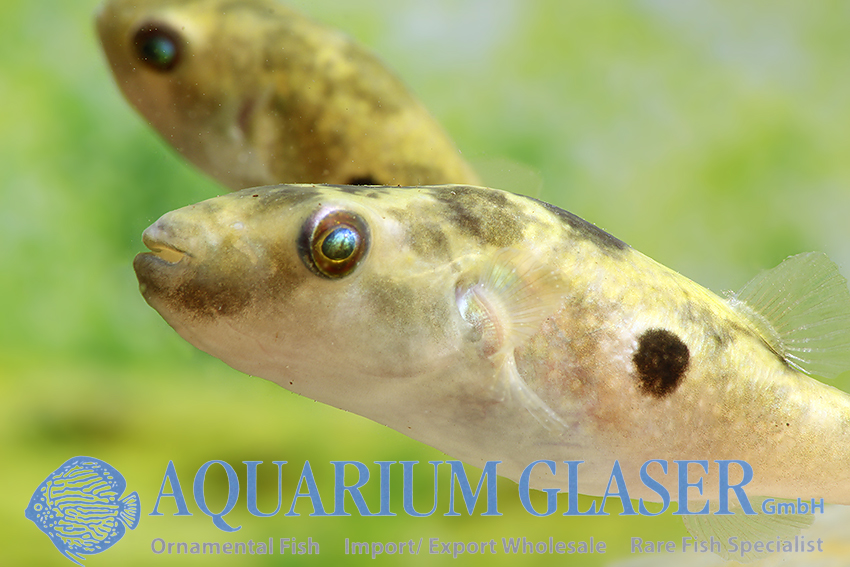 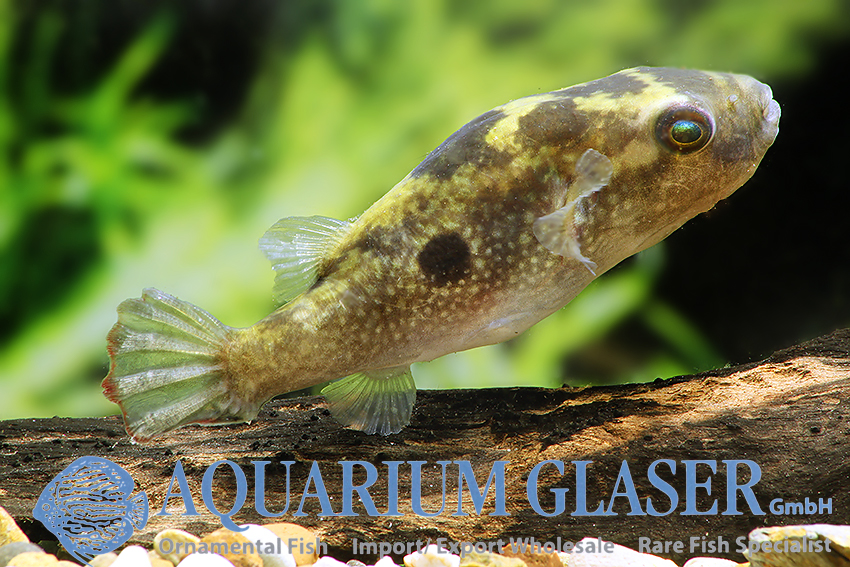 L. cutcutia was described scientifically from the Ganges in India, from where the imports usually also take place. Since this is a pure freshwater species that even avoids brackish water, it is amazing that L. cutcutia also occurs in Thailand, although India and Thailand are separated by mountains that are insurmountable for freshwater fish by land. According to Thai nature guides, L. cutcutia only occurs in the extreme south of the country in the Malay Peninsula.

We have now received a nice number of this puffer fish from Thailand. As typical for the glow-eye puffer fish, the animals can change their colouring drastically.

For our customers: the animals have code 461403 on our stocklist. Please note that we only deliver to wholesalers.