We obtained from Thailand five specimens of that odd goby which are about 15 cm long. Our first idea was that they would belong to the species Oxyeleotris urophthalmus. The genus Oxyeleotris is repersented by three species in Thailand, two of them with an ocellus in the upper part of the caudal peduncle. Both are very similar to each other externally. Another very similar species from Thailand, also with an Ocellus, is Bostrychus sinensis. All of them attain a length of about 20 cm. Smith (1945) gives the best identification key available so far for the three species. According to him, Bostrychus sinensis has very small scales, about 140 in lateral line and very small teeth that are arranged in bands. Oxyeleotris has canine teeth. O. siamensis has about 90 scales in lateral line (about 40 predorsal scales), a small barbel on both sides of the upper jaw and the snout is unscaled. O. urophthalmus has 70-75 scales in lateral line (about 30 predorsal scales), no barbels and a scaled snout. 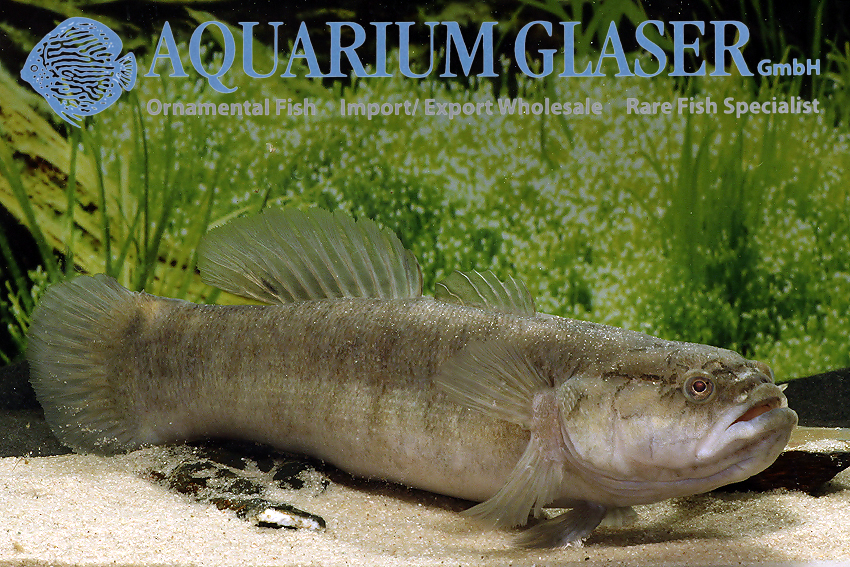 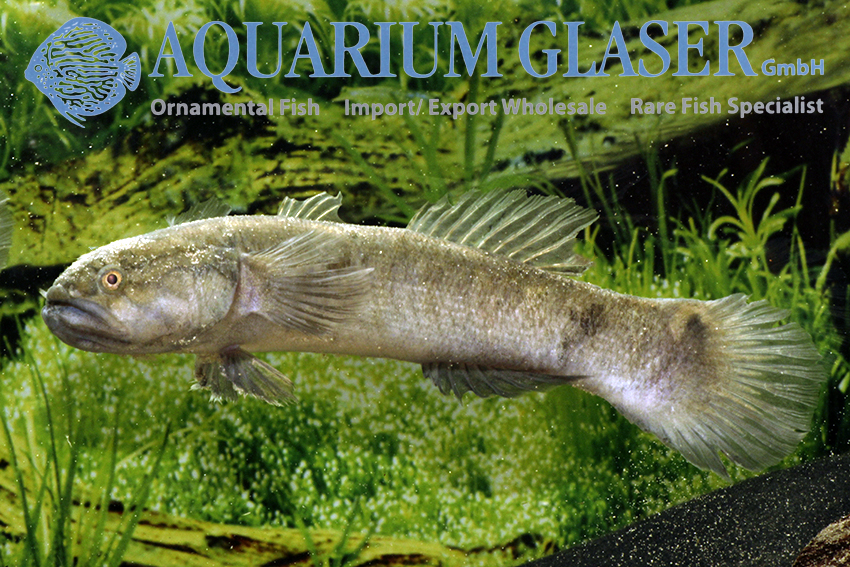 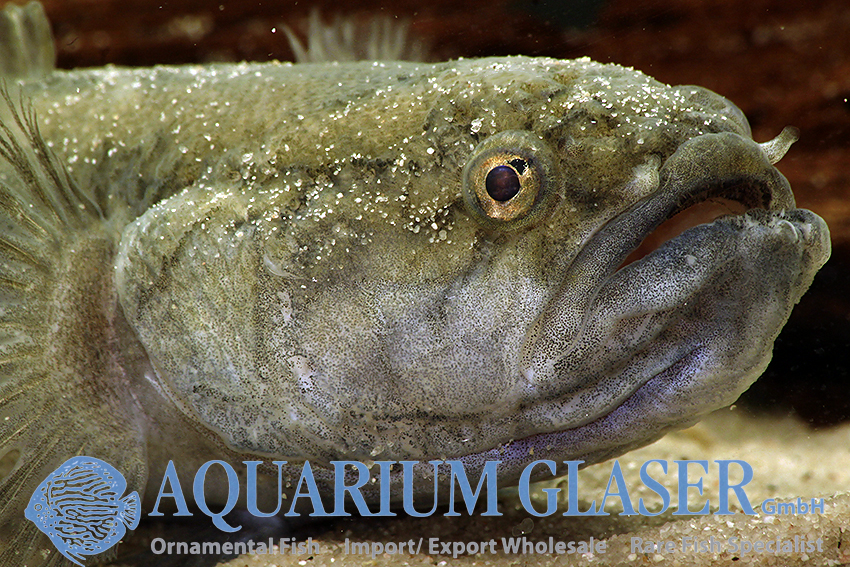 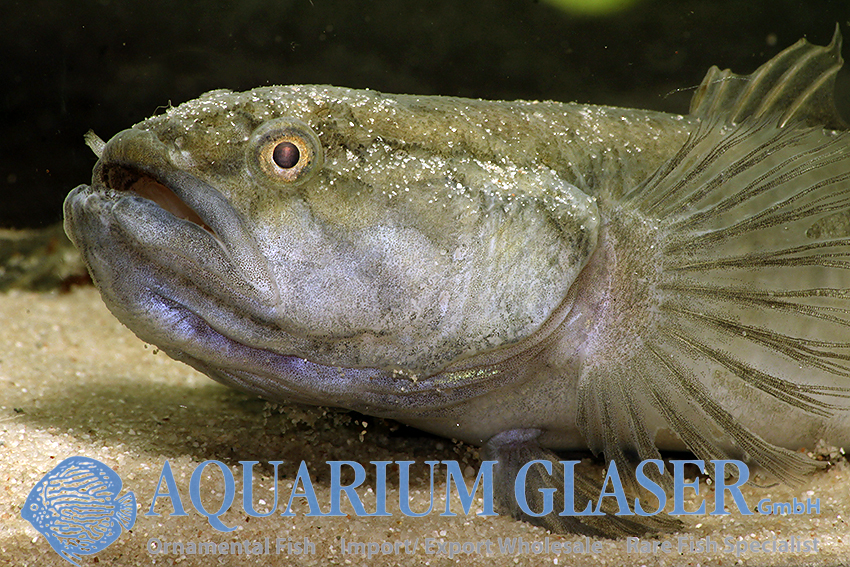 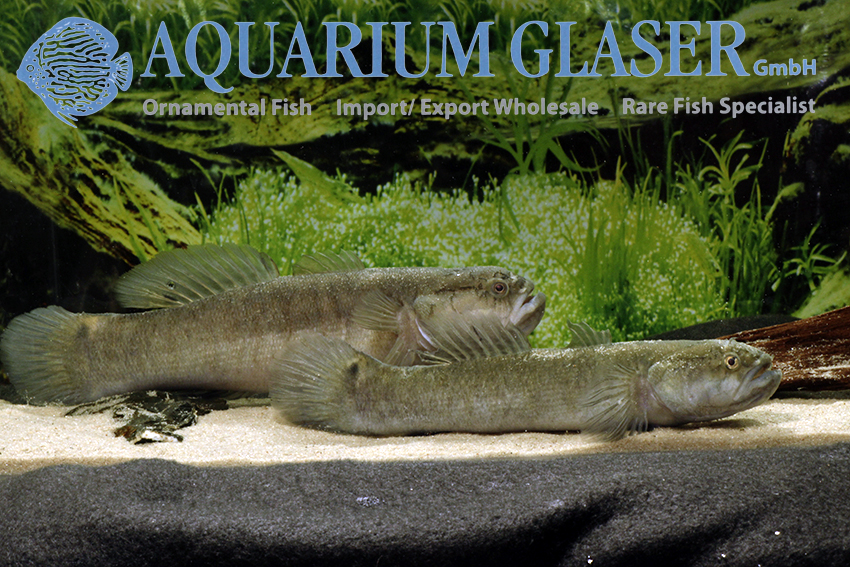 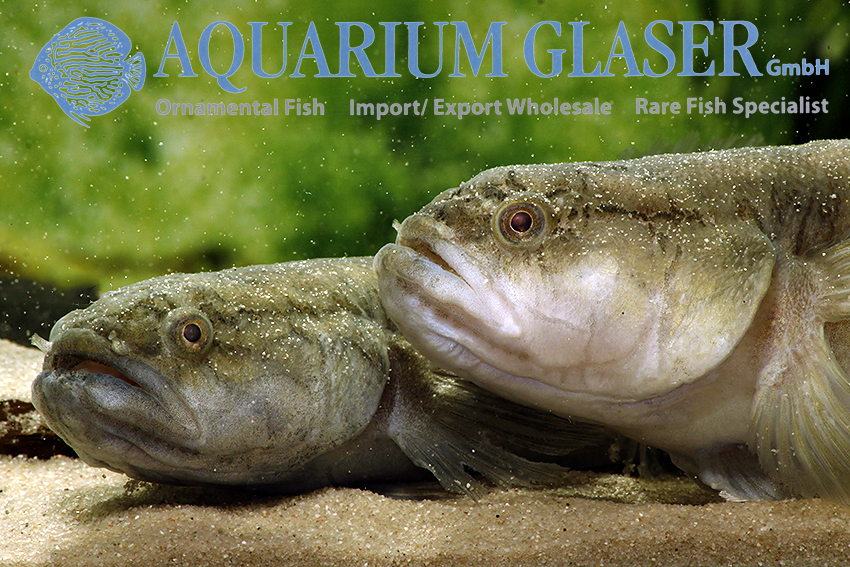 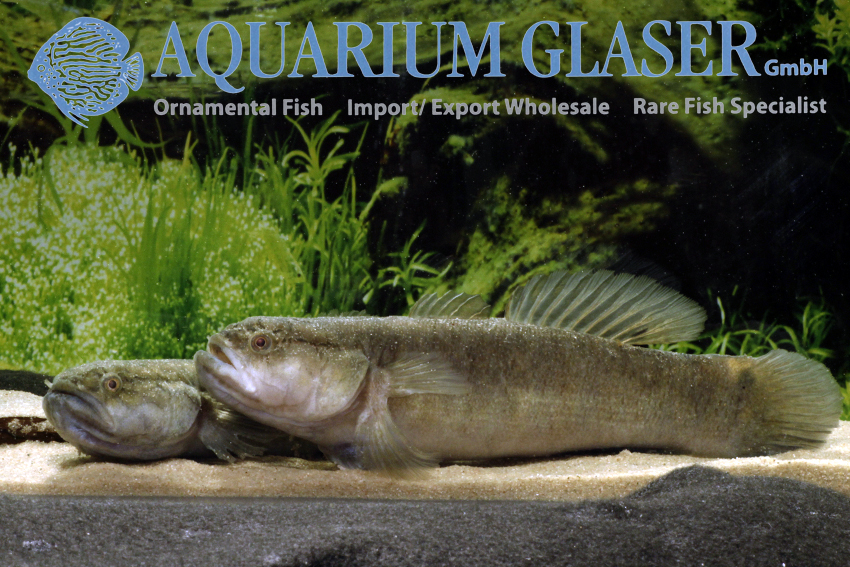 Our fish have canine teeth, no barbels, about 75 scales in lateral line and about 20 predorsal scales (these counts were made from photos) and no visible scales on the snout. So the results do not fit for one of the two Oxyeleotris species, although it is pretty difficult to get proper counts of the small scales that are embedded in thick mucus.

We had to start again. We found Odonteleotris macrodon, a species with a very wide distrubution from India to Malaysia and Indonesia. This species also has an ocellus. Although the scale counts do not fit perfectly (this species has usually about 90 scales in lateral line) all other external features do.

So obviously Odonteleotris macrodon also occurs in Thailand, a finding that is not much surprising, but not reported so far in the scientific literature.

Odonteleotris macrodon is a brackish water species that is also found in pure freshwater. It attains a maximum length of about 30 cm and is a predatory fish. The larvae develop as far as it is known in marine environment.

For our customers: the animals have code 414745 on our stocklist. Please note that we exclusively supply the wholesale trade.