Currently we have a really unusual species of fish in our fishhouse: Polynemus paradiseus. The Polynemidae family is almost unknown to hobbyists, despite the fact that over the centuries 96 species have been described, 42 are still valid, and these fish are important food fishes in their home range. Two species of the genus Polynemus have only 7 spines in the first dorsal fin (most species have 8), namely P. paradiseus, a species decribed as early as 1758 by Linné and P. hornadyai, described in 1936 by Myers. While P. paradiseus has a very wide distribution along the whole eastern coastline of the Indian subcontinent to Thailand, P. hornadyai is known so far only from the Malayan part of Borneo. 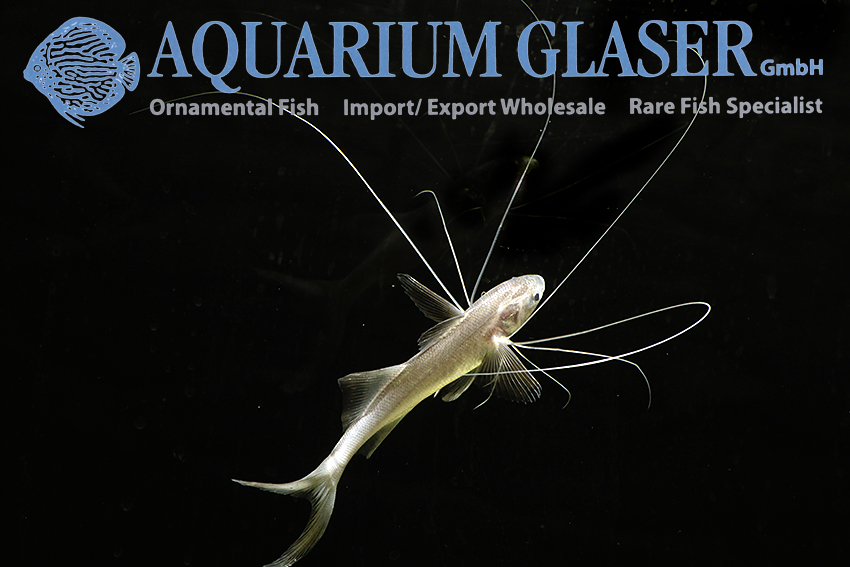 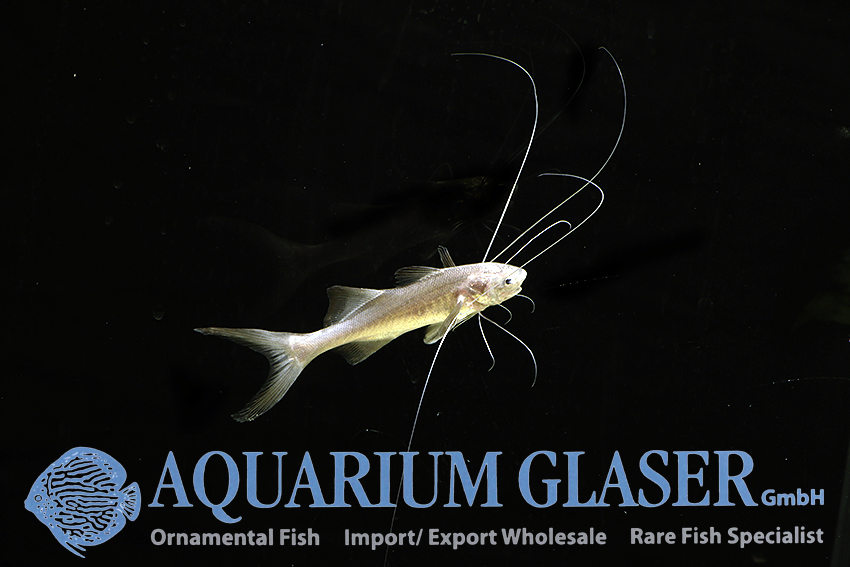 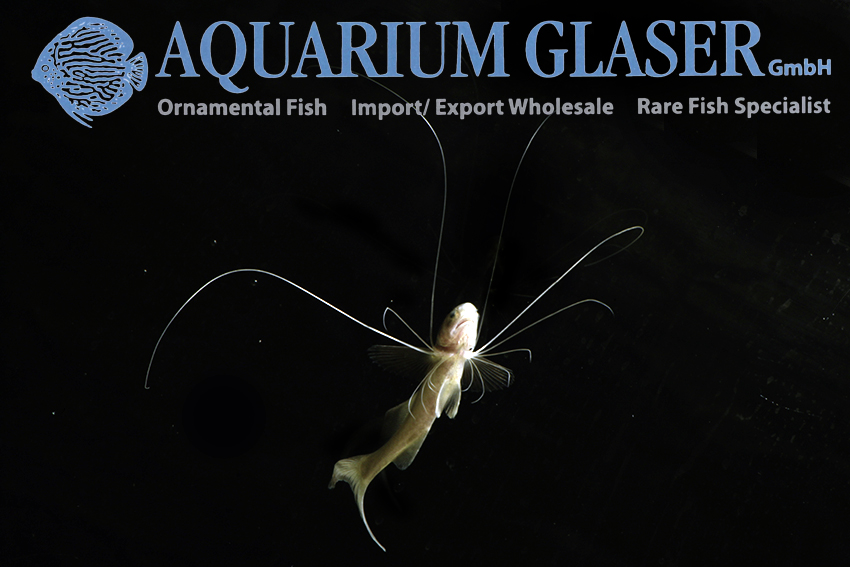 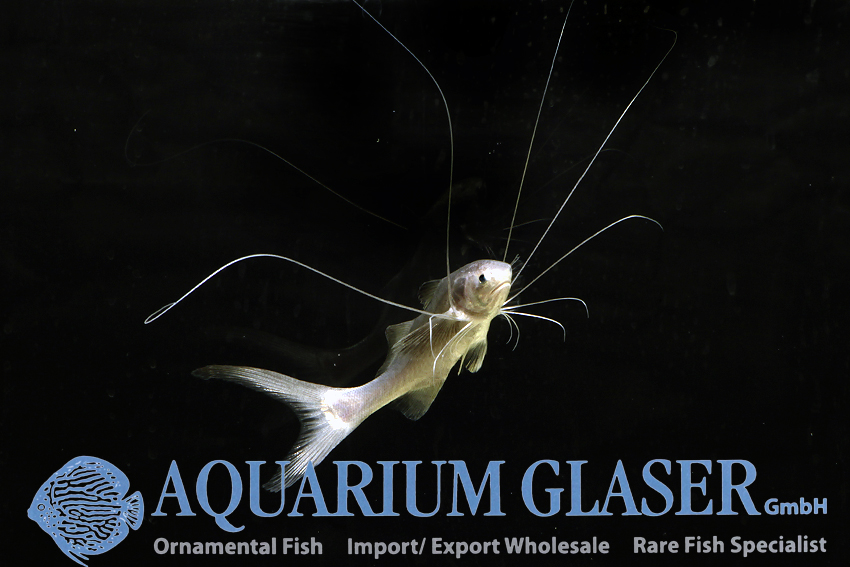 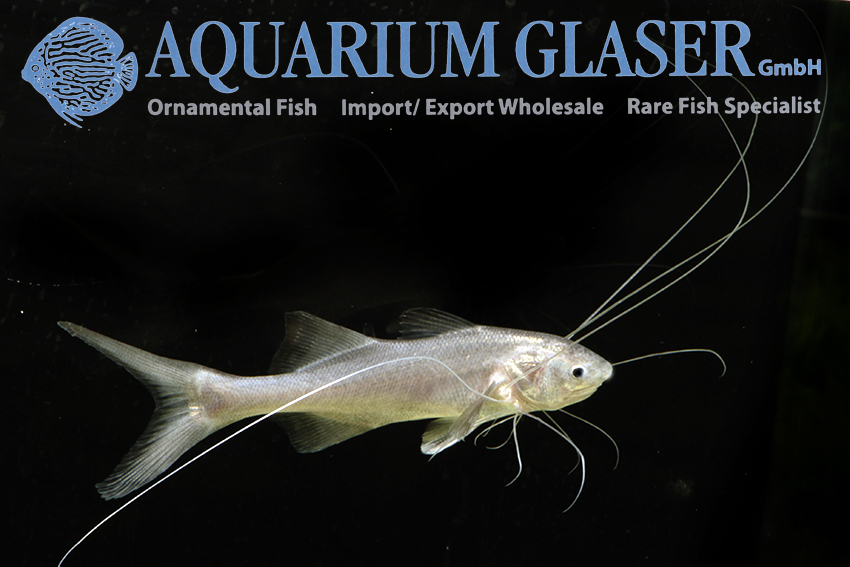 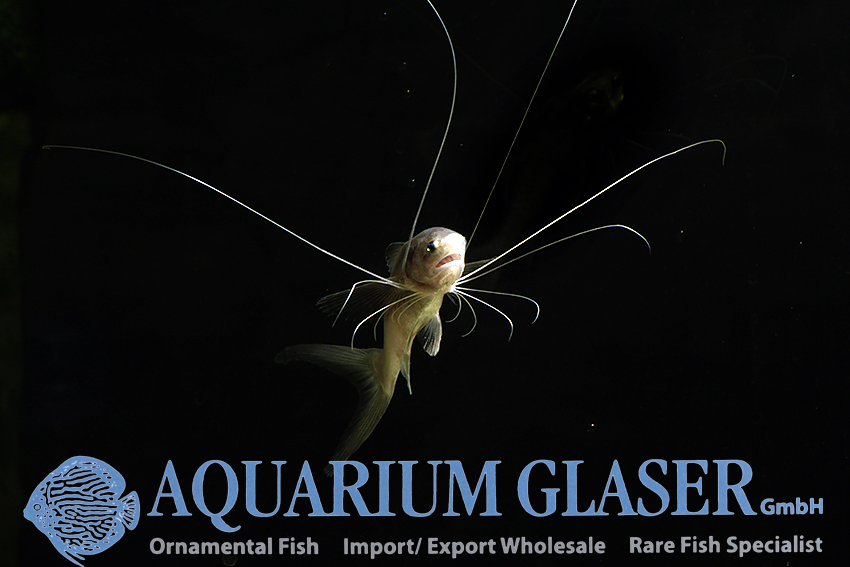 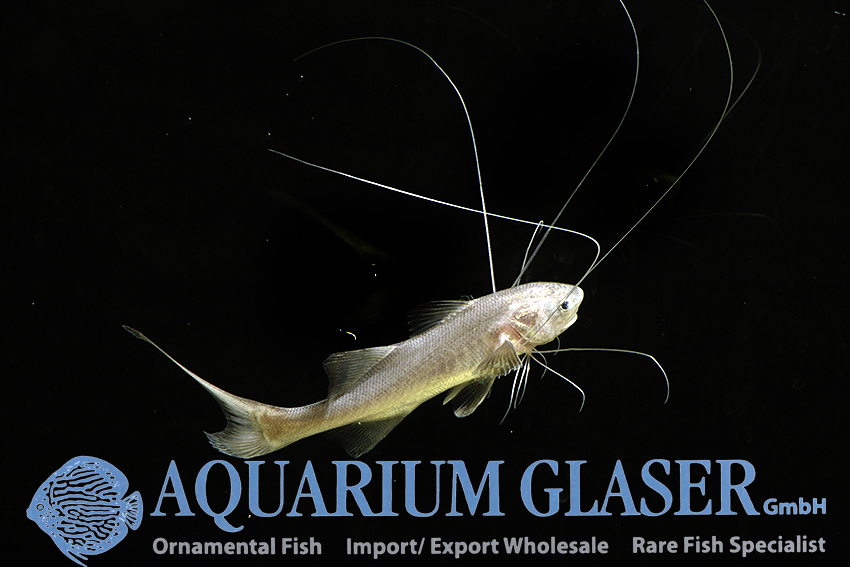 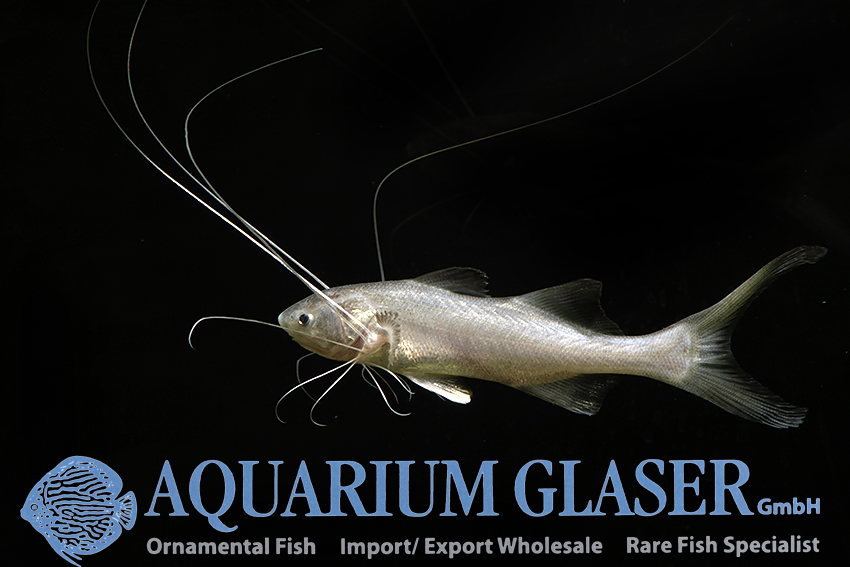 We have some very charming youngsters of P. paradiseus from Thailand in stock. The fish come from aquaculture and are only 6-8 cm long, but the long filaments are much longer than the body inluding tail fin. These filaments serve as sensitive organs, comparable to the ventral fins of the gouramis (Colisa and Trichogaster). The origin of the filaments in Polynemus are the pectoral fins. Basically speaking, Polynemus inhabit river mouths and prefer brackish water. Maximum length reported for P. polynemus is 30 cm, but only very rarely specimens longer than 17 cm are collected.

These unusual fish should be kept in large aquaria with sandy bottom and as little furnish as possible; they need free space for swimming. They feed on small invertebrates, bloodworm is a perfect food for them. Against conspecifics and other fish, P. paradiseus are completely peaceful, but one must take care that other fish do not nip on the long filaments. These fish need high oxygen contents and are very sensitive against organic pollution of the water. In a long time sight they should be kept in strong brackish water (10-15 g salt/litre) or in pure marine water, although our specimens are adoipted to pure freshwater.

For our customers: the fish have code 443842 on our stocklist. Please note that we exclusively supply the wholesale trade.