The slender freshwater needlefish from South America are much sought for by specialists. Many years only one species was mentioned in the aquarium literature, namely Potamorrhaphis guianensis. This species really exists and is said to be fairly wide spread in South America. But it seems that the needlefish we obtain from Peru currently belong to another species. 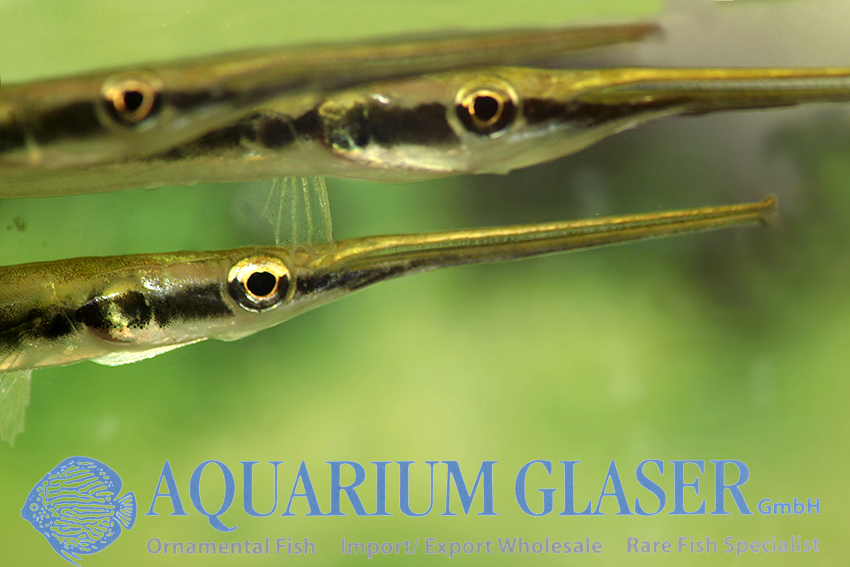 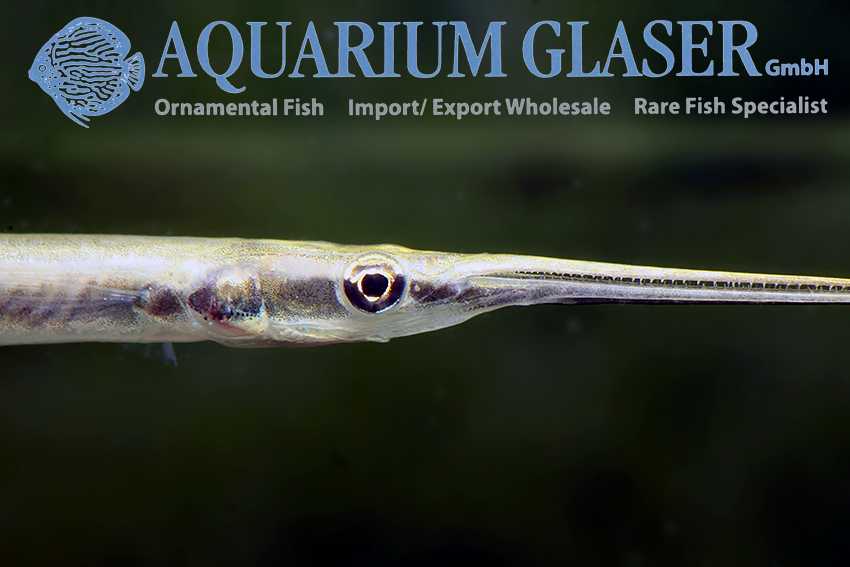 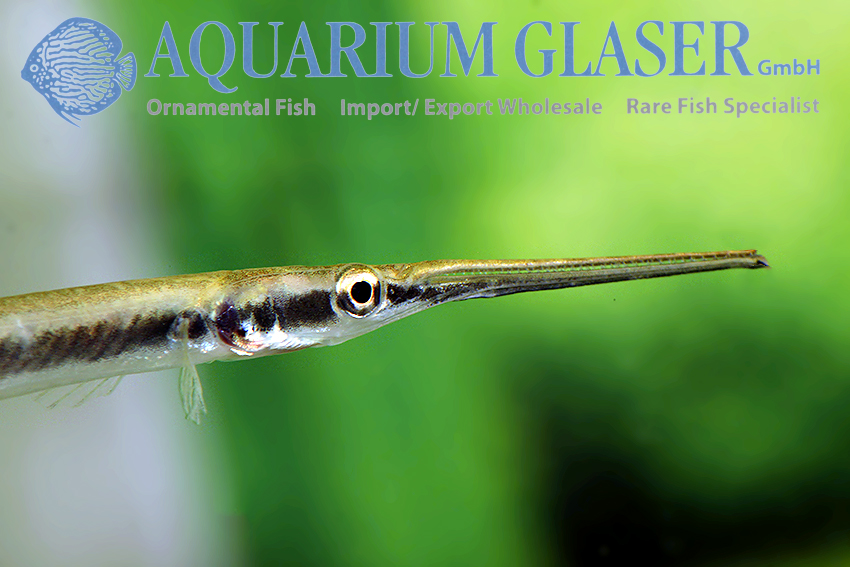 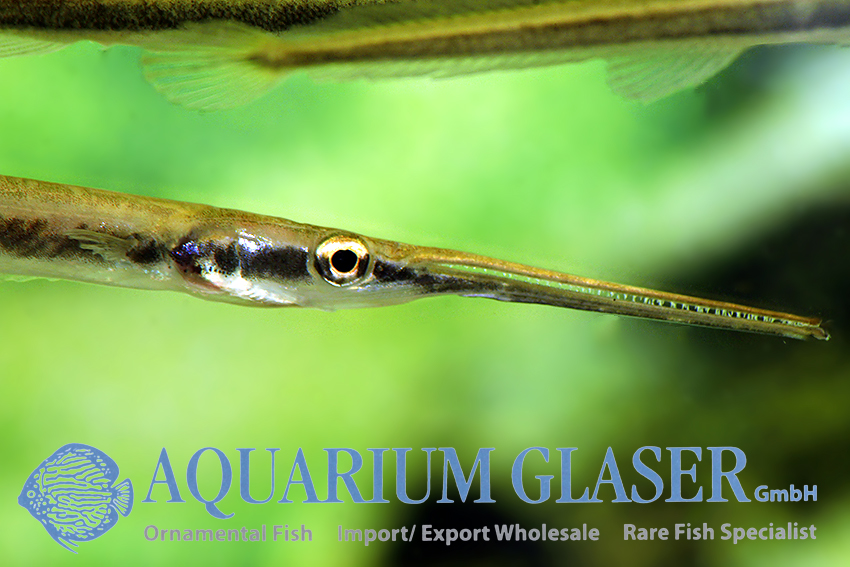 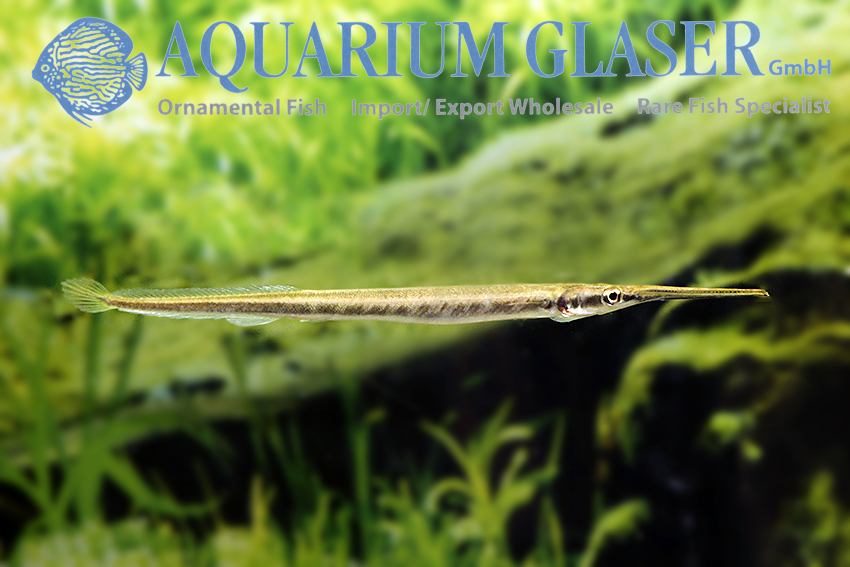 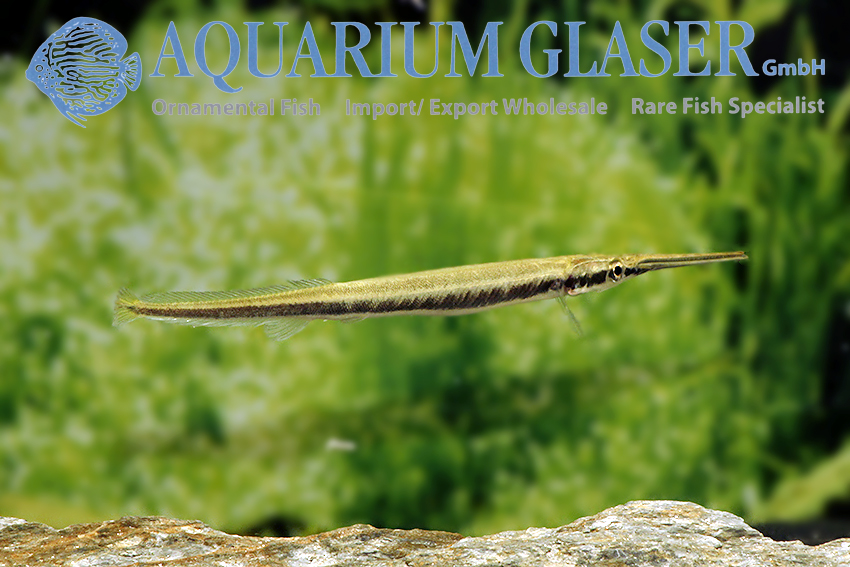 There are four accepted species within Potamorrhaphis and after studying the scientific lterature it seems most likely that the Peruvian fish belong to the species P. labiatus. The differences between P. guianensis and P. labiatus mentioned in the scientific literature are not visible in live specimens; anyway, differences in coloration are much more important for us. The most distinctive feature in our Peruvian imports is that there are vertical stripes extending from the lateral stripe in direction of the back. In P. guianensis – judging from photos of live fish collected in Guyana – the lateral stripe is solid and has no extensions.

Potamorrhaphis labiatus attains a maximum length of about 18 cm. Against conspecifics the fish are absolutely peaceful. During the phase of settlement one must take extra care that the fish don´t panic, for otherwise they could heavily hurt the sensitive beak. However, minor wounds of that type are unavoidable and will heal without any complications.

Initially these predators have to be fed with live feeder fish, but well settled specimens accept after some time deep frozen fish from a forceps, too.

For our customers: the fish have code 281544 on our stocklist. Please note that we exclusively supply the wholesale trade.