There are four species of lungfish occuring in Africa. It is sometimes pretty difficult to distiguish them. In any case the Westafrican Lungfish (Protopterus annectens) is the most common one in the ornamental fish trade, although „most common“ has to be seen as very nuanced. These fish become almost a metre long and are very quarrelsome against conspecifics. So only few specimens become imported per year. 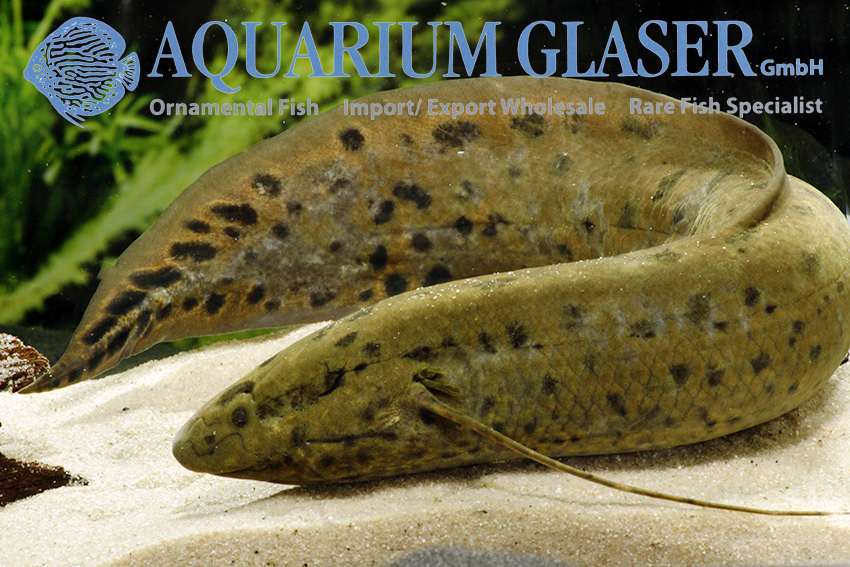 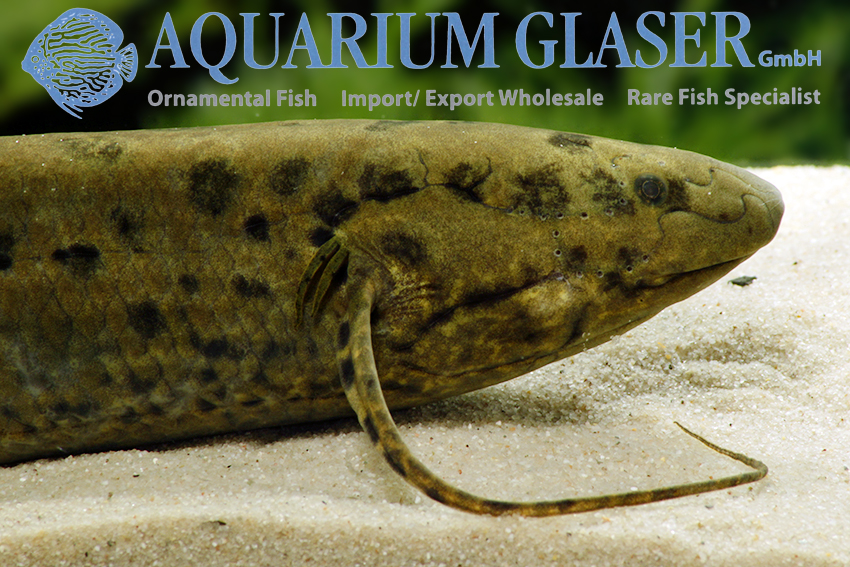 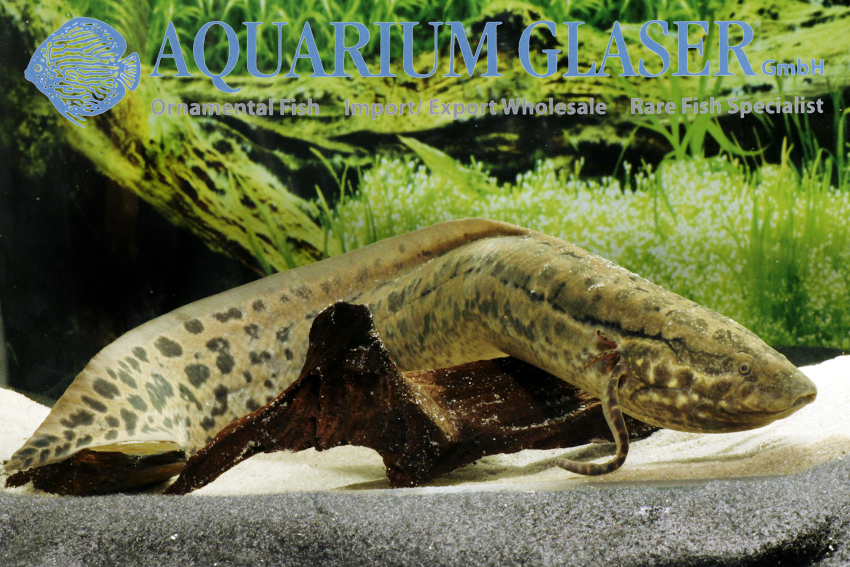 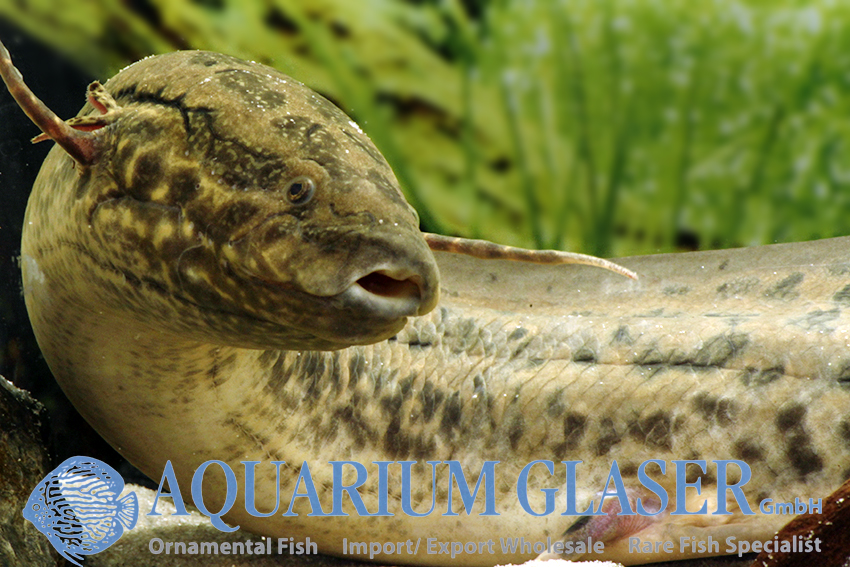 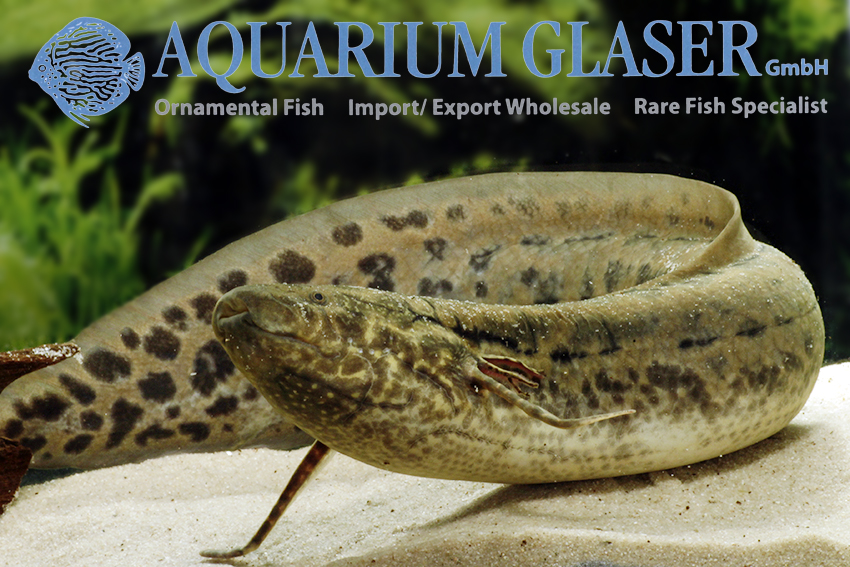 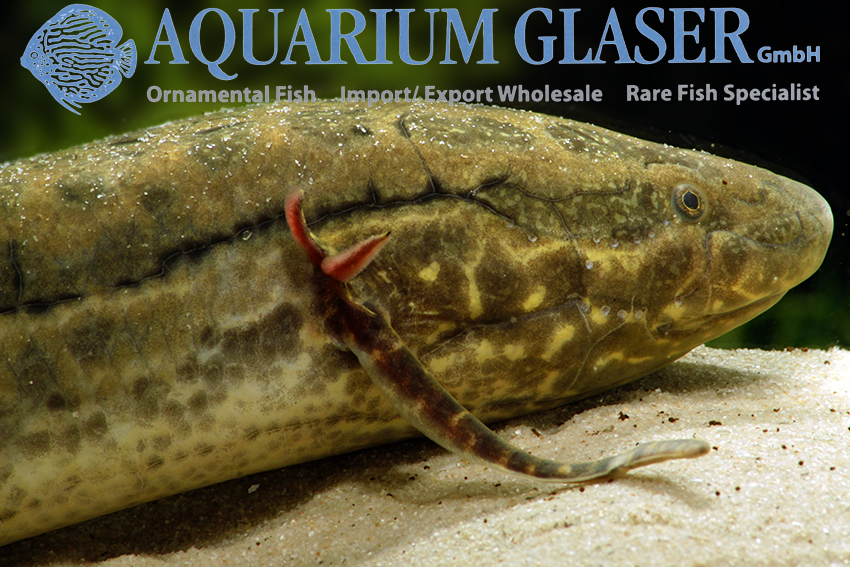 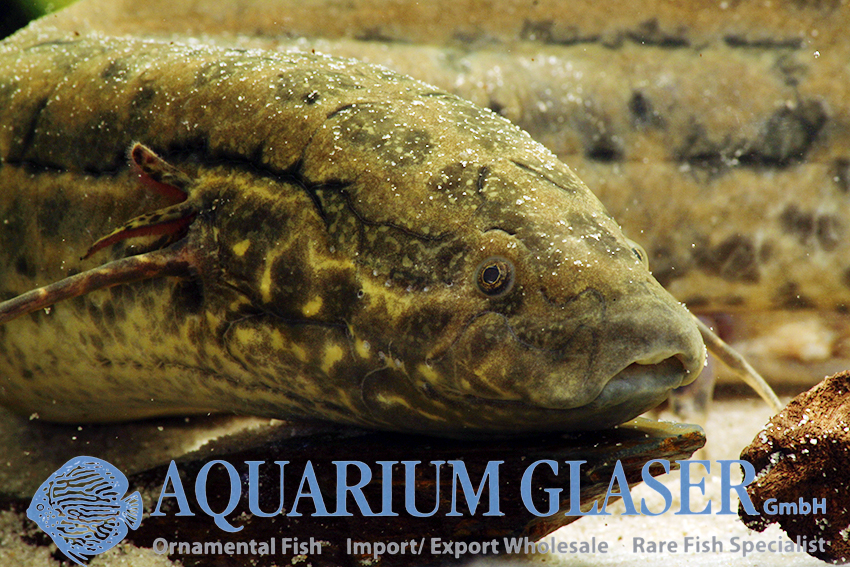 The animals we currently have in stock are between 15 and 25 cm long. So the largest of them are already sexually ripe. The only species of African lungfish in which a scientific research has been done in respect of external differences of the sexes is P. annectens. According to that the males have a broader and longer head compared with the females.

Despite their breathing through lungs many specimens of P. annectens have external gills over a very long period. These external gills are typical for all juvenile lungfish and remind one in larvae of newts and salamanders. Each individual of P. annectens can be recognized by the pattern. There do exist animals with a contrasting leopard pattern, but others from the same locality can be uniform beige. So the coloration does not express anything about locality or sex.

It is quite astonishing, but these large fish prefer small food items. Of course small fish will live always in danger of becoming eaten in the company of lungfish, but they definitely prefer worms or granulates for food.