We received from Indonesia once more a nice shipment containing pretty Sicyopus gobies. These gobies are – despite the external similarity – not feeding on Aufwuchs and microfilm like Stiphodon and Sicyopterus, but are little predators that feed on quite large food items. These include also very small fish and shrimps up to a length of about 1 cm, although the gobies become only 5-6 cm long and are very slender fish. 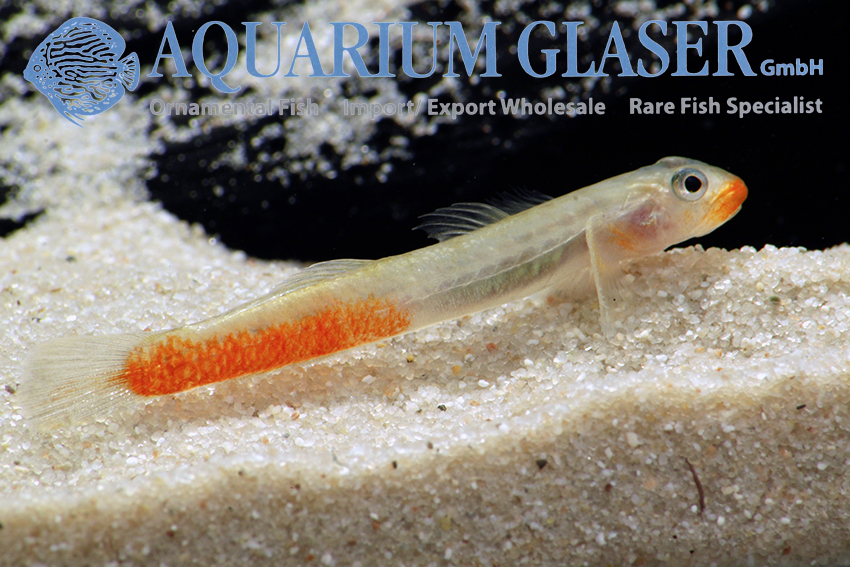 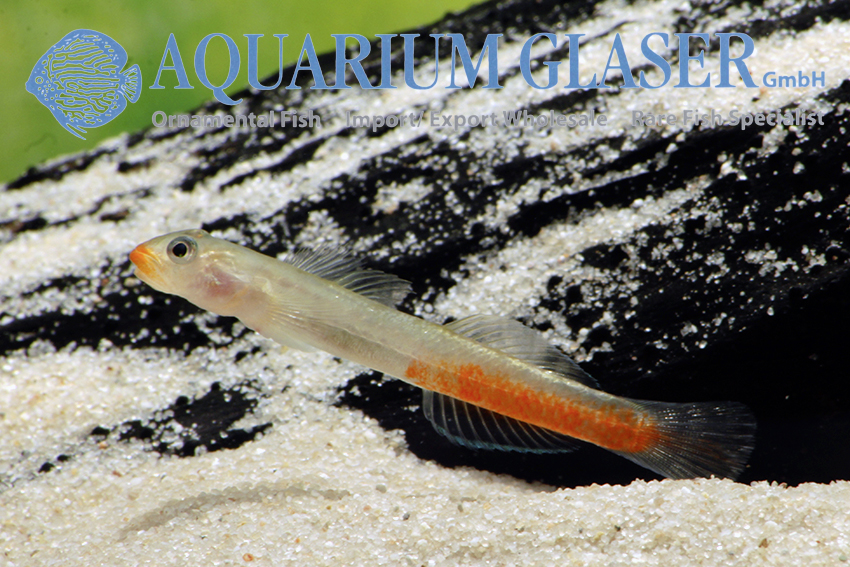 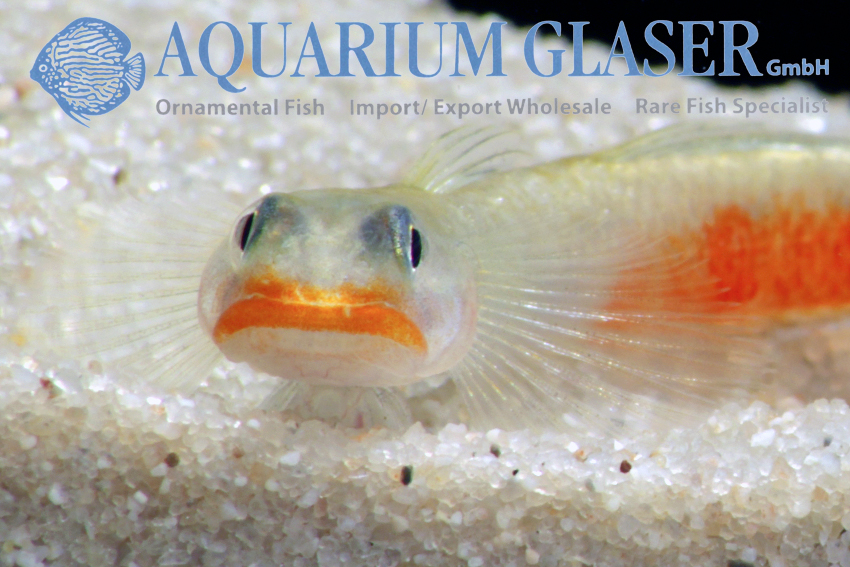 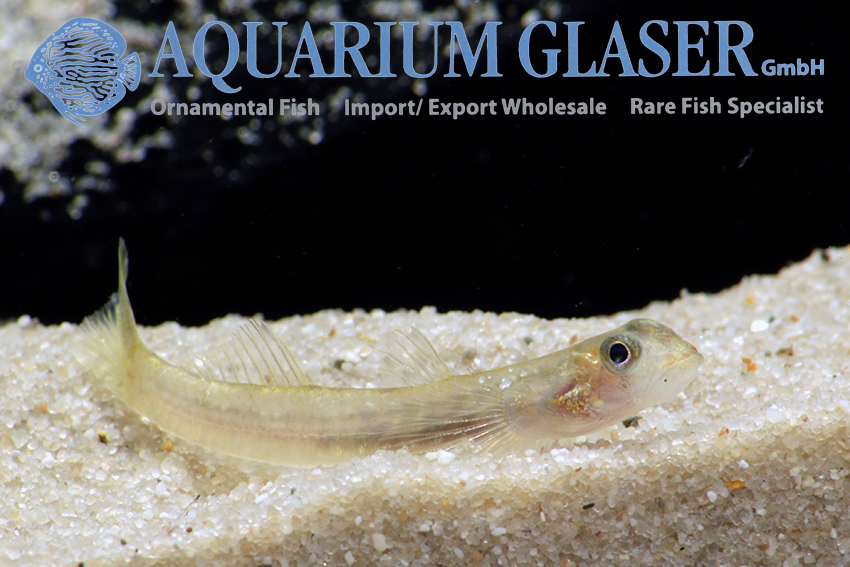 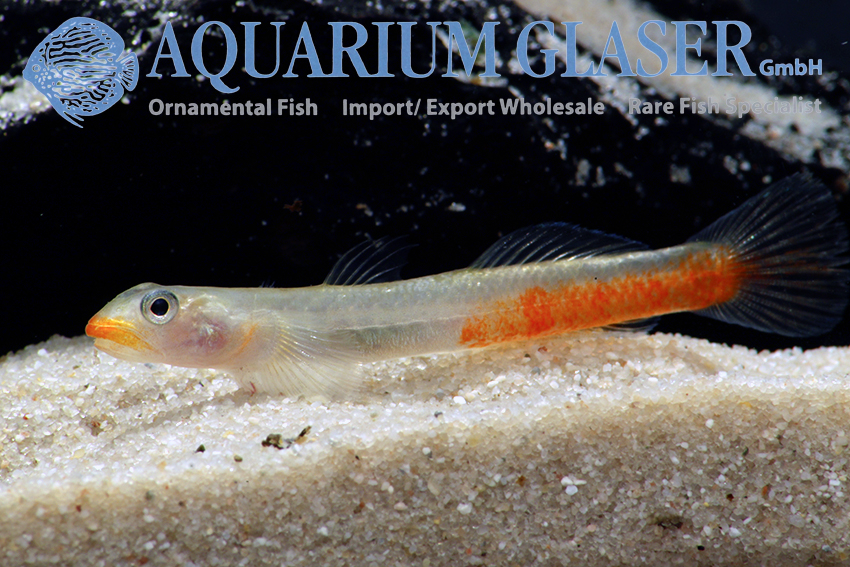 In respect of the determination there appeared at lot of trouble. Initially the fish were totally colourless and we thought they would belong to the species Sicyopus zosterophorum (Bleeker 1856); but then many males obtained full coloration and were pretty sure that the fish are S. exillisquamulus Watson & Kottelat 1994 – or at least almost sure. For in the latest scientific literature the species S. exillisquamulus has been considered to be a synonym of Sicyopus auxilimentus Watson & Kottelat 1994.

Our first importation of S. rubicundus dates back to the year 2006. At that time we termed them Sicyopus sp. Red. The species is distinguished from S. zosterophorum by the lack of a black stripe under the eye, bright orange lips and the lack of clearly visible vertical stripes. Moreover the basic coloration of S. rubicundus is rather orange and in S. zosterophorum red. The females of both species are almost colorless. 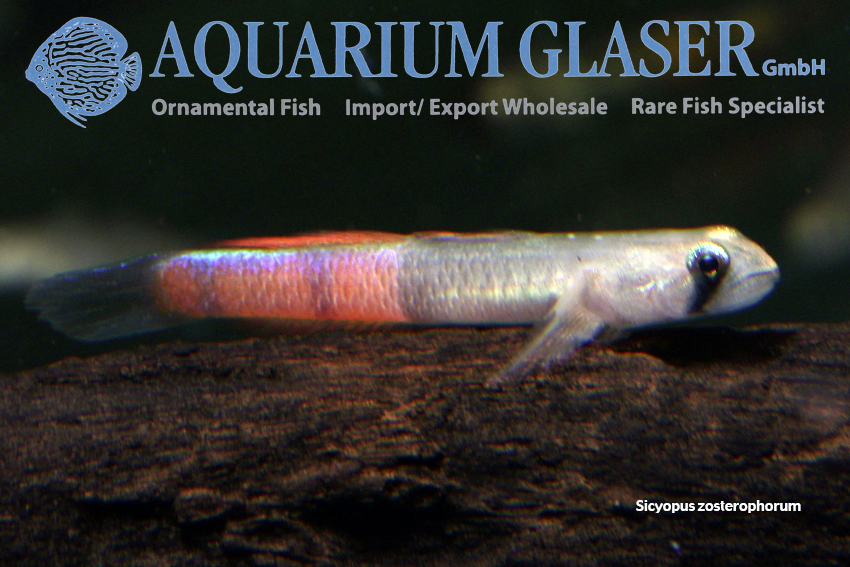 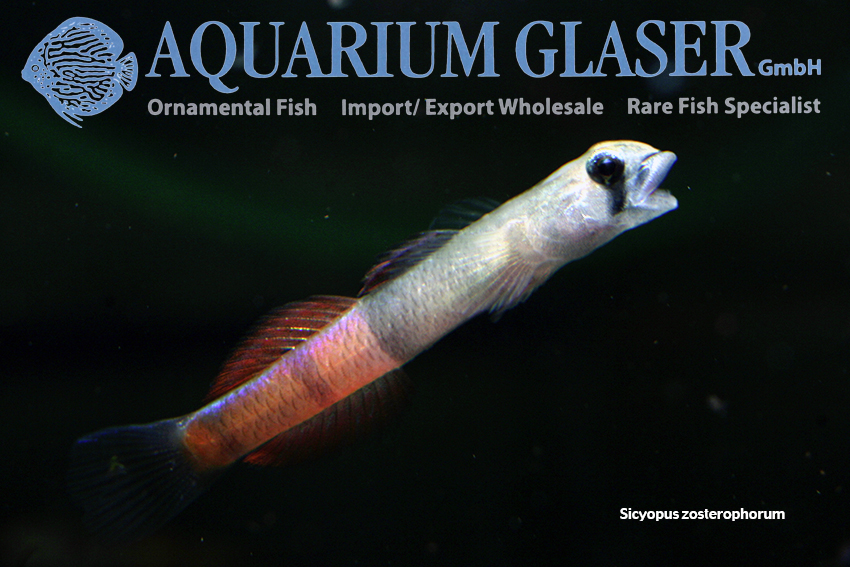 Sicyopus are inhabitants of brooks and like clear, clean, and running water, hiding places and sandy bottom. Sicyopus regulary spawn in aquaria, they are cave brooders, but the larvae are very tiny and develop in marine environements. We have not heard so far from a successful rearing of the larvae under hobby conditions.

For our customers: the animls have code 456183 on our stocklist. Please note that we exclusively supply the wholesale trade.