The Spotted Gourami, Trichogaster trichopterus, is one of most widespread species of fish in Southeast Asia. Its range starts in the west at the burmese/thai border, it contents the Sunda islands and reaches in the East to China. Additionally the species has been introduced almost worldwide as a food fish in tropical climates. 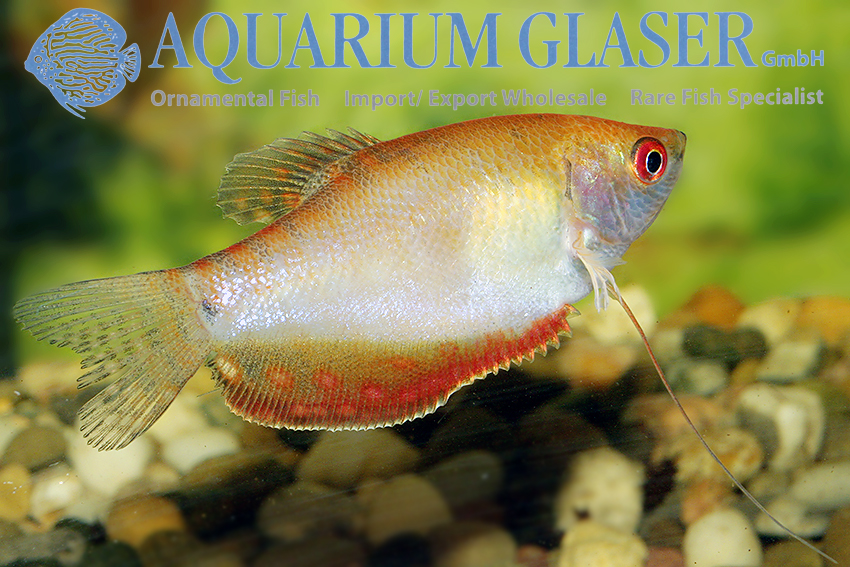 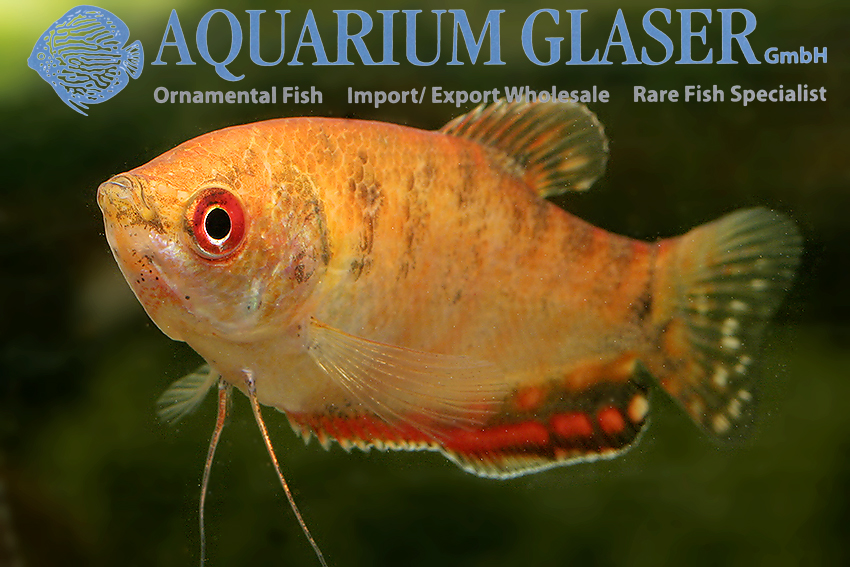 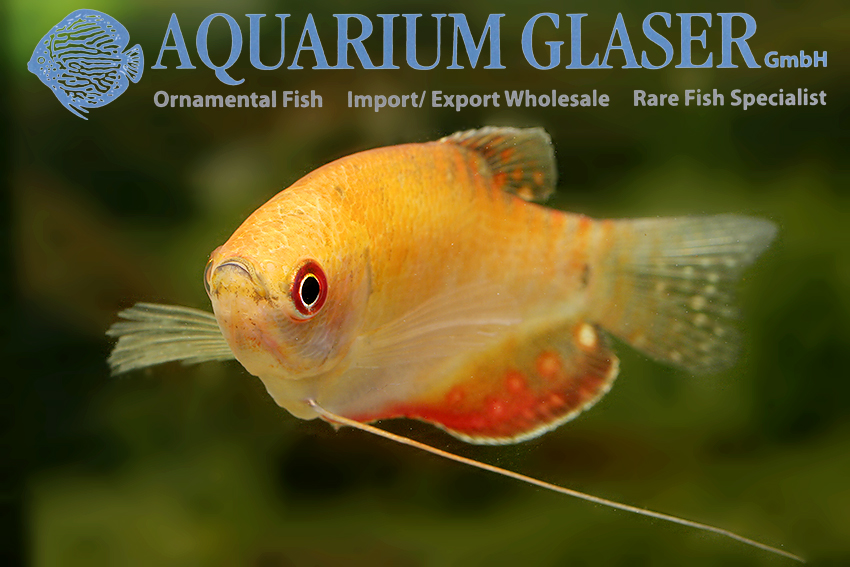 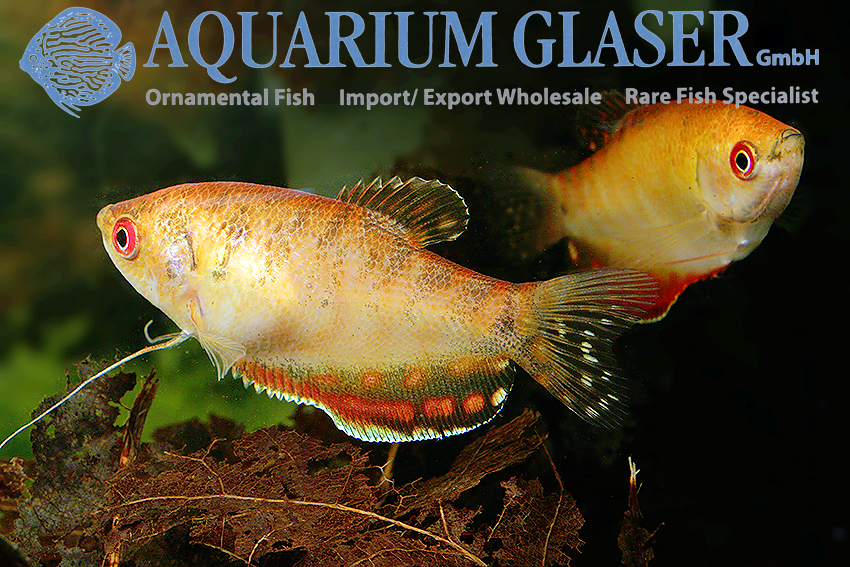 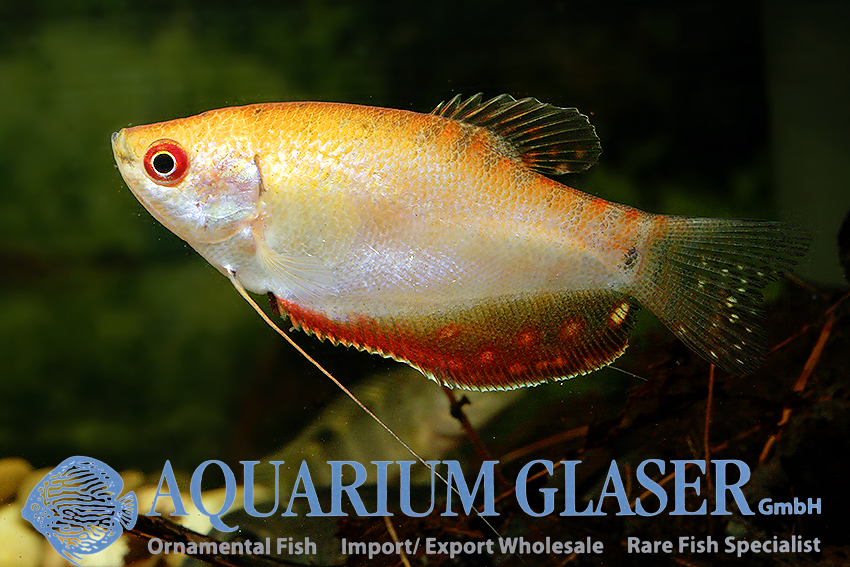 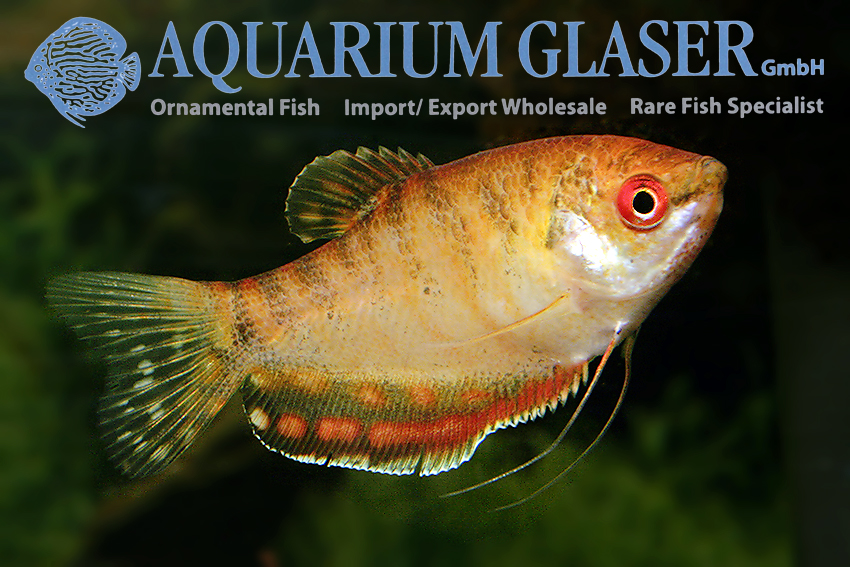 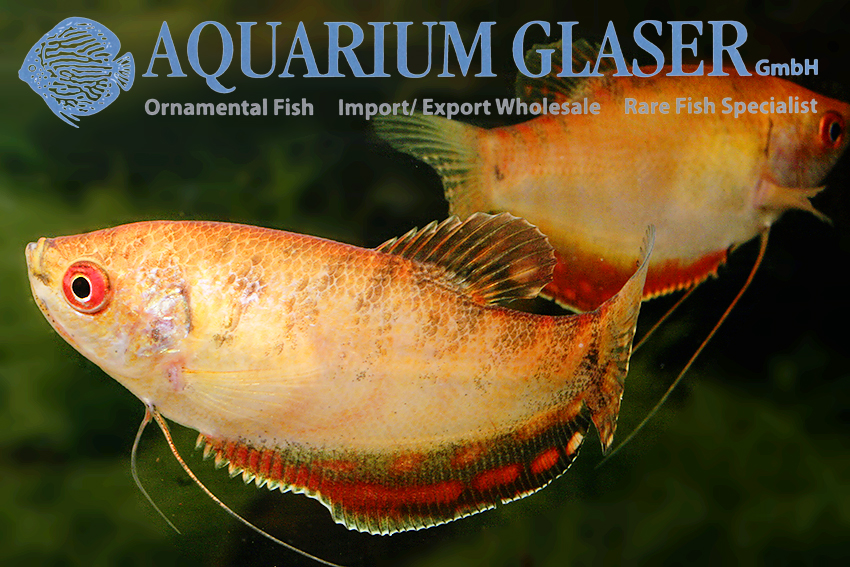 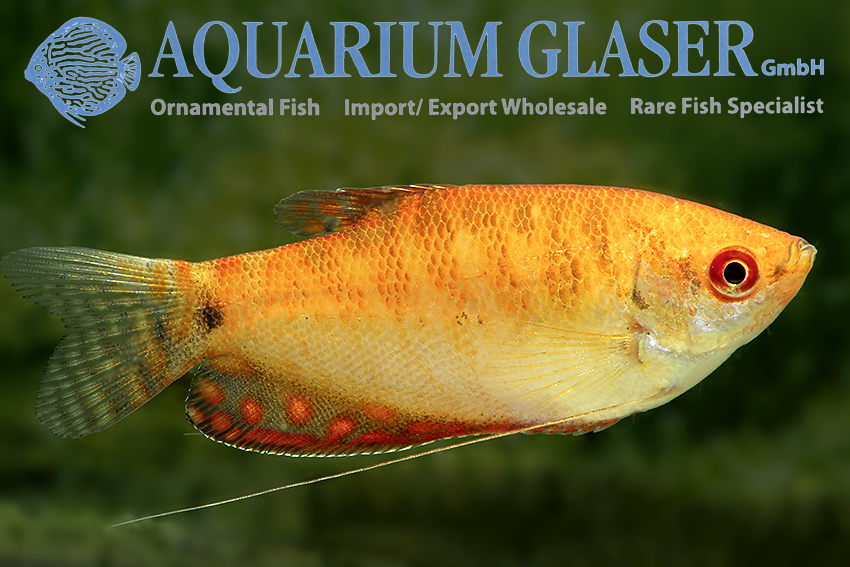 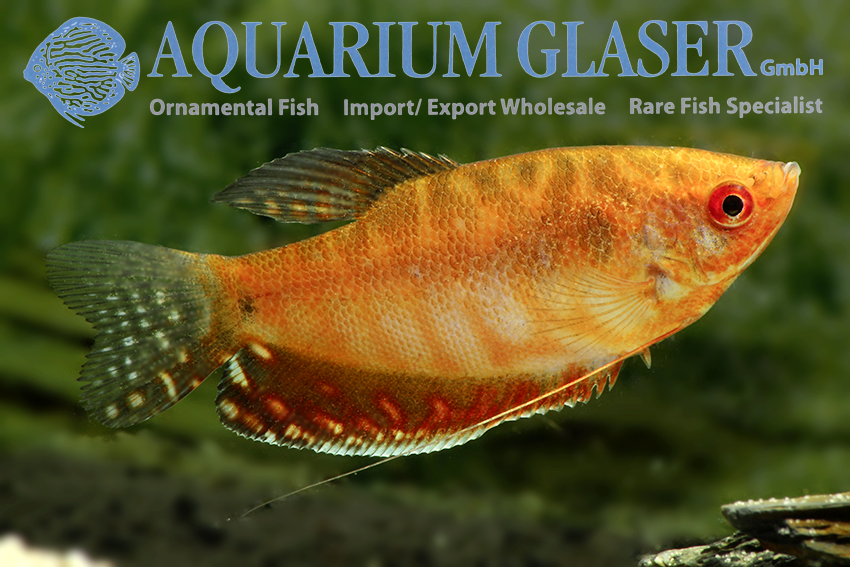 Crossing of different natural populations leads very fast to cultivated forms. This effect is well known from other ornamental fish also, like Guppy or Angelfish. In these species the initially plan free crossing of specimens led to many cultivated forms, too.

The golden cultivated form of the Spotted Gourami is known for a long time already. It is part of the daily stock in any pet shop worldwide. But currently the breeders have tried to produce a better quality in this fish and this resulted in what we call „Golden Red Eye“, a sport that has brillant colours and a ruby-red eye.

For our customers: the animals have code 470022 on our stocklist. Please note that we exclusively supply the wholesale trade.