This beautiful fish, a serrasalmid and thus a relative of piranhas a pacus, is still enigmatic for scientists. The species Metynnis fasciatus has been described on the basis of a young fish from Brazil (Rio Capiru). The type specimen is regarded as lost. The species is identical with M. hypsauchen in all respects exept the coloration in young specimens. In M. fasciatus a pattern of regular and bold stripes exist which is lacking usually in M. hypsauchen. Until now no adult specimens with a regular stripe pattern is known to scientists and it was thought that M. fasciatus represents only a rare juvenile phase of M. hypsauchen. 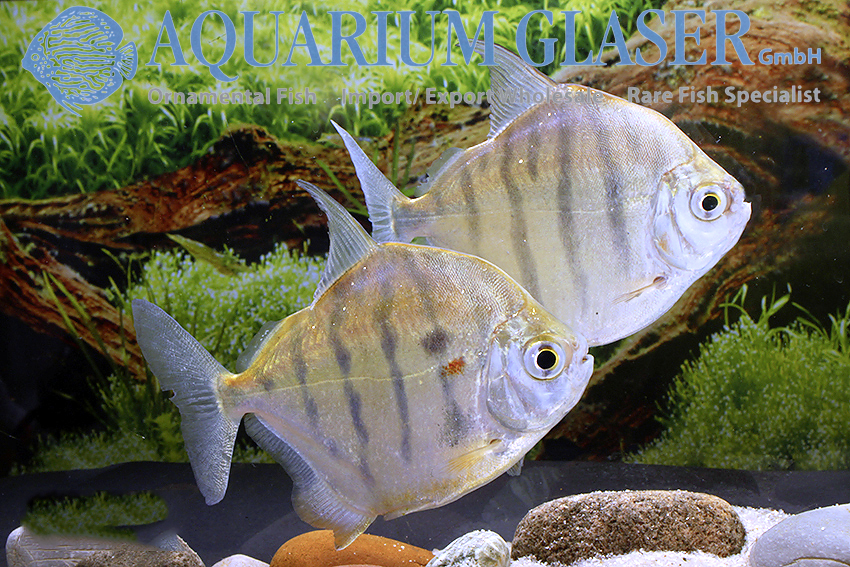 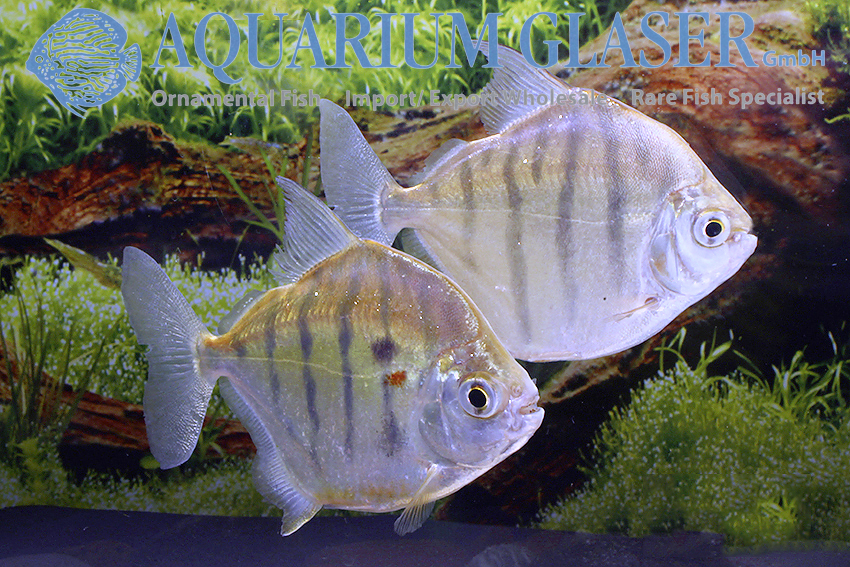 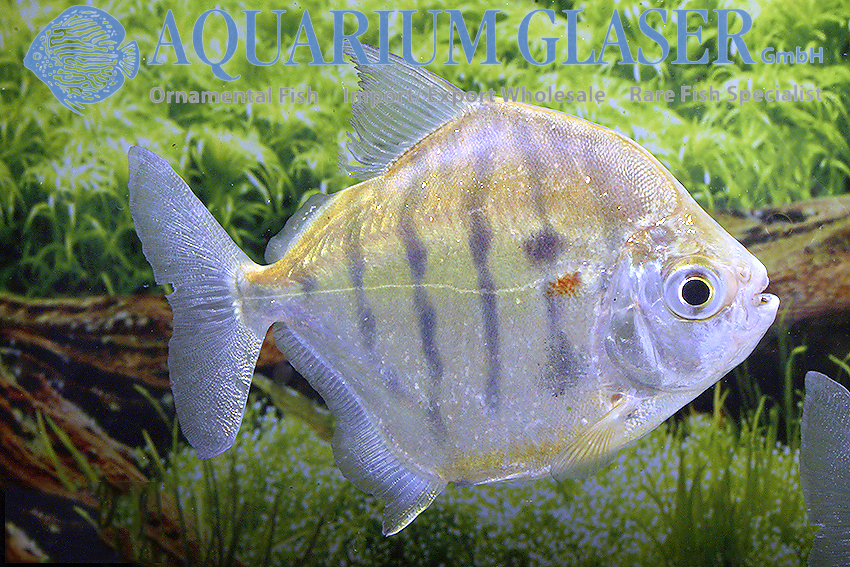 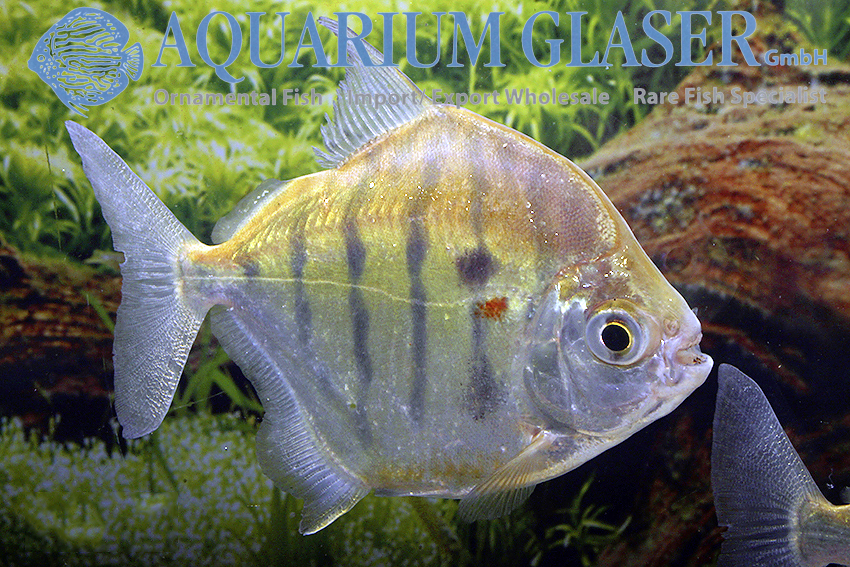 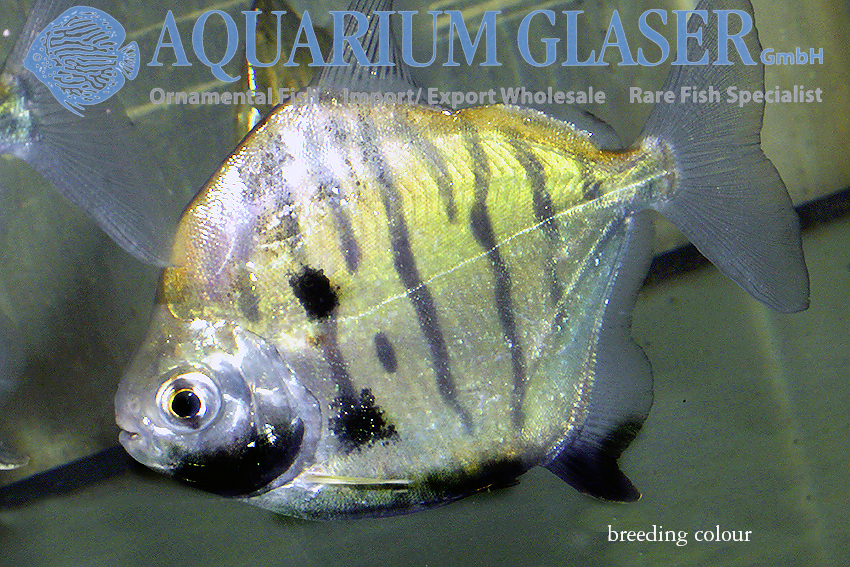 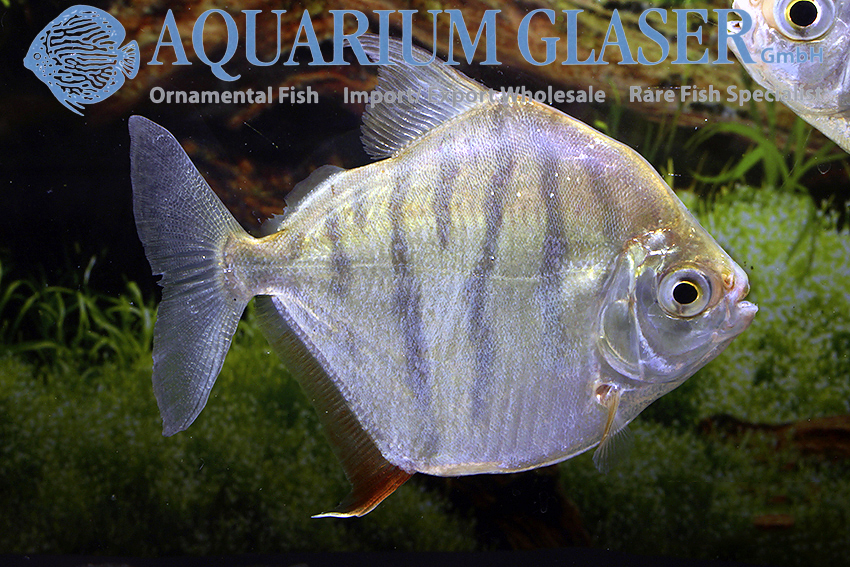 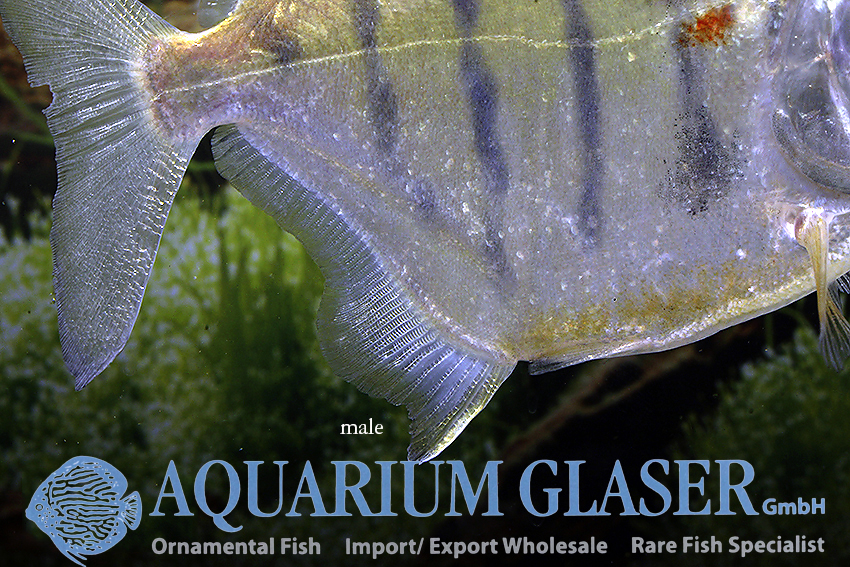 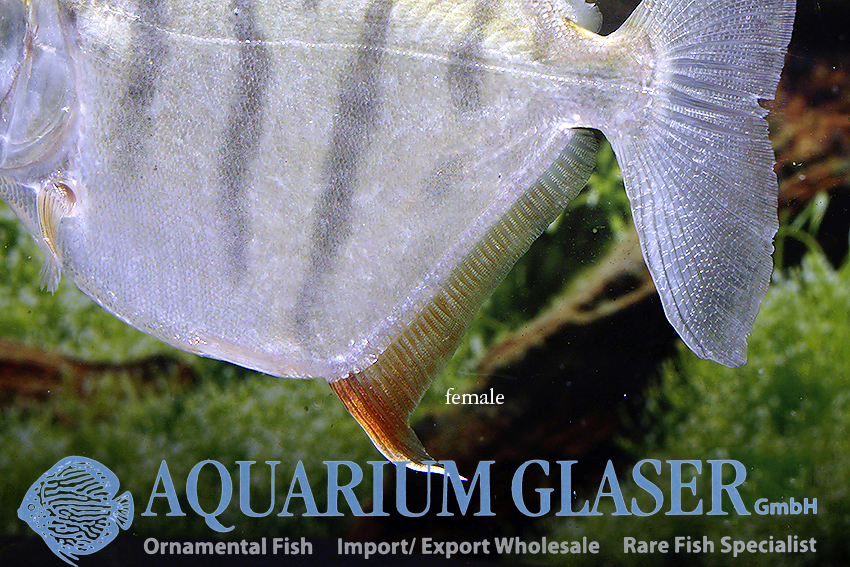 However, we were able to import again comparatively large (8-10 cm) specimens of this extraordinary silver dollar from Brazil. Each specimen shows an individual pattern, but all were sexually differentiated already and thus definetly no juveniles anymore.

For our customers: the fish have code 267754 on our stocklist. Please note that we exclusively supply the wholesale trade.

Lexicon: Metynnis: ancient Greek, means “in between the share”; this refers to the spine before the dorsal fin. fasciatus: means “striped”.